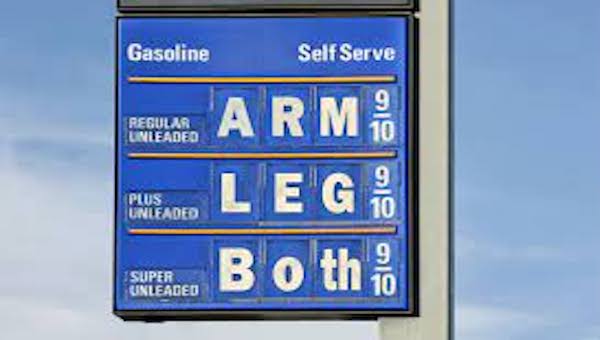 A new Rasmussen survey revealed Monday that most likely voters are far more concerned about rising energy costs and want increased oil and gas exploration than are worried about reducing climate change.

According to Rasmussen, which did the survey with the Heartland Institute, “82% of Likely U.S. Voters are concerned about rising energy and gasoline prices, including 60% who are Very Concerned.”

The veteran polling firm also reported that “Sixty percent (60%) favor a law that would dramatically increase oil and gas drilling in the United States, including 47% who would Strongly Favor such a law. Thirty percent (30%) would oppose a law to increase drilling, while 11% are unsure.”

The poll results come at a time when the average cost of a gallon of gasoline is on a path toward a national average of $5 a gallon, which would mean gasoline will have more than doubled since the Joe Biden administration came into office. The survey also said, “Fifty-two percent of voters believe Congress and President Joe Biden should focus more on increasing oil and gas drilling to help reduce energy prices, but 34% think the policy focus should be more on limiting carbon dioxide emissions in an attempt to reduce climate change.” This confirms a vast chasm exists between most Americans and a “green” minority, which seems to have the ear of Joe Biden and Capitol Hill Democrats.

Indeed, “While 74% of Republicans and 54% of voters not affiliated with either major party believe increased oil and gas drilling should be the policy focus, 54% of Democratic voters want the president and Congress to focus more on reducing climate change,” the survey revealed.

Rasmussen’s report on the new poll results quoted H. Sterling Burnett, director of Arthur B. Robinson Center on Climate and Environmental Policy at the Heartland Institute.

“When push comes to shove, polls consistently show energy and economic security trump climate change for most the public when asked which is more important,” Burnett said. “Oil and gas remain vital to maintaining our present standard of living and lifestyles and to ensure continued economic and national security. This Heartland/Rasmussen poll indicates the public understands that fundamental fact.”

Like it or not, the internal combustion engine is still the heart of transportation in the U.S. and worldwide. Driving up the cost of gasoline is not likely to move people away from gas-powered vehicles to electric vehicles, which still remain expensive.