Gallup: Only 31% of Americans Approve Of Obama’s Handling of Immigration 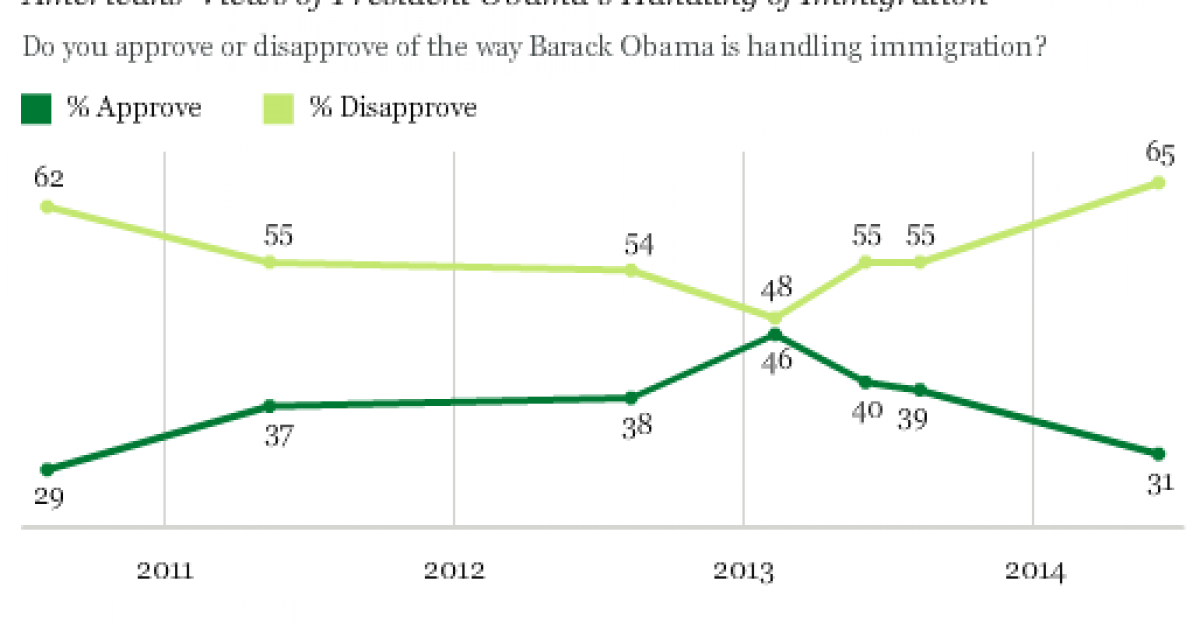 While President Obama continues to make immigration a high priority for the end of his presidency, Americans aren’t buying it. After hitting a high of 46% a year ago, approval for the way Obama is handling immigration has dropped to 31%, almost two-thirds of Americans (65%) disprove of his handling of the issue. 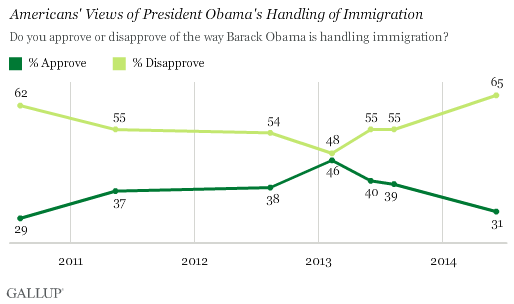 In the poll taken between June 5-8 approval for Obama’s handling of immigration fell 8 percentage points among his own Democratic Party, but it still stands  at 60%.  Approval amongst Republicans fell to 8%. The approval of his immigration work by independents should concern Obama the most as it dripped from 33% in August 2013 to where it stands today @ 25%. 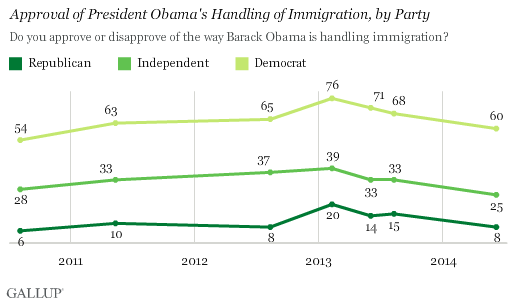 Almost every poll which asks voters to prioritize important issues faced by the country, ranks immigration far down on the list.  Part of the recent drop in Obama’s handling of this issue may be the simple fact that he keeps harping on the issue despite the fact that the public wants him to work on other problems.