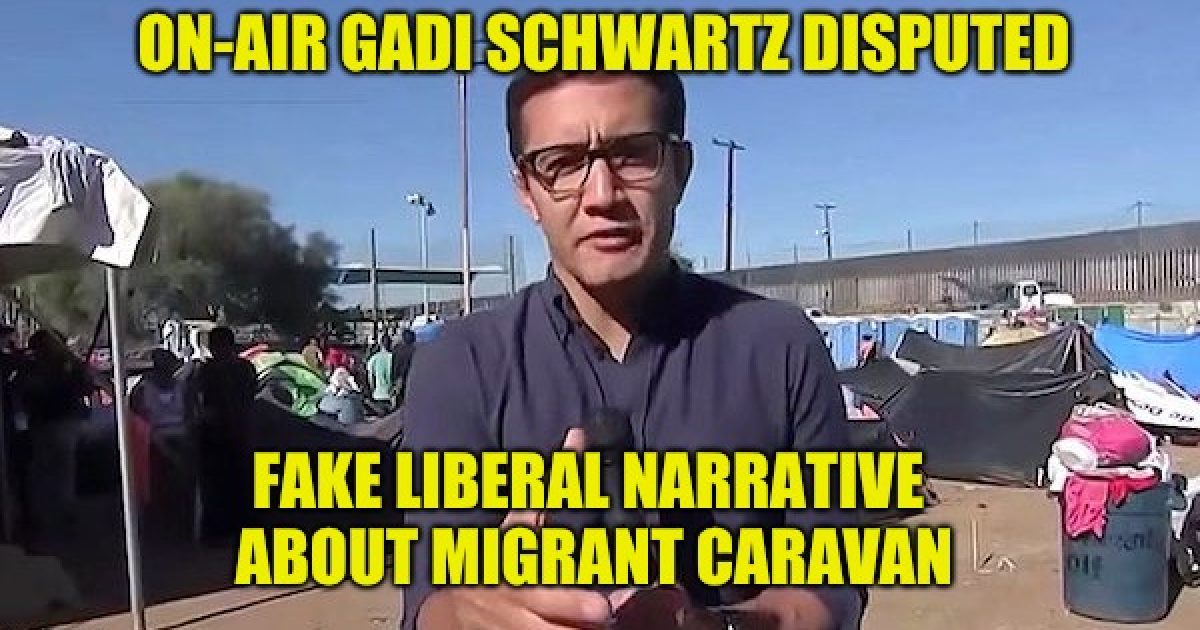 Reporting from Tijuana, Mexico, where the first wave of the Caravan is waiting to break into the US, MSNBC’s Gadi Schwartz refuted the fake MSM narrative by reporting that the majority of people in the migrant caravan are not women and children, but rather men who are not seeking asylum.

During Monday’s episode of Velshi and Ruhle, the segment with Gadi Schwartz in Tijuana began with an interview of a Honduran woman. The interview was conducted in Spanish with Schwartz translating. The woman explained that Sunday’s border rush was really only a protest, “She says that they actually went to go to the protest. They weren’t expecting to cross,” he explained to viewers.

Schwartz followed up by asking the woman what she expected would happen after he crossed. After a brief back and forth, he translated: “She says that she’s hoping that they give her a chance to work.” He added, “This family really hasn’t really talked about asylum per se.”

Stephanie Ruhle then asked Schwartz to discuss what kind of people he saw participating in the caravan expecting him to toe the corporate line. To Ruhle’s surprise, the field reporter admitted that the caravan was not predominantly women and children as MSNBC and NBC News had been insisting for weeks: “

If we kind of takes a walk you’ll see for yourself again this is the inner sanctum of the shelter so you’re gonna see a lot of families here a lot of women and children.  But the truth is the majority of the people that are part of this Caravan especially outside if we can make our way all the way over there we’ll show you the majority of them are men.

And these men are not seeking asylum, they are seeking work.

From what we’ve seen the majority are actually men and some of these men have not articulated that need for asylum instead they have talked about you know going to the United States for a better life and to find work. But if we come this way here we’re just going to leave this is where there’s a food bank that’s set up and you’ve got a long line of men earlier we saw about five, six hundred men standing in line waiting for food and it looks like that’s dwindled down

Gee, now that he’s let the cat out of the bag, I wonder if MSNBC will send Gadi Schwartz to some sort of re-education camp, where he is pressured never to disagree with the skewed MSNBC version of the news.