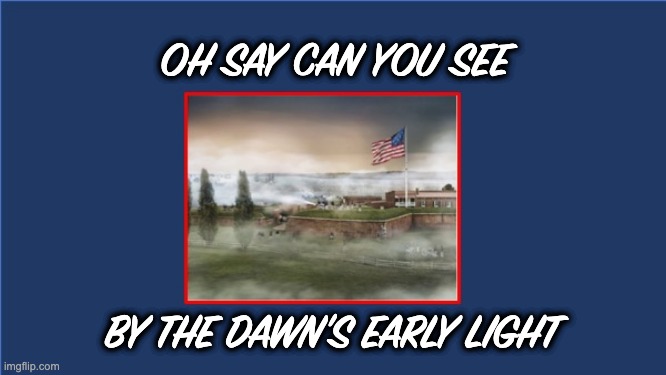 “Dear Mr. President @realDonaldTrump, please stay home! The City of Baltimore is currently under a Stay at Home order for the safety of our residents, who have been hit hard by #COVID19,” Young said in a statement on Twitter.

Dear Mr. President @realDonaldTrump, please stay home! The City of Baltimore is currently under a Stay at Home order for the safety of our residents, who have been hit hard by #COVID19. pic.twitter.com/7FwrHIHyeX

The White House, however, stood by Trump’s decision to visit the historic landmark.

“The brave men and women who have preserved our freedoms for generations did not stay home, and the President will not either as he honors their sacrifice by visiting such a historical landmark in our Nation’s history,” Deputy Press Secretary Judd Deere said in a statement.

Young appeared on CNN, known here as the “Chinese (Fake) Propaganda Network,” where he repeated his desire that Trump not visit:

“I just want him to set an example for the rest of the country and not do this trip.” pic.twitter.com/PtRZ1DKLEb

Kristinn Taylor tells us that Gov. Larry Hogan — a Republican — will apparently be too busy celebrating his own birthday to bother meeting the president:

Republican Governor Larry Hogan said Trump is welcome to visit, but that he will be spending the day with his family celebrating his 64th birthday, according to spokesman Mike Ricci.

“We are honored that the president and the first lady have chosen to spend Memorial Day at Fort McHenry. Although Marylanders are encouraged not to gather in large numbers this year – now more than ever – it’s important to reflect on the American heroes who sacrificed their lives for our freedom. Monday is the governor’s birthday, and he has plans to mark the day at home with his family.”

On the bright side, no one has suggested arresting Trump for appearing.  Yet.