Found: GRUBER TAPE #5 “Was This Letter Written By My Adolescent Children?” He Asks Voter 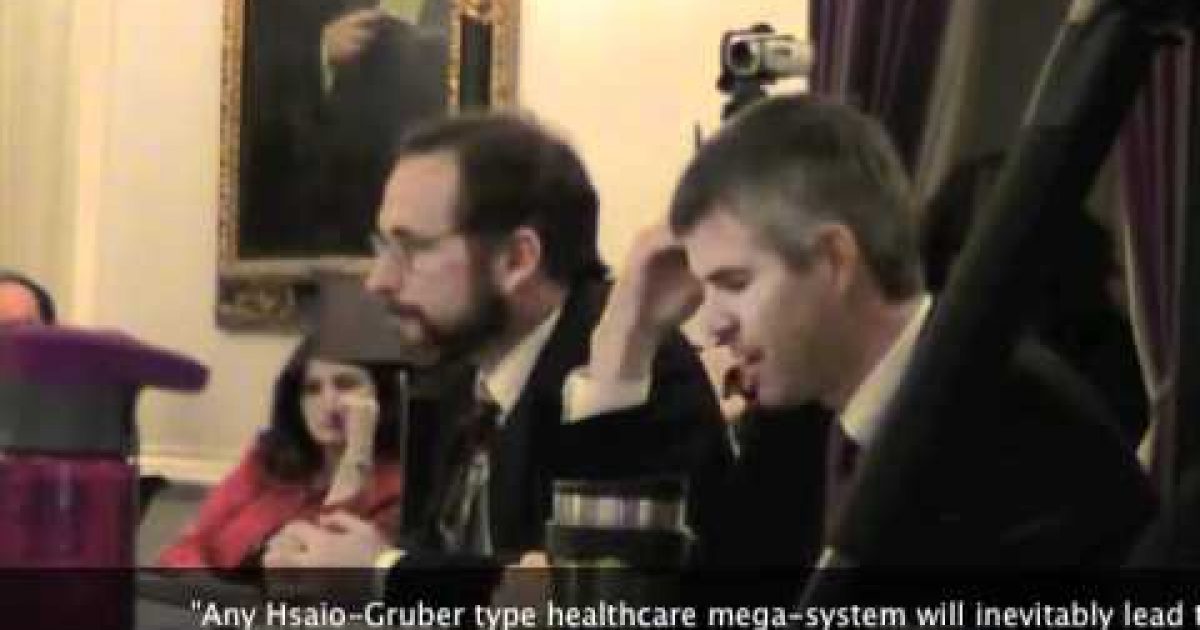 It is not surprising that like most progressives, Obamacare architect Jonathan Gruber is an arrogant elitist who has no use for the common American citizen. What is surprising is that he’s so open about it. Today Watchdog.com released a fifth Gruber video tape.

This time he’s not calling all Americans stupid, or saying the Cadillac Tax was written to fool the economically illiterate. This time he is attacking one voter who sent the Vermont House Health Care Committee a letter stating his concerns about Obamacare, Gruber’s response to the letter was a put-down,“Was this written by my adolescent children by any chance?”
In the video below, as Gruber sits listening, the committee chair reads a comment from a
Vermont citizen who is concerned  that Obamacare will  lead to
“ballooning costs, increased taxes and bureaucratic outrages,” and a single-payer system among
other things.

After hearing the citizen’s worries, Gruber responded with a putdown. ,“Was this written by my adolescent children by any chance?” The remark was met with uproarious laughter by those at the hearing.

Contrary to Gruber’s snarky insult, the comment was not written by an adolescent.

“It was actually written by a former senior policy adviser in the White House who knew something about health care systems,” said John McClaughry, a two-term Vermont state senator and adviser to President Ronald Reagan in the 1980s.

McClaughry, who wrote the comment in an op-ed weeks before the 2011 committee meeting, told Vermont Watchdog he did not know Gruber made the condescending insult. However, he was aware of other videos discovered this week in which Gruber boasted of writing deceptive policies to trick “stupid” American voters.

“No one should trust this man. … Based on the rest of the stuff that’s come out on the videos, nobody can trust this guy. He has no use for transparency, he thinks people are stupid, and he’ll do anything to get this thing through and pocket his $400,000. That’s not in the interest of the people of Vermont,” McClaughry said.