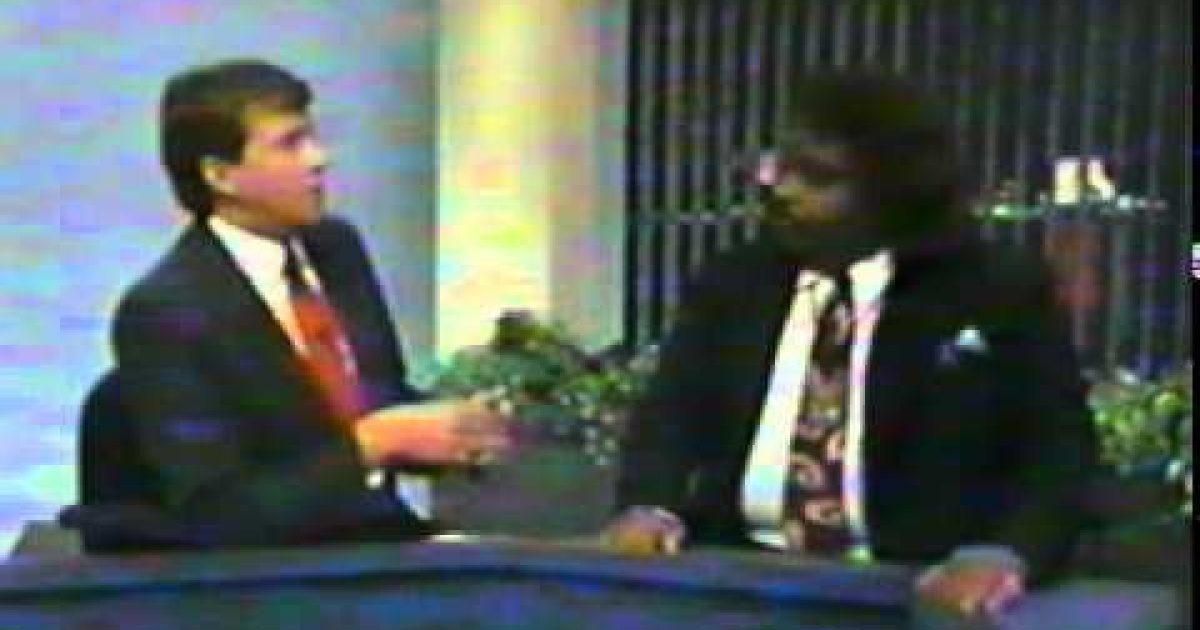 Making fun of obese people might be all right if one is obese themselves or a stand up comedian, but most would agree that it is not the best thing for a preacher to do especially of that preacher used to tip the scales at over 300 pounds. The Smoking Gun is reporting that one of Al Sharpton’s favorite targets is those of wide girth.

Ever worried about his public image, Sharpton doesn’t insult the obese on his TV program or radio show, but during his weekly Saturday personal appearances.

Sharpton claims to be an American Baptist minister, someone whom the faithful might go to help them with their problems, including their self-image problems. This man, using the title of Reverend trashes people with weight problems, saying a lot about Sharpton’s regard for being a minister.

Below is a video of Sharpton from his “wider” days: