Former Bush #41 Official: ‘This Is By Far The Most Dysfunctional Relationship’ Of Any U.S. POTUS/Israeli PM Ever 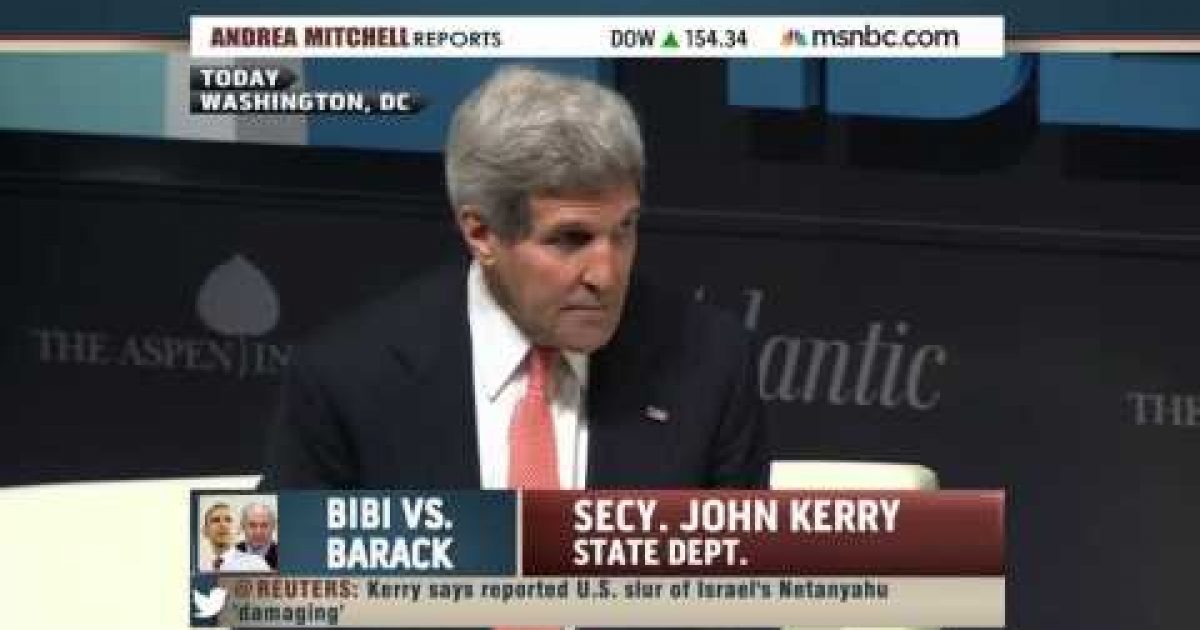 David Aaron Miller appeared on Andrea Mitchell’s program on MSNBC Thursday to comment on the latest flare up of Middle East tensions arising from the anonymous statement by a senior Obama Administration official calling Israeli Prime Minister Netanyahu a “chickenshit.” Miller, who has been involved in U.S.- Israel relations since the Carter Administration. said, “This is by far the most dysfunctional relationship,” of any U.S. President/Israeli Prime Minister ever.

The reality is, and I made this point to you before Andrea, is that unlike Lehman Brothers, the U.S.-Israeli relationship driven as it is by common values, even though there are interests that are not mutually held on everything, also driven by common interests and a region that is melting down, unlike Lehman Brothers, it’s too big to fail. That said, let’s be clear, and I’ve watched quite a few American presidents and Israeli Prime Ministers deal with one another. This is by far the most dysfunctional relationship.

There’ve been tensions before, Shamir and Bush 41, Carter and Began, even Clinton and Netanyahu and his first incarnation and I am not able to use the Clinton line although I quoted in my last book after he had his first meeting with Netanyahu [“Who’s the f—- superpower here”]. But the reality is this is tension without purpose and without production. There are purposeful fights and tensions with the Israelis and there are unproductive ones. This is frankly more soap opera than serious policy.