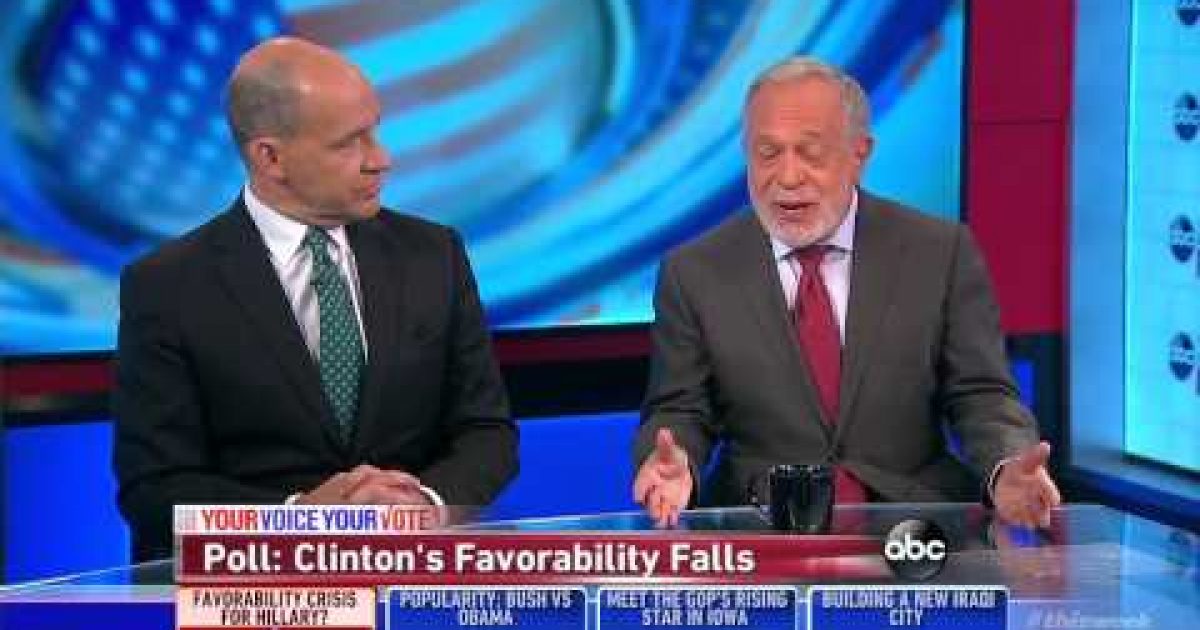 During a roundtable discussion on ABC News’ This Week Sunday, friend of Hillary since she was 19 and Labor Secretary in the Bubba Clinton administration, Robert Reich addressed Clinton’s waning favorability and trust ratings, suggesting that she will need to have “more disclosure than any other candidate” in 2016 in order to prove to the public that she isn’t hiding anything regarding her State Department emails or the possible conflict between the State Department under her tenure and the Clinton Foundation

Reich seemed to be doubling down on his Friday statement when he told ABC News:

“She hasn’t yet given a convincing explanation for why she used a private email account when she was secretary of state, and why she and her husband have made so many speeches for hundreds of thousands of dollars a pop from special interests that presumably want something in return. In other words, she needs to be more open and transparent about everything.”

On Sunday, the progressive Reich complemented Hillary for her recent statements regarding immigration, voting rights and criminal justice reform but he admitted that the former first lady nevertheless has a “vulnerability” regarding her lack of transparency.

“I do think that the issue of sort of disclosure, of full disclosure, is a key vulnerability. She has got to just put everything out. More disclosure than any other candidate.”

Reich also called on Bill Clinton to put a stop to his paid speeches, which net him around $500,000 each, which the former president claimed is needed to pay the bills.