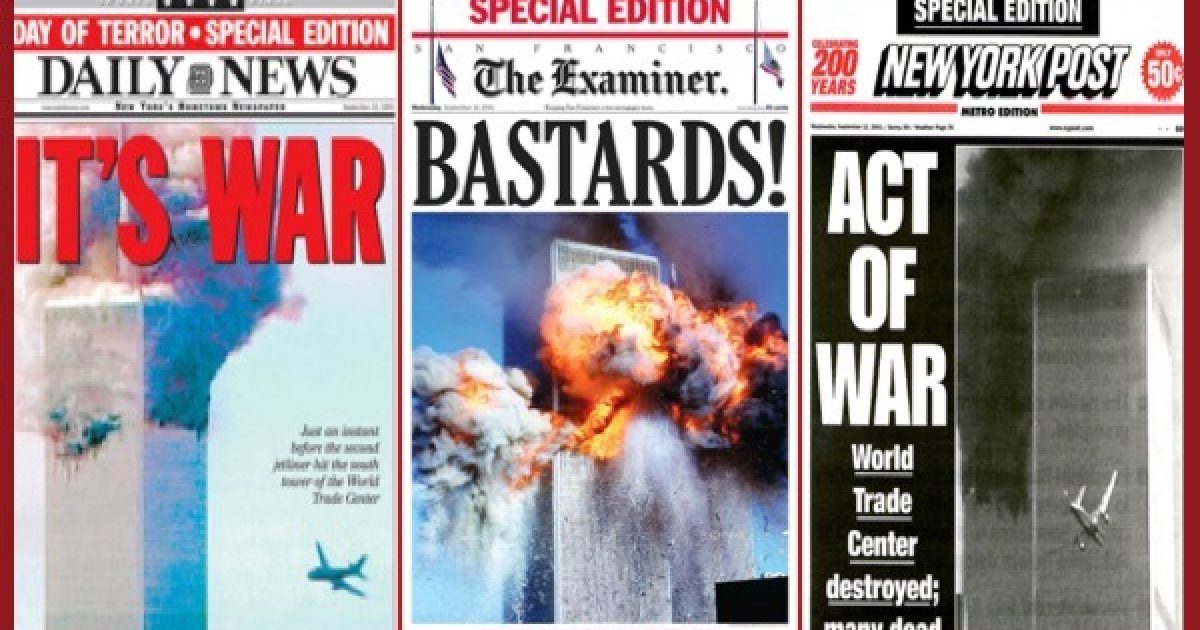 Just about everyone remembers where they were when they found out about the attacks on 9/11/01. But too many Americans including too many of the leaders of the Democratic Party have forgotten the collective national pain, the reasons we were attacked, and desire a return to the appeasement that made the terrorists strong.

We now have a President who believes that terrorism must be defeated, a welcome change from the previous eight years as under Barack Obama, Hillary Clinton, and John Kerry, the U.S. government returned to the pre-9/11 mindset of treating terrorist acts as crimes, and the terrorists as criminals who can be rehabilitated. President Trump believes that terrorists must be defeated.

It was eighteen years ago, but the memory of driving into Manhattan at six a.m. that day (as I did every day) is still fresh in my mind.  For some reason as my car made its way over the bridge leading to the Midtown Tunnel, I gazed downtown at the two towers of the World Trade Center thinking that it was a particularly beautiful day, not a cloud in the sky. Little did I know that in just a few hours later,  that view of the towers would be replaced by an impenetrable black veil, and America —indeed the entire world, would be changed forever.

About three hours after leaving the house sitting in my office at Nickelodeon (I was the publisher of Nickelodeon Magazine), working on the 2002 projections for management, I received an AOL IM from my brother Paul, “Hey Jeff some idiot just flew a plane into one of the trade center towers.”

That was in the days before one could watch TV on a computer. However, one advantage of working for a cable TV network was the television hooked up to Time Warner Cable in my office. 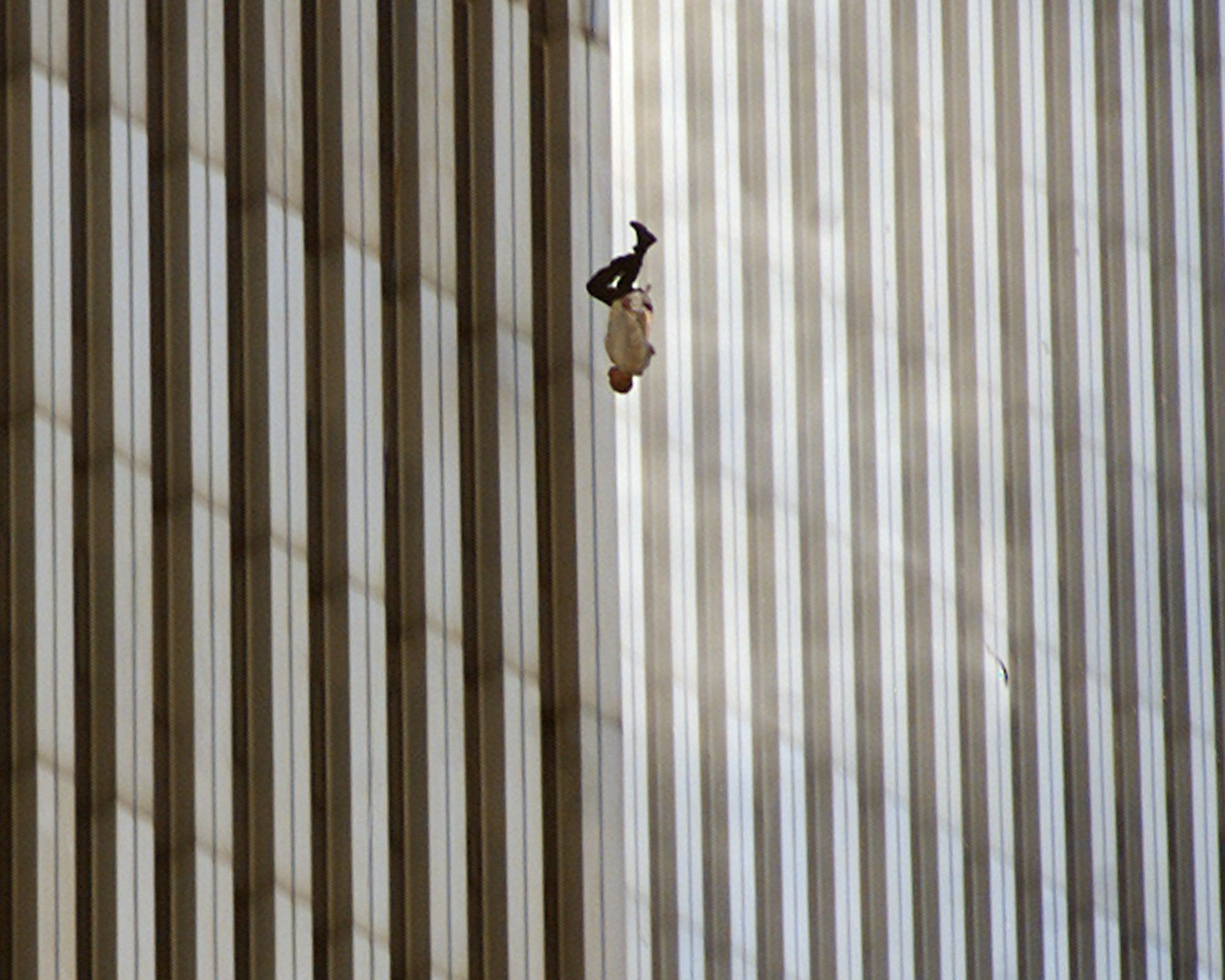 After reading Paul’s IM, I quickly grabbed the remote and turned on MSNBC (it was a real news network back then). As soon as the picture cleared, the TV showed a plane flying into one of the Trade Center towers. My immediate thought was they were showing an instant replay of what my brother messaged me about, but that assumption was wrong— it was a live broadcast of the second tower being hit. Whether we liked it or not, America was under attack.

Manhattan was shut down, all bridges and tunnels connecting the island I was sitting on were shut down.

My team crowded into my office and watched in horror as victims chose to jump out of a burning tower to their deaths rather than burn to death in their offices.  They saw the smoldering Pentagon building, and finally each tower collapse. They heard the rumors of a fourth plane that was shot down over Pennsylvania.  And TV anchors started talking about possible anthrax attacks. Everybody watching the horror had the same thought, “This can’t happen—don’t those terrorists know this is the United States of America?”

But it was happening—and it was happening only about a mile and a half from where I sat. Terrorists attacked downtown Manhattan, near Wall Street, the epicenter of the largest economy in the world.  Then they struck the Pentagon, home of the most powerful military on Earth.  And only because of the bravery of passengers on a fourth plane the U.S. Capitol or the White House was saved. The passengers heard what was going on and attacked the terrorists who had taken control of their flight. Under attack, the terrorists purposely crashed their plane killing everyone aboard.

At twelve noon there was an announcement the East River crossings were once again open allowing people (like me) to travel back to Long Island. I called my wife to tell her I was coming home, she begged me to stay put,  fearing another attack. But I had to get home and be with my family.  I raced for the garage and began what usually was a 40-mile, 90-minute drive home, on that day it took way over four hours.

Leaving the building which was less than two miles from the now smoldering ruins of the towers one could taste the air. Breathing felt strange. The air had a texture— feeling like particles of glass or sand were mixed in with the oxygen. The air tasted almost like burning rubber.

Manhattan had always seemed larger than life, but on that day, it was small and vulnerable. It wasn’t just Manhattan– all of a sudden the United States of America, the most powerful nation on Earth, the shining city upon a hill, seemed vulnerable. As my car slowly moved its way toward the 59th Street bridge, Manhattan looked like a scene from a bad “Godzilla” movie…crowds of shocked people were walking across the bridge on foot trying to get off the now tiny island of Manhattan as soon as possible. According to the news, that scene was duplicated on the other NYC bridges.

But this was not “Chiller Theater” it was unbelievably real.  Looking out the car window toward downtown Manhattan, the beautiful skyline and cloudless sky noticeable during the drive to work earlier that day was replaced by an impenetrable curtain of black over the East River. The aroma of the invigorating autumn air was replaced by the noxious burning smell seeping into my car through the air vents.

Understandably millions of people in the big apple were trying to use their cell phones at the same time, leading to overwhelmed cell towers and non-existent service. Three hours into the drive, I finally reached my now frantic wife to tell her I was out of Manhattan and perfectly fine.

My car made it out of the borough of Queens and into Nassau County and onto the Long Island Expressway, sometimes known as the world’s largest parking lot…but it wasn’t a parking lot on September 11th. The traffic wasn’t just light; it was eerily non-existent (especially on the westbound lanes which lead back into the city). Every single westbound exit ramp had a Nassau County police car blocking the way.

The message the police cars were sending was clear, people were free to leave New York City, but no one was getting back into Manhattan until the authorities knew for sure, this attack on the continental US was over.

Finally reaching home, the rest of the day was spent watching the first reports of heroism and the initial serendipitous reports of people who were delayed from being at their offices in the towers on time—saving their lives. Leaving Manhattan by foot. It was like a scene out of a Godzilla movie

At 7:45 pm it was time to leave the house again and go Synagogue for the evening minyan. Usually, there was a group of 15-20 people at evening prayers, but this day was different. People felt the need to talk to their creator.

People began to filter into the sanctuary in groups. Congregants whose Synagogue appearances were usually limited to the three days of the High Holy days showed up. Each one (including me) had a dull shocked look on their face, as they slowly walking into the sanctuary. The usual minyan crowd of less than two dozen expanded to more than three hundred people, desperate to appeal to God for the safety of their friends and family whose fates were still unknown, and for the success of their country in the war they knew would follow.

This scene was duplicated in houses of God, for many faiths from ‘sea to shining sea.” The Pentagon After Sept. 11

September 11 was not the first terrorist attack against the United States, it was foreshadowed by the first Trade Center bombing and the attack on the USS Cole in Yemen to name a few. Those attacks came after years of worldwide appeasement of terror in other areas of the world, especially in Israel. But instead of heeding those warnings, the Western world’s actions toward terrorists such as Yasser Arafat was to demand they be rewarded with concessions. Those demands taught radical Islamists that terrorism was a legitimate form of political expression. It was only after 9/11/01 this country realized that there was a worldwide network of people willing to kill themselves to bring down our way of life. Only after 9/11/01 did we stop searching for “criminals” and begin a war against Islamist terrorists

Despite what some say, we were fighting a war against Islamists who use terrorism in their efforts, to destroy the West— our freedoms and lifestyle. Theirs is people who want to use violence to establish a worldwide Islamic caliphate. Theirs is a very patient ideology that will wait for centuries if necessary to kill the evil “great Satan” also known as the United States. That’s one of their advantages, they are very patient– we are a culture which demands immediate gratification, instant victory. But this is a generational struggle. The zealots who want to destroy the west is waiting for America to give up the fight. And the moment America stops fighting they will ramp up the fight no matter if it takes five years or five hundred.

Eleven years later, on 9/11/12, when a terrorist attacked our mission in Benghazi, Libya, we were told it wasn’t terror. And to prove their point, Obama and Clinton made up a story that it was just a mob angry rioting because of a lousy video on Youtube. The story of how that lie was developed can be read in a great book by Ken Timmerman, called Deception: The Making of the YouTube Video Hillary and Obama Blamed for Benghazi“  During that attack, our leaders, tried to make America feel as if the attack was our fault. When the Boston Marathon was attacked, we called it terror but “lone wolf” type terror, instead of attacking the animals who radicalized the two murderers. The Orlando terrorist attack was also called our fault, this time for not canceling the Second Amendment. But what some blamed on other things were actually new battle fronts in this generational war. America cannot forget because if whenever we forget, the radicals who attacked the Twin Towers and the Pentagon will find a way to remind us.

Far too many people have forgotten the taste of the air, the curtain of black smoke, the scenes of horror, acts of bravery–everything associated with that horrible day. Thankfully in November 2016, we elected a President who remembers. Still, years after that horrendous Tuesday morning, for too many, the answer to Darryl Worley’s epic song “Have You Forgotten?” is yes (the song is embedded at the bottom of this post).

Lord who grants salvation to kings and dominion to rulers, Whose kingdom is a kingdom spanning the entire universe and all eternities; Who places a road in the sea and a path in the mighty waters – may you bless the President, the Vice President, and all the constituted officers of government of this land. May they execute their responsibilities with intelligence, honor, compassion and love for the constitution wonderfully crafted by our founding fathers. May you grant them the understanding that the threat of terrorism still exists, and the knowledge of how to eradicate it from the world you created. May you always bless these United States and provide our leaders with the comprehension of your role in making this republic the land of the free and the home of the brave.