No Classes To Attend No Visa 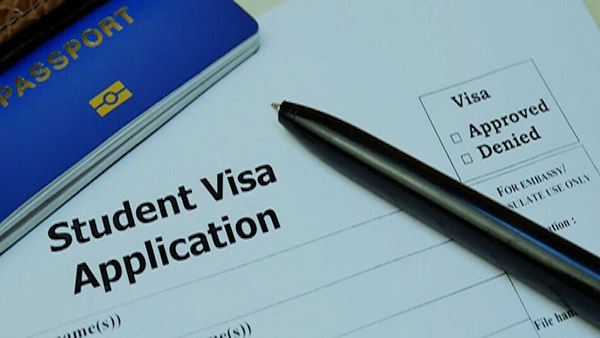 On Monday, ICE announced that foreign students whose college studies are 100% online must leave the country to learn via the internet to study in their home countries.  Harvard and MIT are suing the Trump administration to reverse that new foreign student visa policy.

Nonimmigrant F-1 and M-1 students attending schools operating entirely online may not take a full online course load and remain in the United States. The U.S. Department of State will not issue visas to students enrolled in schools and/or programs that are fully online for the fall semester nor will U.S. Customs and Border Protection permit these students to enter the United States. Active students currently in the United States enrolled in such programs must depart the country or take other measures, such as transferring to a school with in-person instruction to remain in lawful status. If not, they may face immigration consequences including, but not limited to, the initiation of removal proceedings.

Seems logical, The student visas are issued so they can physically attend classes. When a school decides that because a Covid-19 all classes will be taught online, there is no need for them to be in the country. Harvard and MIT disagree.  On Wednesday morning Harvard and Massachusetts Institute of Technology (MIT) announced they have sued the Trump administration in federal court over the rule barring international students from staying in the U.S. while taking classes entirely online this fall.

The suit, filed in the U.S. District Court for Massachusetts, seeks a temporary restraining order prohibiting the government from enforcing rules that were laid out Monday by U.S. Immigration and Customs Enforcement governing how foreign students can—and can’t—enroll at U.S. universities this fall in light of the coronavirus pandemic.

(..) ICE’s action proceeded without any indication of having considered the health of students, faculty, university staff, or communities…or the absence of other options for universities to provide their curricula to many of their international students,” the suit states.

I can understand demanding an exception for students in few countries without access to the internet, But all other students can take online classes in their home countries. And if students are taking classes online what the health of faculty and university staff is not affected. As for the foreign students, is it the responsibility of the U.S.or their home countries? The only thing that will affect the “health” of the schools and their communities is the loss of income for student’s housing, food, and other staples.

“We believe that the ICE order is bad public policy, and we believe that it is illegal,” Harvard President Lawrence Bacow wrote to the school community Wednesday morning. Harvard announced plans this week to bring just some undergraduates back to campus this fall and conduct remote classes. “We hope and intend to resume full in-person instruction as soon as it is safe and responsible to do so. But, until that time comes, we will not stand by to see our international students’ dreams extinguished by a deeply misguided order. We owe it to them to stand up and to fight—and we will.”

How different is the order from the case of any foreigner on a student visa who stopped attending classes before CoronaVirus?  No difference-they stop attending classes they lose their visa. In this case, as soon when the schools re-open their classrooms, the foreign students can return.

MIT President L. Rafael Reif [who grew up and got his undergraduate degree in Venuzuala] told his school that ICE’s announced plan “disrupts our international students’ lives and jeopardizes their academic and research pursuits,” adding that it is causing chaos among schools and students. “ICE is unable to offer the most basic answers about how its policy will be interpreted or implemented,” he wrote.

Per the Department of Homeland Security between the fiscal year 2016 through the fiscal year 2019 278K students didn’t go home when their student visa was up. In 2018 DHS’ Dept. of Citizenship and Immigration Services announced they will be paying extra close attention to foreign students who overstay their visas. Monday’s order seemed to be part of that policy.

The lawsuits are actions by two liberal based universities putting the income of their communities and the needs of foreign students above the needs of the United States (and any foreign nation) to regulate who comes into and out of their countries. The foreign students Harvard and MIT are suing about, were allowed in the country to attend classes. As they are no longer attending classes they have been asked to leave until there are classes to attend again.