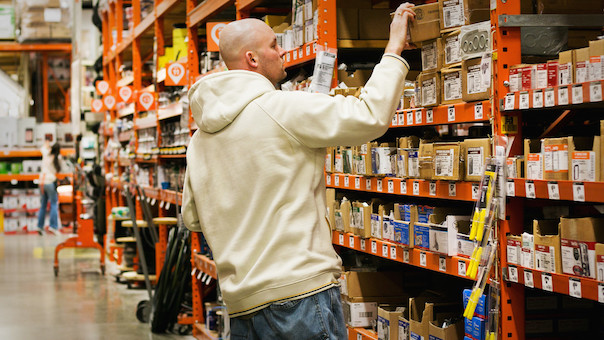 Dems are DESPERATE to find stories they can spin to make Biden’s economy look better, Trump’s economy look worse, or maybe both. But reality keeps getting in the way.

They pull no end of dirty tricks and rhetorical sleight of hand. One day they’re redefining ‘recession’ so Biden won’t be presiding over a recession at midterms.

Another day they’re claiming that people returning to work under Biden after government edicts artificially shut down entire economic sectors for years is somehow a comparable victory to Trump slashing taxes and red tape to create record-setting low unemployment rates across all categories, including women, minorities, youth, and even the disabled.

They use the pandemic to artificially reframe job numbers to help their team and hurt the other team.

Biden made his dramatic — and laughably false — ‘Zero’ proclamation in July, trying to convince us that a minor pullback in month-to-month inflation (in part because fuel consumption is down now that Americans could no longer afford to take road trips over the summer) is the same as having ‘zero percent’ inflation. That was a demonstrable lie.

Even some of the “good news “we are told from official government sources has been quietly downgraded after the fact.

Nasdaq (dot com) spun a downward revision of the July jobs numbers Dems had been popping corks over as ‘good’ news, ‘…even as the headline numbers roll back notably from July’s robust results: 315K new jobs created last month is -200K+ lower than the downwardly revised 526K from the previous read. ‘

Biden’s media allies let him get away with this spin because their objectives are aligned.

But some indicators tell the truth even when spin doctors are working overtime… like how many people have had to take a second job to keep up with rising costs.

Roughly 58 million Americans, or about 38 percent of employed respondents to the survey, identified as “independent workers,” or people who work as freelancers, gig workers, rent out living spaces to others, or other jobs.

…While around half of the respondents said they were taking the extra work for flexibility or because they like the work that they did, a quarter of those surveyed working multiple jobs said they were experiencing financial difficulty paying for food, childcare, and transportation.

They further claimed they were likely to turn to government assistance programs to help with the financial insecurity, despite working multiple jobs. –PostMillenial

Thirty years ago… that takes us to 1992. Wasn’t that the same year that James Carville told Clinton staffers that one of the three things they should focus on is ” it’s the economy, stupid”? It looks like the Biden admin forgot Carville’s admonitions.