Military Family Fights for the Right to Fly American Flag 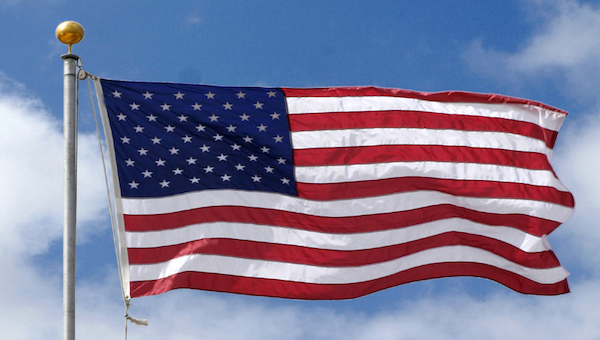 Telford, Pennsylvania – Home Owner’s Associations across the nation have run afoul of military veterans who wish to fly their flag. Now, a Pennsylvania HOA is telling a military family that they can’t fly the flag from a pole in front of their house to honor their two sons because it’s on “common ground.” Fly American Flag

Darlene and Rocco Lacertosa are a military family- they have two sons currently serving. They installed a flag pole in their front yard to fly the flag in honor of their sons’ service. But the Galman group reportedly owns the development where the Lacertosa family lives.

The flag pole is on the common ground near their unit, according to a letter sent by the Galman Group, which owns the Indian Valley Meadows complex in Telford.

Darlene and Rocco Lacertosa say they recently installed the flag pole to honor their two sons, both of whom currently serve in the military. The family argues there are no written rules in the association contract that forbid a flag pole, while the association states that this rule is expressly laid out in governing documents.

“Very upsetting since we have two sons in the military and this flag pole was Rocco’s dad’s which he proudly flew every day until the day he died,” Darlene Lacertosa shared in a public social media post. “Very upsetting.”

It was the United States before this HOA ever existed.

The military family contends that no such rules are in writing on any of the documents they signed. The Galman group contends the opposite and says the rules were very clear when they bought the house.

“The standards specifically permit the American flag to be flown when mounted to a house but do not permit in-ground flags in the community. The Galman Group and the Board at Indian Valley Meadows welcome its residents to display the American flag, and other appropriate flags, in accordance with the guidelines established for the benefit of the community.”

As the military family fights for the right to have a flag pole in their own yard, it’s a reminder that a development has an HOA…buyer beware. This case is only one of hundreds of instances just like this one.