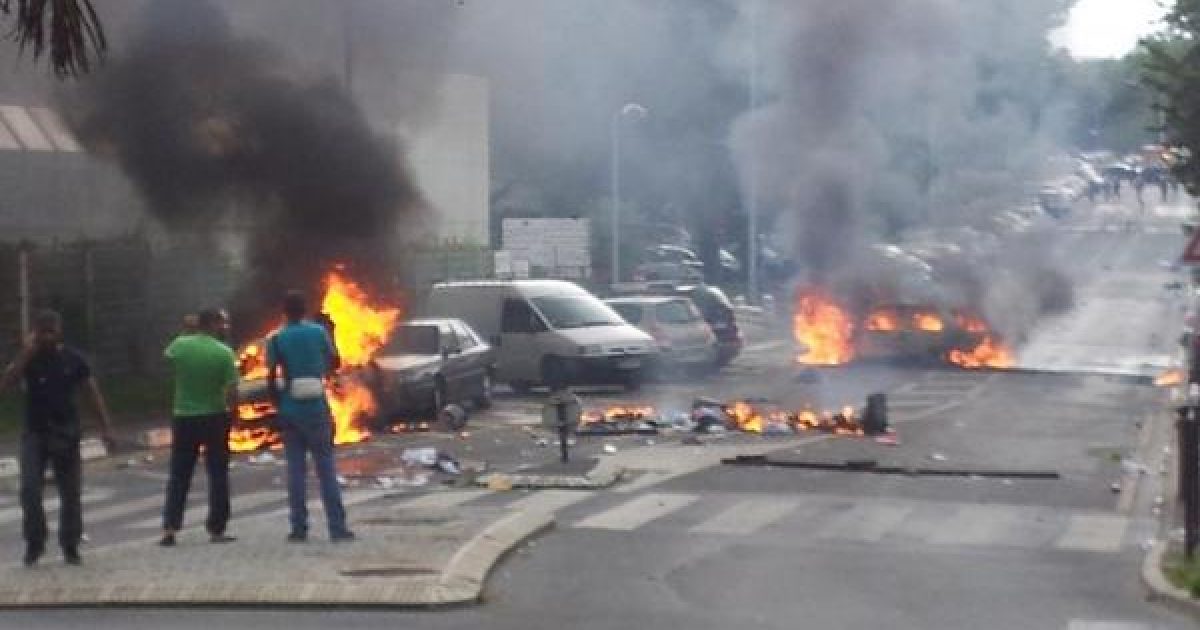 For the third time in eight days a pro-Hamas rally in Paris turned anti-Semitic and violent. What began as a protest against Israel actions to eradicate Hamas terrorism from Gaza turned into a rampage with the so-called “Little Jerusalem” neighborhood in working class Sarcelles as the end target for rioters. The area is called “Little Jerusalem” for its large community of Sephardic Jews.

According to the French news website The Local, in addition to the cars and waste bins set on fire, Jewish business were torched, including the Naouri kosher market which was the target of a flash-bang grenade attack in 2012. Rioters also tried to approach a synagogue, before being repelled by riot police.

The violent protest took place despite the fact that it had been banned by the local authorities for fear that the Jewish community would be targeted after protesters last weekend tried to storm two synagogues in Paris.

As the evening wore on in Sarcelles, looters then began raiding shops, wrecking a funeral home and destroying its front window as several protesters shouted: “F**k Israel!”.

Others raided a drugstore which caught fire. Young girls grabbed baby milk inside.

“We’re going to get the cash register,” one person shouted, his voice drowned by the noise of a police helicopter overhead and the alarm of a nearby pizzeria.

Security forces then fired rubber bullets in the direction of the looters as police helicopters buzzed overhead.

At least 13 rioters had been arrested by the early evening, and four policemen had been hospitalized with several others injured. There were also reports of journalists being attacked by the rioters.

Le Figaro newspaper also reported that a Molotov cocktail had been thrown at a synagogue in the area, which was being guarded by police. The makeshift incendiary device exploded next to the building but did not set it alight, the newspaper reported.

“Nothing can justify the violence,” said Valls, who was France’s interior minister before being promoted in a cabinet reshuffle in March. “What happened in Sarcelles is intolerable: to attack a synagogue or a kosher grocery is simply anti-Semitism and racism,” he said.

“We have never seen such an outpouring of hatred and violence in Sarcelles,” said mayor Francois Pupponi. “This morning people are stunned, and the Jewish community is afraid.”

Two further protests are planned this week in Paris on Wednesday and Saturday. Authorities will have to decide whether they allow them to go ahead.
Facebook Twitter Flipboard