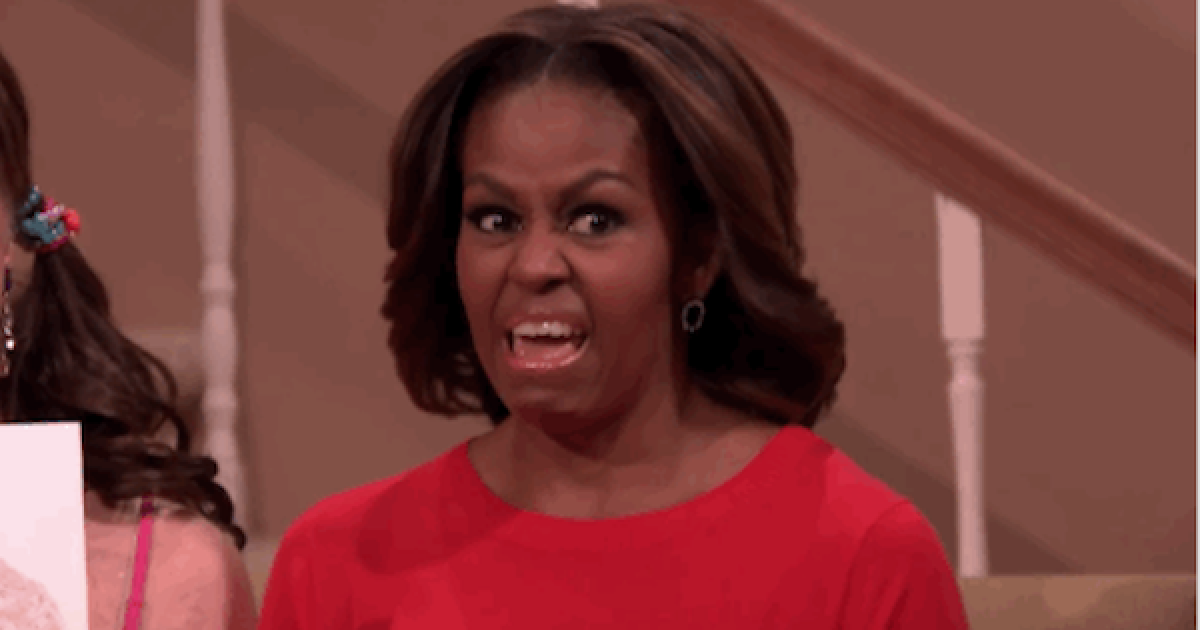 While we all hoped she’d lay low in her first year removed from the White House, former First Lady Michelle Obama has instead remained pretty active. Actively embarrassing herself, that is.

While the following recap may get you riled up, there is one positive to be drawn from it all – At least by way of contrast, she’s showing everyone why it’s such a huge relief to have Melania Trump representing America now.

1) Michelle Claims Women Who Voted For Trump Voted Against … Women

Former First Lady Michelle Obama argued that female Trump supporters went against the cause of their gender by voting for Trump.

Between @MichelleObama and @HillaryClinton, leftist women sure aren’t very inclusive – unless you think like them.

Obama added that a woman voting against Hillary didn’t reflect poorly on the candidate, it reflected poorly on those women.

Obama dressed up like Beyonce from the “Formation” video as part of the singer’s 36th birthday celebration. In the video, Beyonce controversially dressed like a member of the militant Black Panthers organization.

In the “Formation” video, one can see a police car in New Orleans sinking, along with a “STOP SHOOTING US” message painted on a wall.

3) Michelle Lectures Men About Their ‘Stuff’

At a leadership summit hosted by the Obama Foundation, the former First Lady took the opportunity to mock men, ridiculing them for not talking to each other enough and sorting out their emotional issues.

.@MichelleObama tells men “y’all need to go talk to each other about your stuff. Because there’s so much of it. It’s so messy.” pic.twitter.com/IpCzpFDbUC

We think Michelle should heed her own advice and start with these two friends of hers:

4) Michelle Calls the Republican Party ‘All Men, All White’:

Michelle Obama blasted the GOP, saying the party lacked diversity and consisted of politicians who are “all men, all white.”

Obama came to this conclusion when she watched one of her husband’s State of the Union speeches.

Had she opened her eyes up a little bit wider, she might have seen people on the Republican side the likes of Tim Scott, Elise Stefanik, Joni Ernst, and Mia Love.

5) Michelle Complains The Toughest Part Of Being First Lady Was Enduring the Racism:

Her husband was elected the first black president in America’s history, but that didn’t stop Michelle Obama from complaining about all those racist Americans.

Obama said that after “working really hard for this country,” there would still be people “who won’t see me for what I am because of my skin color.”

Actor James Woods had a wonderful response to Michelle:

What? One personal 747 and 32 assistants weren’t enough for her eight year vacation on your dime? https://t.co/2HsKhWtDcp

Yea, Michelle had to endure racism after eight years of an Obama presidency that was supposed to cure America of it. How ironic.

Cross Posted with The Mental Recession