The True Story Of The First Zionist

It's Not Who You Think 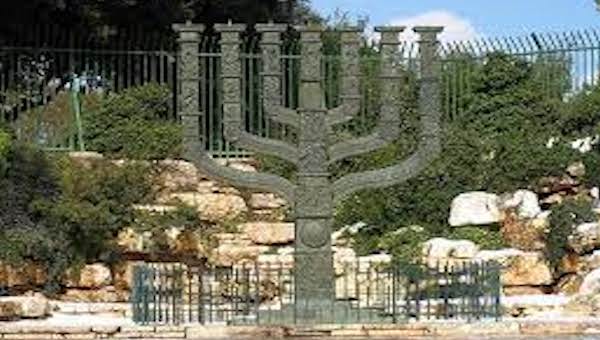 You ever wonder who the real first Zionist was? Ask different people you will get different answers. Such as Leon Pinsker-a, a late 19th century Zionist, Was the founder and leader of Hibbat Zion (Hebrew: חיבת ציון,) the Lovers of Zion movement. Theodor Herzl, Created the World Zionist Organization. Ze’ev Jabotinsky-Zionist philosopher and the creator of Revisionist Zionism. You may also hear names like Chaim Weizmann or even David Ben Gurion.

All those names are wrong. The first Zionist was a guy named Abram, who was born in 1948. Not 1948 in the secular calendar. Centuries ago, sages figured out Abram (later Abraham) was born in the Jewish year 1848, or 3835 years ago. Sadly, even after Abram was born, those sages still wrote 1947 on their checks.

The Abram story is in the Torah, the book of Genesis. Abram comes into the narrative in chapter 12. In case you were wondering, he doesn’t become Abraham until chapter 17. I don’t know why the name was changed. But the rumor was he broke some of his dad’s idols, and the idol-worshipping zealots were after him, and by Chapter 17, he changed his name so the idol zealots would have a harder time finding him.

Back to Chapter 12 and Zionism. Abram was 75 years old when he first heard from the Big Guy upstairs.

Verse 1: And the Lord said to Abram, “Go forth from your land and from your birthplace and from your father’s house, to the land that I will show you.”

The land Abram was told to go to was called Canaan back then. Now it’s called Israel. But the order from heaven was that Abram would be the first Zionist. He would create a sovereign homeland for the Hebrews (nascent Jews) in the land God showed him.

You have to feel a little bad for Abe. When the Lord told him to say goodbye to his dad,,. Abram was 75 years old, and the walk was over 600 miles. But the order came from heaven. Who knows? If Abram didn’t take the 600-mile stroll and become the first Zionist, he might have ended up in the belly of great fish.

Verse 2: And I will make you into a great nation, and I will bless you will and aggrandize your name.

Notice it doesn’t say race or religion. From the very beginning, the Jews were a nation.  According to Websters, a nation is  A large group of people having a common origin, language, and tradition and constituting a political entity.  It wasn’t written for that purpose, but that’s a great description of the Jewish people.

What does aggrandize your name mean? It doesn’t mean that Sari (Sarah) should put a sign In front of their tent saying, “Get Abe’s autograph, only 50 shekels-Cheap!”

Aggrandize means “make your name great.” That was done by telling his story when the Torah is read AND in prayer. For example, the Amidah, a prayer Jews say at least three times a day (on holidays, it’s more) begins with “God of Abraham, God of Isaac, and God of Jacob.”

In Chapter 15, God doubles down on the promise that the land to which he led Abram is the eternal homeland of the Jews, which is an essential part of Zionist thought, Verse 7: And He said to him, “I am the Lord, who brought you forth from Ur of the Chaldees, to give you this land to inherit it.” In other words, God made Abram walk 600 miles to give him and his descendants their eternal homeland.

The Book of Genesis, the one that begins with a quote about baseball (In the big inning) is part of the Jewish. Christian and Muslim scripture. So, the next time someone tells you Zionism is evil, or Israel is not the eternal homeland of the Jews, just tell them to read genesis. ‘

When the UN passed Resolution 181, without realizing it, they were carrying out what God promised 3,700+ years ago. A homeland for the Jews in the land where he told Abram to go. It’s called Zionism.

The Lid Needs Your HELP!  Regular readers know that with the usual political fare usually filling the pages of The Lid, I write about issues affecting Israel.  My “signature” on those posts talks about Herut, a Zionist movement that I feel so strongly about that I volunteer much of my free time to help in any way I can.

At the same time, you know many other sites put up paywalls to make you pay to read their content. The Lid never has and will never put up a paywall.

This coming Tuesday is giving “Giving Tuesday.” and I am just asking that you take some of the paywall money you don’t have to give to The Lid and donate to Herut. Any amount is appreciated and tax deductible.

Below is more information about Herut and how you donate. 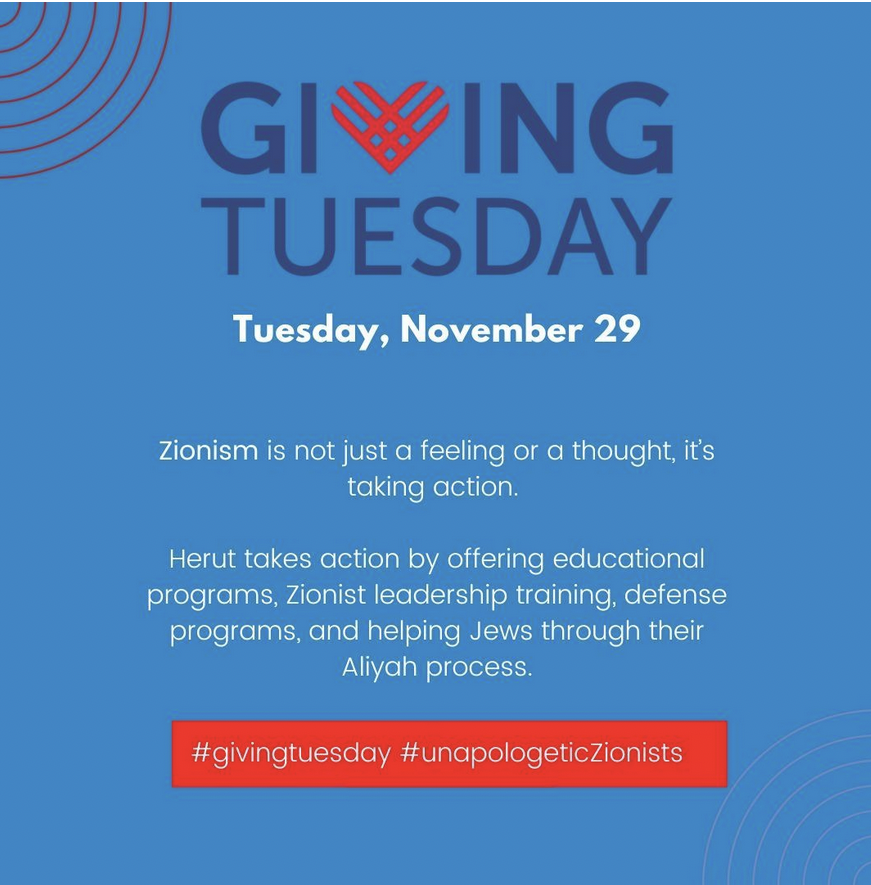 Zionist leader Ze’ev Jabotinsky once said, “There is no mightier weapon than indifference. You will never conquer it.” The Herut movement is dedicated to modifying that indifference into a concern for Jews worldwide, especially for Israel, the Jewish State.

Changing indifference to concern is only part of the job. Herut motivates Jews of all types to become active. Every sector of American Jewry, both women, and men, secular to religious Zionist and all in between. Each and every day, Herut works to empower Jews worldwide to stand up to Antisemitism hatred while waging a battle against the anti-Israel hate and Antisemitism of those who fight a propaganda war against the Jewish State.

-Empowering Jews to stand up to Antisemitism;

-Assisting unique and complicated Aliyah cases due to the pandemic;

-Launching a series of webinars and lectures to reach a wider audience;

-Publishing nonstop articles about Israel and the happenings around the world.

Help protect our community in North America. Donate $18, $36, $54, or $72. Our fundraising goal is $7,000 USD this year, and any donation – small or large – is greatly appreciated.  Your donations will help to set up self-defense programs around North America to train Jewish community members. Help curb attacks on the Jewish community now.