Fiorina Slams Carson ‘I’m Not Going To Threaten To Leave The Party, Because I Actually Am A Republican’ 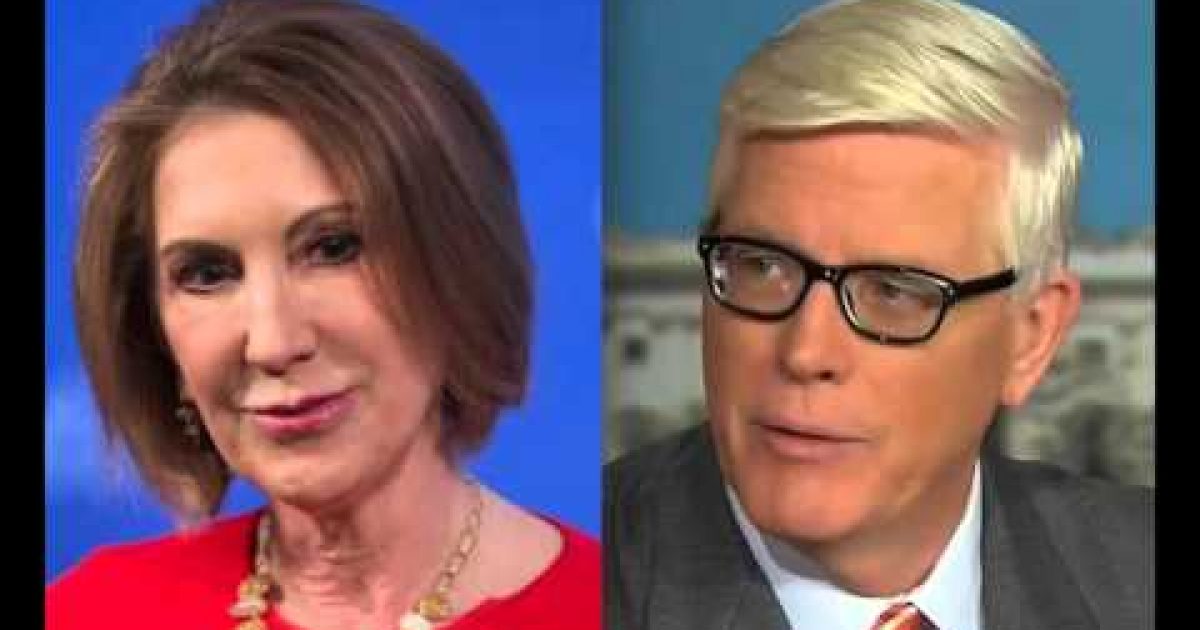 Republican presidential candidate Carly Fiorina was a guest on Friday’s Hugh Hewitt show. With the CNN debate on the docket four days hence, the conversation turned to Fiorina’s opponents, particularly Dr. Ben Carson. Earlier in the day Carson had a bit of a hissy fit about reports that the RNC was discussing preparations for the possibility of a brokered convention. While the discussions were about general rules and procedures, Carson saw the reports differently. He thought the RNC was trying to steal the nomination and threatened to leave the party if they did.

Hewitt: Now let me turn to politics, Carly Fiorina. A big night on Tuesday night, you’ll be on the main stage. It appears as though if it were today, Senator Paul will be on the undercard, and Chris Christie will be back standing next to you in a replay of our Reagan Library debate. But Ben Carson today said look, if the senior party’s getting together to plan on how to frustrate the will of the voters, “I assure you Donald Trump will not be the only one to leave the party.” What do you make of Dr. Carson’s threat? And what’s going on here with Donald Trump, Ben Carson, and does Carly Fiorina threaten to leave the party as well?

Hewitt: I did a piece…

Fiorina: However, I do…

Hewitt: Well, I did a piece today for CNN on the math, and it looks to me increasingly clear that when you combine proportional allocation and the rapidity of the race, that an open convention, meaning someone who is short of 1,236 votes before Cleveland opens its festivities, is increasingly likely, and I don’t know that it’s a bad thing. It keeps Hillary from knowing where to train her billions on.

Fiorina: Well, look, it’s not a bad thing if that reflects the votes of the people. And to your point, it would. That, if we go to a brokered convention, it’s because that’s how voters have voted. So that’s why I’m a little confused by his statement. However, I think it’s important to think through who is Hillary Clinton’s worst nightmare. I think I’m the lump of coal in her stocking, and I think some of these candidates, Donald Trump in particular, are a big Christmas gift wrapped up under the tree for her.