Fiorina Asks Hillary: Why Did You Lie ‘As You Stood Over Bodies of Four Murdered Americans?’ 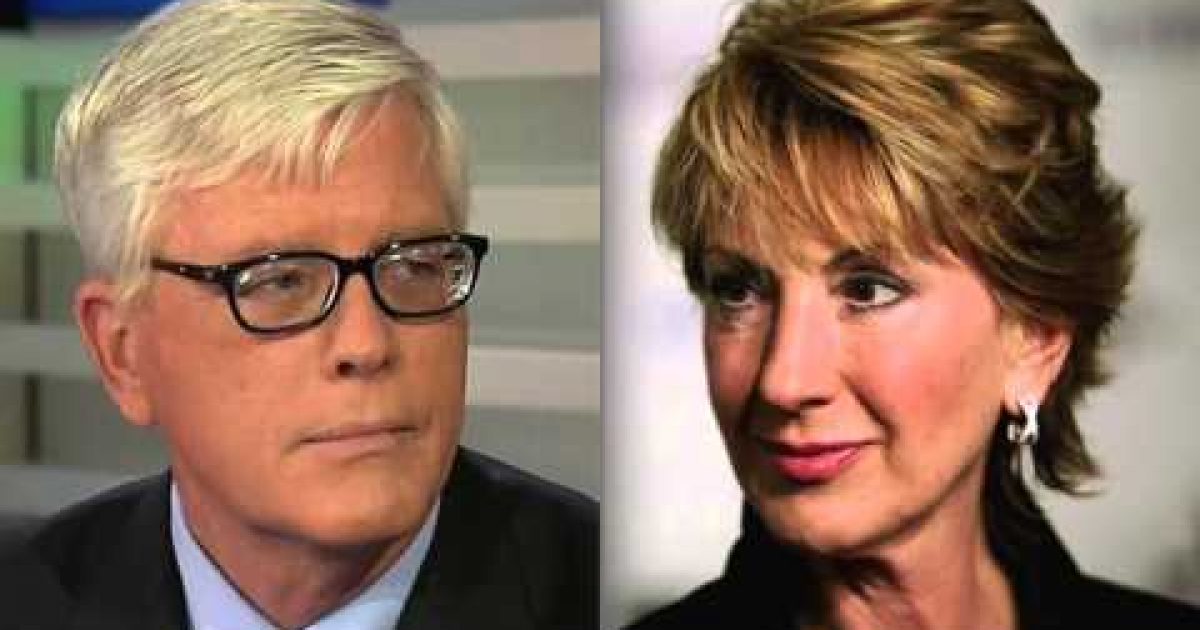 Carly Fiorina was a guest on Tuesday evening’s Hugh Hewitt Show and she pulled no punches as she blasted Hillary Clinton’s lack of honestly. Below are two sections of the interview.  The first she talked about the Clinton Foundation having to revise and resubmit its tax returns because they omitted some foreign donations concluding, “And there’s been a lack of transparency, a pattern of a lack of transparency, which suggests a lack of trustworthiness.”

The second clip has Hewitt asking Fiorina if she could ask Hillary Clinton any questions what would she ask? Fiorina’s second question was the most dramatic, And the second question I would ask is why were you willing to peddle a fiction about Benghazi starting as you stood over the bodies of four murdered Americans and for a month after that?”

Read the Transcripts and listen to the audio below:

Fiorina: Well, first, look, I don’t have any trouble with however much money Bill Clinton makes to give a speech. You know, he’s a former president. Good for him. I think he certainly sounds pretty defensive to me. I think the issue here is not how much money he makes per speech. The issue is that boy, when you have to restate your 990’s for a charity over many years, there’s clearly a problem with disclosure. When your wife as Secretary of State was supposed to be, said she would, disclose all the foreign donations that foreign governments made while she was Secretary of State to your Foundation and then didn’t, there’s a problem with transparency and disclosure. I think what we’re being reminded of is the Clintons love to tell us just trust us. Just trust us. But the problem is we really can’t, because you can’t, you earn trust. You earn trust. And you earn trust through transparency and accountability. And there’s been a lack of transparency, a pattern of a lack of transparency, which suggests a lack of trustworthiness.

Hewitt: So if you could have any question asked of the former Secretary of State by a reporter, if she comes out like, you know, the groundhog on February 2nd, what would that question be?

Fiorina: (laughing) Oh, wow, that’s a great question, Hugh. I have to think about this. But I guess my question would be why is it that you knew the right thing to do was to disclose these donations while you were Secretary of State and simply failed to do it? And the second question I would ask is why were you willing to peddle a fiction about Benghazi starting as you stood over the bodies of four murdered Americans and for a month after that? Why were you willing to do that?