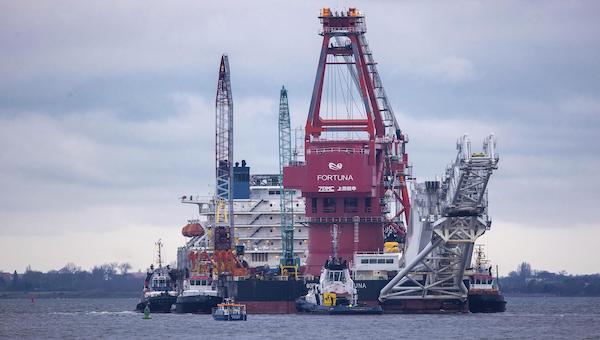 With his unprovoked, contemptible invasion of Ukraine 80 days ago, Vladimir Putin revealed his clear goal since coming to power more than two decades ago: destabilizing western democracies. Every American should pray he fails.

And yet there still are many knuckleheads — I could use harsher words — insouciant to the threat from Moscow.

There is total silence on Ukraine from the execrable Bernie Sanders, who undoubtedly is still enamored by Mother Russia. The Squad types aid Putin by seeking an end to “imperialist” NATO, the most vital group to deter the Russian thug.

And when it comes to financially aiding Ukraine, Democrats initially would only do so if coupled with their partisan political priorities.

And then there’s the populist right, happily teaming with the hard left in ignominy.

The repellent anti-Israel socialist Glenn Greenwald is welcome by one particular cable news host multiple evenings each week to bash our endeavors and spread misinformation. Greenwald has always been pro-Russia. Recall the KGB spent enormous money fomenting division across America in the USSR’s heyday; now modern-day Walter Duranty does it for free with his guests on Fox.

To defeat Putin’s indiscriminate campaign we need to unify against evil, particularly around economic matters, because a strong energy policy is a good way to stop a totalitarian.

Before Democrats regained control in Washington nearly 16 months ago, America’s energy independence struck as huge a blow to Iran, Russia, Saudi Arabia, and Venezuela as any military incursion.

Continuous domestic oil and gas production lowers the price of those crucial commodities that keeps rogue economies alive. Yet the ignoble eco left is dismantling it and thereby aiding our enemies.

This insistence on regressive green policies helps Russia’s ongoing genocidal efforts and exacerbates cultural divides at home — like those between Big Tech oligarchs and D.C. technocrats, versus the oilmen and truck drivers in the heartland.

The left won’t stand up to autocrats when gas is literally hitting a record high each day; they prefer to hurt the poor by ending the miracle of fossil fuel production. When will exorbitant food and gas prices make even the most obstinate Democrats stop crushing the middle class?

The national average price for gas has hit an all-time high of $4.37. This is crushing American families. Ultimately, this is on Joe Biden and his Administration's failure to put the American people first. Stop playing the victim, lead, and restart American energy!

Some Democrats know their party’s positions are untenable, including veteran strategist Ruy Teixeira, who recently admitted “climate catastrophism” is a loser at the polls.

It would be wise politics. But President Joe Biden remains in a time warp, controlled by the left, and his ignorant deflections doom his party this fall.

Returning to Ukraine, the influence of provocateurs seeking both sides of a good versus evil battle, or military officers promulgating Kremlin propaganda isn’t helpful. But those extreme views thankfully are out of step with most Republicans.

Because of a few bad apples who may be “anti-anti-Putin,” Democrats wrongly link all Republicans with the aforementioned cabal. That’s disingenuous.

Preventing further culture wars is critical if the world is to stop Putin. Biden already lost a long war last summer, relegating an entire generation of women back into slavery.

If we can convince the deranged among us, and get duplicitous work corporations to assist America, we have the human ingenuity, military might, and resources to win any battle.