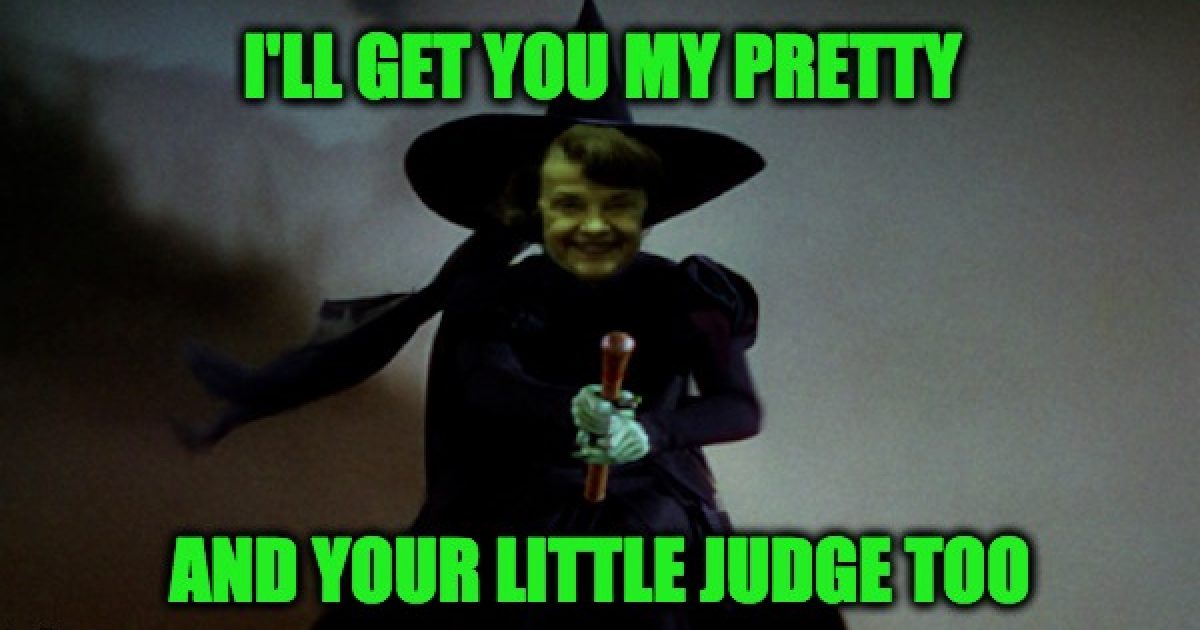 The Democrats are getting so desperate that even the far left and almost dead Justice Ruth Bader Ginsburg is disgusted with their tactics. While discussing the modern Supreme Court confirmation process, Ginsburg called the hearings a “highly partisan show” and “wrong” while speaking at the George Washington University Law School.

Judge Brett Kavanaugh is more than qualified to sit on The Supreme Court, but the Democrats are so frustrated by this little fact, they are exploding. They tried biased editing of his statements, a Spartacus imitation, stolen valor senator Blumenthal ironically calling him a “Soldier For Trump” and much, much, more. Yesterday, Dianne. Feinstein  (D-CA)tried a last-minute ploy to scuttle the nomination of Brett Kavanaugh that failed so miserably it ended up making herself look like the court jester.

She said she got a last minute letter accusing Kavanaugh of sexually harassing a woman in High School.

“I categorically and unequivocally deny this allegation. I did not do this back in high school or at any time,” Kavanaugh, 53, said in a statement.

Beyond that Judge Kavanaugh received some help from some women he knew in High School. A letter sent to the Senate Judiciary Committee by sixty-five women said in part:

(,,,) “The signers of this letter hold a broad range of political views. Many of us are not lawyers, but we know Brett Kavanaugh as a person. And he has always been a good person.”

This Feinstein last minute bull story continues to fall apart. I don’t know Senate rules but if possible Dianne Feinstein should be censured by the full body. Telling lies to block a judicial candidate is disgusting, especially one who is squeaky clean like Judge Kavanaugh.

The full letter us below.