Democrats Will Own A Government Shutdown

Democrats Want To Run Government On A Partisan Basis, They Can Own The Consequences. 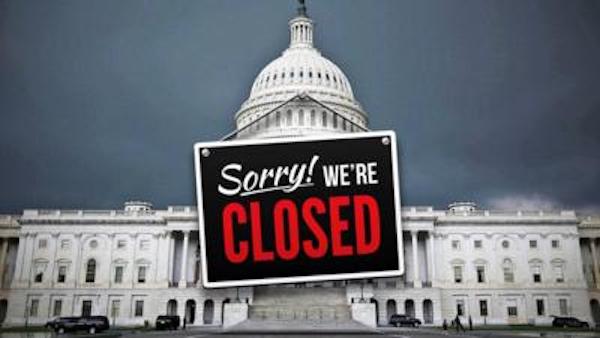 The Senate is expected to vote Monday evening on a measure extending the government’s funding through Dec. 3, 2021, and suspending the debt limit into December 2022. Still, Democrats do not have bipartisan support for their measure, and it is expected to fail, leaving the matter unresolved.

Averting a partial government shutdown would resolve only one of a handful of complex legislative battles.

A partisan fight over raising the debt limit has started to infuse anxiety into financial markets. Republicans are refusing to vote for a suspension or increase in the debt ceiling, pointing to Democrats’ decision to pass a $1.9 trillion Covid-19 relief bill without GOP support earlier this year and current efforts to pass a roughly $3.5 trillion package of social and climate programs along party lines.

Sen. Pat Toomey (R., Penn.), who sits on the Senate’s budget and finance committees, said Sunday that he “might very well” vote for a “clean continuation of funding” to keep the government running and that many Republicans would likely join him. But he said that they opposed the effort by Democrats to raise the debt ceiling.

“They are in the midst of an absolutely unprecedented, very damaging spending spree on a scale that we have never seen,” Mr. Toomey said on CNN, referring to Democrats. “And they want us to come along and authorize the borrowing to help pay for it when we are totally opposed to what they’re doing.”

If there is a government shutdown, Democrats will own it.

Federal government office buildings have been virtually vacant for the past eighteen months because federal workers still haven’t returned from the Covid shutdown.  In the past three years, federal worker’s pay has been guaranteed in the event of a ‘shutdown,’ which explains why Speaker Pelosi has had the House of Representatives on recess for all of September.  If there is a ‘government shutdown,’ it lies directly on the doorstep of the Speaker, Majority Leader, and the president.  Their ongoing choice to take their non-existent majority in the Senate and three-vote majority in the House of Representatives and attempt to fundamentally transform America through it has created the likely shutdown.  They wanted to run the federal government strictly partisan, so now they own the consequences of that decision.

Over the next seven days, Democrats will need to work with Republicans to strike out their extremist agenda and include some policy language that limits government power in a number of areas to fix the chasm of distrust they have created. One obvious area that must be addressed is the Biden threat to ration Covid medicines as a weapon to force compliance with his forced vaccination dictates.

Sen. Marco Rubio has drafted legislative language to allow local hospitals to order Covid cures such as monoclonal antibodies treatment directly from the manufacturer, rather than having to go through federal or state government. This would cut off Biden’s ability to deny access to medicines to those most in need. The reality of health care rationing under a federal government-controlled health care system is now out in the open and can no longer be denied.

I would like to see Sen. Rubio’s proposal included as an amendment to any government funding bill under consideration. This would go a significant way toward ending the Biden administration’s attempt to ration healthcare by inserting the government between a patient and their doctor.