Caravan=Holocaust? NO WAY Because FDR Was Most Bigoted President In US History 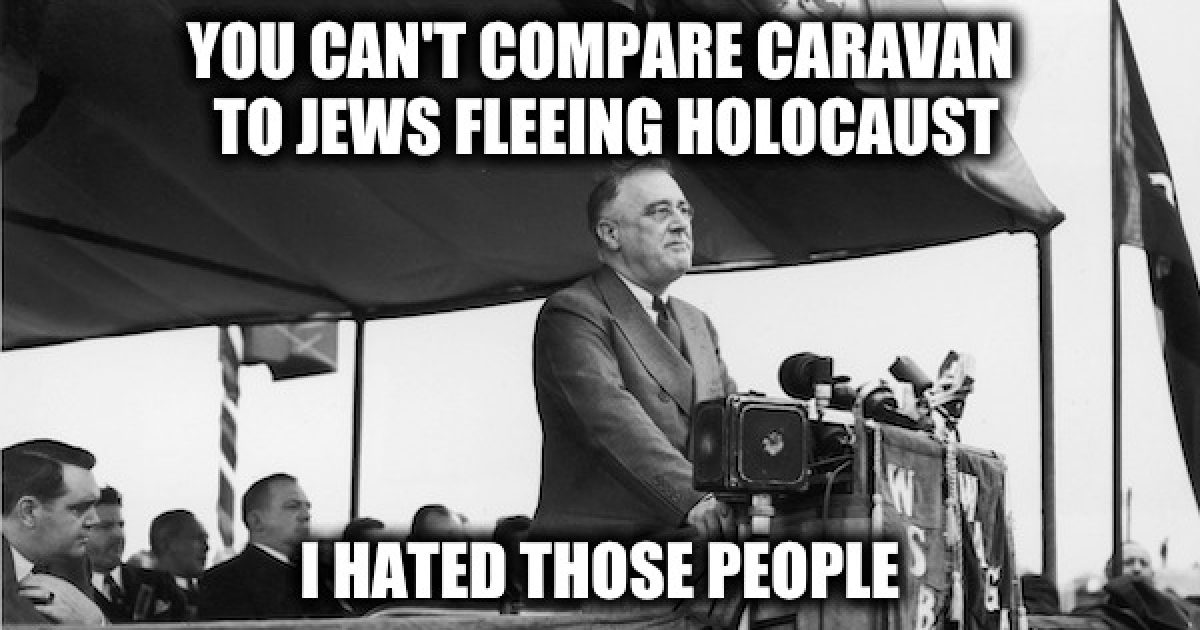 Sunday’s border incident with the Migrant Caravan has motivated some on the liberal side of the aisle to compare the plight of the Central American migrants to the Jews fleeing the Holocaust. As we explained in a previous post that is a comparison of apples on oranges.  The Jews were fleeing for their lives, the Central Americans are looking for jobs. Additionally, unlike the members of the caravan, the Holocaust refugees never stormed the border in an attempt to break into the country or threw rocks at border agents. There’s one more significant difference, the President during the Holocaust FDR, was possibly the most bigoted president in American history. And despite what you may be hearing from the liberal media, Donald Trump, the president today is not a bigot.

Typically, when one asks a Democrat about Franklin Delano Roosevelt they immediately develop a sense of awe and genuflect as if he came down from heaven to lead the United States. It’s hard to understand the reverence for FDR, his economic programs failed, he was a bigot who put Americans of Japanese descent into camps, and he was an anti-Semite who doomed at least 200,000 Jews to die at the hands of Hitler’s “Final Solution.”

While other modern presidents may have been bigoted, none acted on their bigotry as much as FDR (Woodrow Wilson and Barack Obama fight second place). Liberals will claim that FDR had many Jews in his cabinet which is true, but it doesn’t mitigate his bigoted actions.

Roosevelt gets points for picking great Generals and led this country to victory in WWII. But he made the great depression longer, in 1937 his economic programs led unemployment to spike again reaching 19% (the previous high was 25%), his freedom-sapping policies never did get this country out of the Great Depression, and he tried to circumvent constitutional by packing the supreme court. 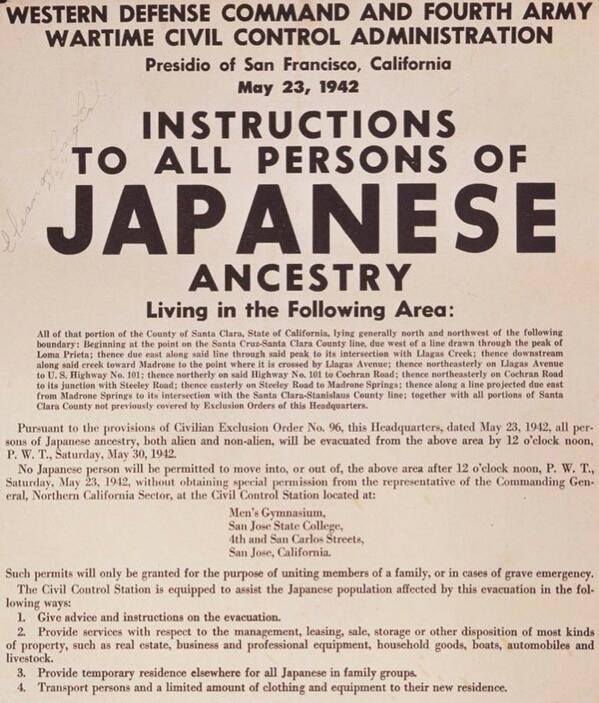 Then there’s the issue rarely discussed, he was a bigot and not only to Japanese citizens of the US.  FDR’s hatred of Jews caused hundreds of thousands to be added to the ranks of Hitler’s victims. Earlier this year, the  Holocaust Museum released documents revealing “Project M, ”  which Roosevelt’s plan to thinly spread remains of European Jewry throughout the world. In FDR’s bigoted opinion, if Jews were spread across the world in small numbers they couldn’t do damage or incite hatred.

It wasn’t that Roosevelt didn’t know the best place to settle the Jewish refugees, he just didn’t want them in the United States. And he wanted his idea for dispersing Jews, “Project M” to remain secret:

FDR found time on the afternoon of July 30, 1942, in the midst of a schedule packed with meetings with Soviet Ambassador Maxim Litvinov, Secretary of State Cordell Hull, and General ‘Hap’ Arnold, to dictate a memo greenlighting the M Project. The memo, delivered by White House courier to Carter in his office in the National Press Building, a few blocks from the White House, stated: “I know that you and Henry Field can carry out this project unofficially, exploratorially, ethnologically, racially, admixturally, miscegenationally, confidentially and, above all, budgetarily.” It concluded: “Any person connected herewith whose name appears in the public print will suffer guillotinally.” Roosevelt repeatedly admonished Carter to keep the M Project completely secret.

In the book “FDR and the Holocaust: A Breach of Faith,” historian Rafael Medoff suggests that Roosevelt failed to take relatively simple measures that would have saved significant numbers of Jews during the Holocaust because his vision for America was one that had a small number of Jews. In other words, FDR doomed many Jew to suffer not because he wanted them to die, but because he didn’t want a lot of them living in his neighborhood.

In 1938, he privately suggested that Jews in Poland were dominating the economy and were, therefore, to blame for provoking anti-Semitism there. In 1941, he remarked at a Cabinet meeting that there were too many Jews among federal employees in Oregon. In 1943, he told government officials in Allied-liberated North Africa that the number of local Jews in various professions “should be definitely limited” so as to “eliminate the specific and understandable complaints which the Germans bore towards the Jews in Germany.”

Eugenics specifically as applied to Jews seems to be FDR’s motivation for “Project M.” He asked John Franklin Carter, who ran an informal secret intelligence service for the POTUS to help him set up the project:

But Hrdlička wouldn’t take the job because he wasn’t given full control of the project:

In 1939, Bowman fired Jewish faculty member Eric Goldman because he claimed,  “There are already too many Jews at Hopkins.” Goldman had received a unanimous departmental vote for reappointment to his position as a professor of history. Bowman also speculated that “Jews don’t come to Hopkins to make the world better or anything like that. They came for two things: to make money and to marry non-Jewish women.”

Bowman knew exactly what Roosevelt wanted out of Project M.  Four years earlier, in 1938 he did a research project for the President, examining the prospects for European settlement in South America.  In setting up the 1938 project FDR wrote Bowman:

Very few people outside the team that produced the reports were allowed to see them and they had no discernible impact on policy decisions. In retrospect, the M Project’s principal accomplishment was to shed light on how now-discredited eugenic theories influenced FDR’s thinking about race, immigration, and the Jews of Europe. As the M Project’s reports rolled into the White House, so did news about the methodical starvation, torture, and extermination of Europe’s Jews in the Nazi Holocaust.

Project M is was just one example of FDR’s distaste for Jews. There were many actions FDR could have taken to stop or slow down the Holocaust, he didn’t. “He could have quietly permitted the immigration quotas to be filled to their legal limit — that alone would have saved 190,000 lives,” historian Rafael Medoff postulated. Additionally

Additionally, FDR was reluctant to speak out against the impending genocide

It is sad to consider that Franklin Delano Roosevelt is considered a hero by most Americans when the real truth was that he was a bigot who caused the death of almost 200,000 Jews and threw AMERICANS of Japanese descent into camps.  Perhaps it’s a progressive tradition as Woodrow Wilson and Barack Obama were also bigoted presidents.

Unlike FDR, President Trump is willing to process the asylum applications of any Central American migrant who meet the legal requirements and present their asylum request at a U.S. embassy in their home country or one of the official borders crossings.

Comparing the Holocaust to the Central American caravan is simply ignorant.