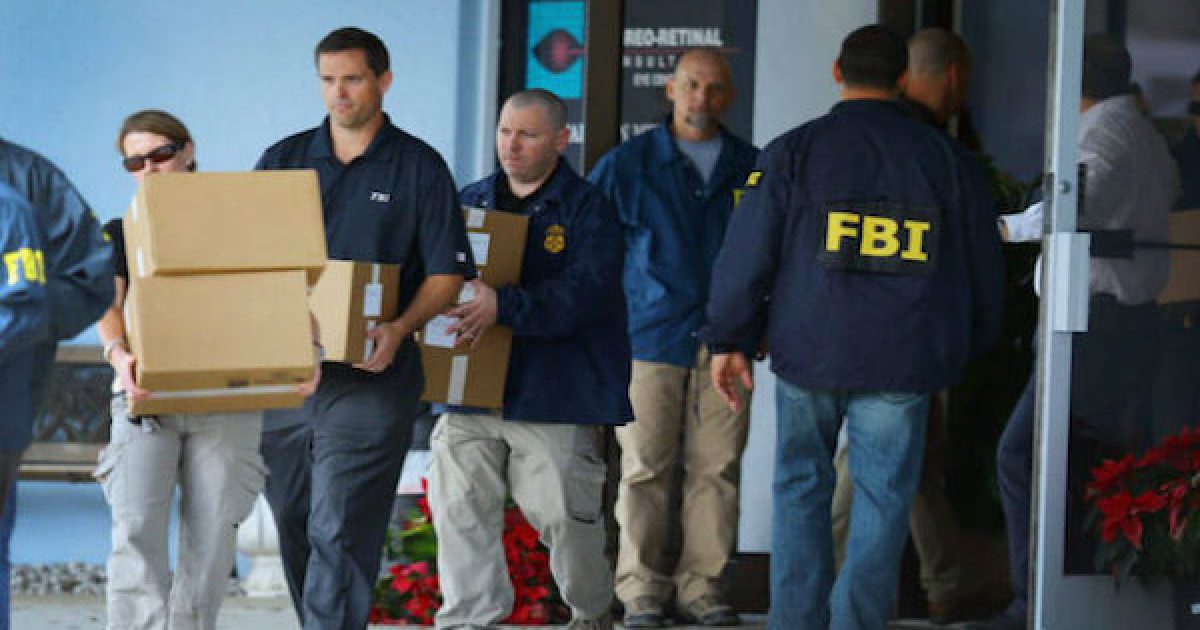 The FBI conducted a six-hour raid on the home of a recognized Justice Department whistleblower who had confidentially submitted documents related to the Clinton Foundation and Uranium One to a government watchdog, according to TDC, citing the whistleblower’s attorney.

Cain told the agents at his doorstep that he was a recognized and protected whistleblower under the Intelligence Community Whistleblower Protection Act, and that DOJ Inspector General Michael Horowitz had recognized his status, according to his attorney.

FBI agents raided the home of a recognized Department of Justice whistleblower who privately delivered documents pertaining to the Clinton Foundation and Uranium One to a government watchdog, according to the whistleblower’s attorney.

The Justice Department’s inspector general was informed that the documents show that federal officials failed to investigate potential criminal activity regarding former Secretary of State Hillary Clinton, the Clinton Foundation and Rosatom, the Russian company that purchased Uranium One, a document reviewed by The Daily Caller News Foundation alleges.

The delivered documents also show that then-FBI Director Robert Mueller failed to investigate allegations of criminal misconduct pertaining to Rosatom and to other Russian government entities attached to Uranium One, the document reviewed by TheDCNF alleges. Mueller is now the special counsel investigating whether the Trump campaign colluded with Russia during the 2016 election.

“The bureau raided my client to seize what he legally gave Congress about the Clinton Foundation and Uranium One,” the whistleblower’s lawyer, Michael Socarras, told TheDCNF, noting that he considered the FBI’s raid to be an “outrageous disregard” of whistleblower protections. More

Is ANYONE shocked at this!! Serioisly, they all know if they bring Killary down, the entire Obama administration goes as well. The Government scared to death to indict this convict!!

This raid clearly shows which side the @FBI is on. It is not the side of law and order. It is on the side of corruption, shady deals, @HillaryClinton, @BarackObama, and the @DNC

Sorry. But the IG is part of the #ClintonCrimeFamily
IG MH = 7th Floor.
(Still not sure? Name the last conviction – due to MH. LOL)

Of course they grabbed EVERYTHING. (and burned it)
This will disappear… like Hillary’s phones/computers the FBI destroyed/lost.

The FBI is just a military arm of the Democrat party at this point.

So, this story is sort of interesting.

All is not sad.  John Solomon at The Hill has found more evidence that this entire Russian thing was an FBI setup. And appearing on Hannity’s Fox News Friday night program, both Solomon and Sara Carter promised something big coming out of the internal FBI investigation into Hillary as early as Monday

Parts  of this post were first seen at Godfather Politics