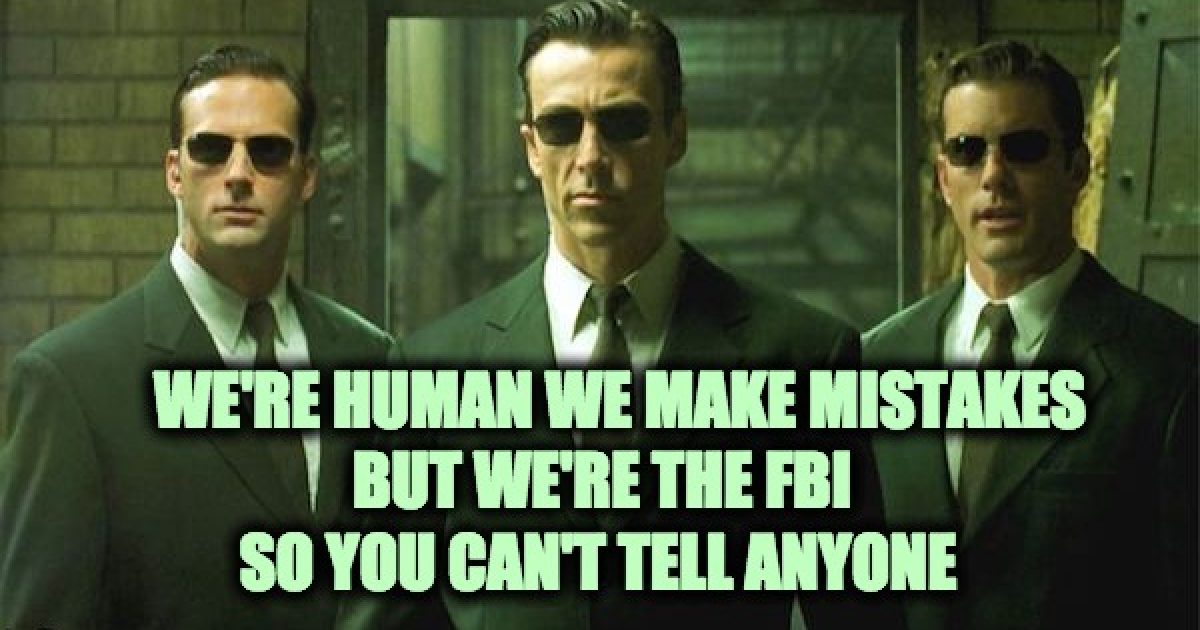 New documents have been revealed by the U.S. Senate that shows that the FBI had been trying to hide its culpability by seeking to suppress information showing that the so-called Trump dossier was filled with false, misleading, and unverifiable claims against then candidate Donald Trump.

As revealed in the recently released Republican FISA memo, the FBI used the fake Trump dossier as a basis to get FISA court’s permission to begin spying on Donald Trump even though it knew ahead of time that the dossier was filled with lies AND that it was written by operatives hired by Hillary Clinton’s failed campaign for president.

As reporter Sharyl Attkisson at The Hill reported:

The FBI secretly used the Steele dossier to convince a Foreign Intelligence Surveillance Court to permit one of the most sensitive invasions of privacy against a U.S. citizen: electronic surveillance by the government. Top Obama and Trump officials signed four wiretap applications against Trump adviser Carter Page starting in fall of 2016 — a month before the presidential election — relying, in part, on the dossier. That’s according to House Republicans who, on Friday, released a summary of classified documents they reviewed.

The FBI’s reliance on the anti-Trump dossier is questionable because while the judge was reportedly told the author had political motivations, the FBI allegedly did not disclose who funded it: Donald Trump’s chief opponent in the presidential race — the Hillary Clinton campaign — and the Democratic National Committee.

Oh, but it gets worse. The documents show that fake British spy Christopher Steele added fake info into his “dossier” that was given to him by Clinton operatives (one of whom appears to have been Sydney Blumenthal) who worked with Hillary during the time she was Obama’s Secretary of State.

Then there is this:

Even more problematic, the FBI may have violated strict rules — Woods Procedures — that forbid it from presenting even a single unverified fact to the special court, let alone a lengthy dossier full of them.

The criminal referral unveiled today says Steele’s possible violations involve claims he reportedly made about his dealings with the media. Conflicting accounts arose as part of a lawsuit in Great Britain where Steele is defending a libel claim made by a Russian businessman. Steele publicly accused him of hacking the Democratic Party. The criminal referral is not a formal accusation of wrongdoing against Steele, but a request for an investigation.

The conflicts of interest, here, are damning. What we essentially have is the Hillary Clinton campaign backed by Obama and the Democrat Party sent fake accusations against Trump to a “researcher” who then sent that fake info to the FBI which itself turned around and took that fake info to Obama’s national security officials as “proof” to justify spying on Trump.

This has to be the most corrupt failure of our national security and law enforcement community in history.

As a side note, even today the left keeps claiming that Hillary Clinton was the perfect, most qualified candidate in history… and yet she lost — TWO times — to two candidates (Obama and Trump) who had little political experience and no track record on the national political scene. So, how good could she have been to be trounced so by two novices like that and still be the best candidate in the world?

Anyway, it should be noted that all these fake accusations in the Trump dossier were used to surveil Trump staffer Carter Page. The corrupt FBI hoped to use that surveillance as a stepping-stone to destroy Donald Trump. They expected to find Page breaking the law so that they could then justify a jump to a wider investigation into Trump himself… at least that is their story. There seems to be far more to it than this. But that is another story.

So, what is outcome of all that surveillance? Carter Page was never accused of any wrongdoing or brought up on a single charge.