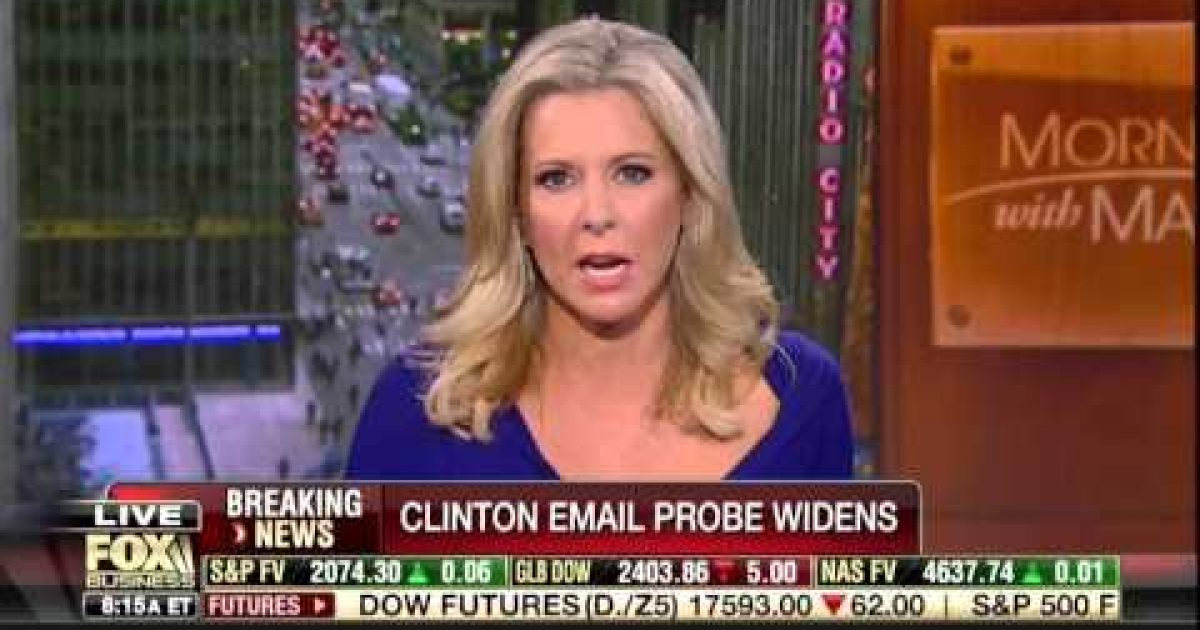 Parler Facebook Twitter Flipboard
The FBI is expanding its probe into Hillary Clinton’s emails beyond what has been previously reported. Now, according to Fox News. they are also looking to see if the former first lady or her staff gave “‘materially false’ statements given either in writing, orally or through a third party. Violations also include pressuring a third party to conspire in a cover-up. Each felony violation is subject to five years in prison.”

Earlier this week it was revealed the FBI had expanded its probe into Ms. Clinton’s emails to if top state department officials knew that secret information was compromised by her use of  a private server. The expansion revealed on Thursday morning goes beyond the earlier revelation.

(a)Except as otherwise provided in this section, whoever, in any matter within the jurisdiction of the executive, legislative, or judicial branch of the Government of the United States, knowingly and willfully

(1) falsifies, conceals, or covers up by any trick, scheme, or device a material fact;

(2) makes any materially false, fictitious, or fraudulent statement or representation; or

(3) makes or uses any false writing or document knowing the same to contain any materially false, fictitious, or fraudulent statement or entry;

Point (1) covers erasing emails from ones server, and changing the classification of a damaging document from simply to hide its  content from Congress and the public which former State Department lawyer Kate Duval was accused of doing for Hillary. Coincidently Ms.Duval once worked in the same law firm as Clinton’s long-time lawyer David Kendall and “happened” to work at the IRS during the Lois Lerner email controversy.
The law also states that to violate the above, statements do not have to be made under oath, only that they need to be false or misleading, causing federal agents to waste their time:

“The agents involved are under a lot of pressure and are busting a–,” an intelligence source, who was not authorized to speak on the record, told Fox News.
take our poll - story continues below

The section of the criminal code being explored is known as “statements or entries generally,” and can be applied when an individual makes misleading or false statements causing federal agents to expend additional resources and time. In this case, legal experts as well as a former FBI agent said, Section 1001 could apply if Clinton, her aides or attorney were not forthcoming with FBI agents about her emails, classification and whether only non-government records were destroyed.

The FBI is also doing its own classification of the Hillary emails as Under Secretary for Management Patrick Kennedy who was a close aide to Clinton at state, ” has argued to both Director of National Intelligence James Clapper and Congress that the ‘Top Secret’ emails on Clinton’s server could have been pulled from unclassified sources including news reports.”
Kennedy’s claim is suspect, As previously reported on this site in 2009 Barack Obama issued an executive order (a legit one for a change) which basically said only the agency that first classifies something can denote it unclassified.

According to Fox the FBI is going to the agencies that originated the classification which makes sense per the 2009 Obama order:

On Friday, Clapper spokesman Brian Hale confirmed that no change has been made to the two “Top Secrets” emails after a Politico report said the intelligence community was retreating from the finding.

“ODNI has made no such determination and the review is ongoing,” Hale said. Andrea G. Williams, spokeswoman for the intelligence community inspector general, said she had the same information. Kennedy is seeking an appeal, but no one can explain what statute or executive order would give Clapper that authority.

A U.S. government official who was not authorized to speak on the record said the FBI is identifying suspect emails, and then going directly to the agencies who originated them and therefore own the intelligence — and who, under the regulations, have final say on the classification.

One important point that the Media often ignores, this investigation into Ms. Clinton’s server was revealed during the Benghazi investigation but is totally unrelated.  And in this case what started out with a thoughtless use of a private insecure server, may end up with jail time for the presumptive Democratic presidential candidate.

Crist Calls for ‘Reckless’ Ladapo to be Fired
The Floridian