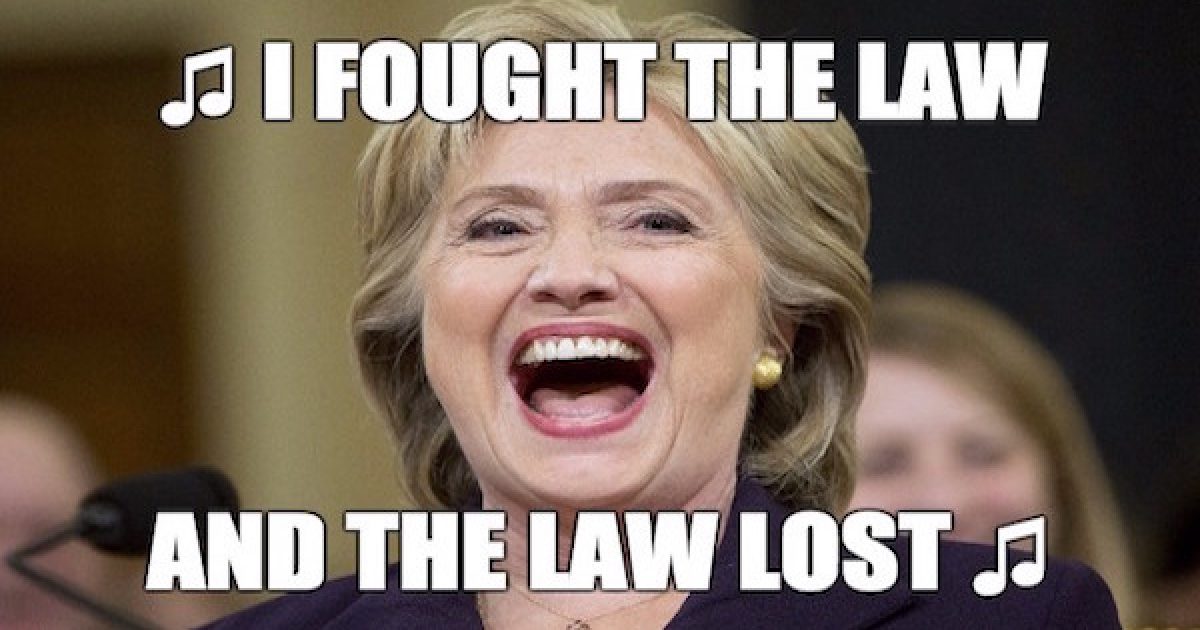 Something that seems to have been lost in the media circus surrounding the ongoing Mueller investigations, is just how differently the media has treated the FBI Trump investigation as opposed to the FBI’s Clinton investigation.

Remember when damning evidence was flowing on an almost daily basis, proving that the Clintons were dirty? The media did its best to downplay the revelations, and the Justice Department barely questioned the people in Clinton World because most of them were lawyers who claimed “privilege” when questioned. Now here we are, little more than a year and a half later, and there is still NO EVIDENCE that Donald Trump did anything wrong… and yet the media acts as if there is. Moreover, the Justice Department has even freely raided the President’s personal lawyer and arrested several of the President’s friends!

Sadly for Trump, his last name isn’t Clinton! If it were, he’d probably be left alone.

It’s not just me who believes this either.

Liberal law professor, and former confidant to President Bill Clinton, Alan Dershowitz is astounded at how the Trump administration is being railroaded by the media and the Left.

I think actually this does show us something significant about the investigation. I do think a decision has been made from the very top that the Mueller investigation is stick to Russia collusion, the campaign, obstruction of justice and anything else relating to Trump’s business dealings, any alleged relationships or payments to women will be given over to the Southern District of New York (SDNY). Now, they’ll work together. And this may be an attempt to squeeze [Michael] Cohen. He’s the lawyer. He is the guy who knows all the facts about Donald Trump. And to get him to turn against his client.

Look, this is a very dangerous day today for lawyer-client relations. I deal with clients all the time. I tell them on my word of honor that what you tell me is sacrosanct. And now they say just based on probable cause even though there was cooperation with Cohen, they can burst into the office, grab all the computers and then give it to another FBI agent and say you are the firewall. We want you now to read all these confidential communications. Tell us which ones we can get and which ones we can’t get.

You know, if this were the shoe on the other foot. If this were Hillary Clinton being investigated and they went into her lawyer’s office, the ACLU would be on every television station in America jumping up and down. The deafening silence of the ACLU and civil libertarians about the intrusion into the lawyer-client confidentiality is really appalling.

Dershowitz also added that Mueller’s team seemed to be acting overzealously and it was possible that Mueller himself had lost perspective of the job that he is supposed to be doing.

I think he has lost perspective. And I think that that happens when overzealous prosecutors are given a target. And the concern now is that there won’t be cooperation. I think we will now see a scorched earth policy on both sides.