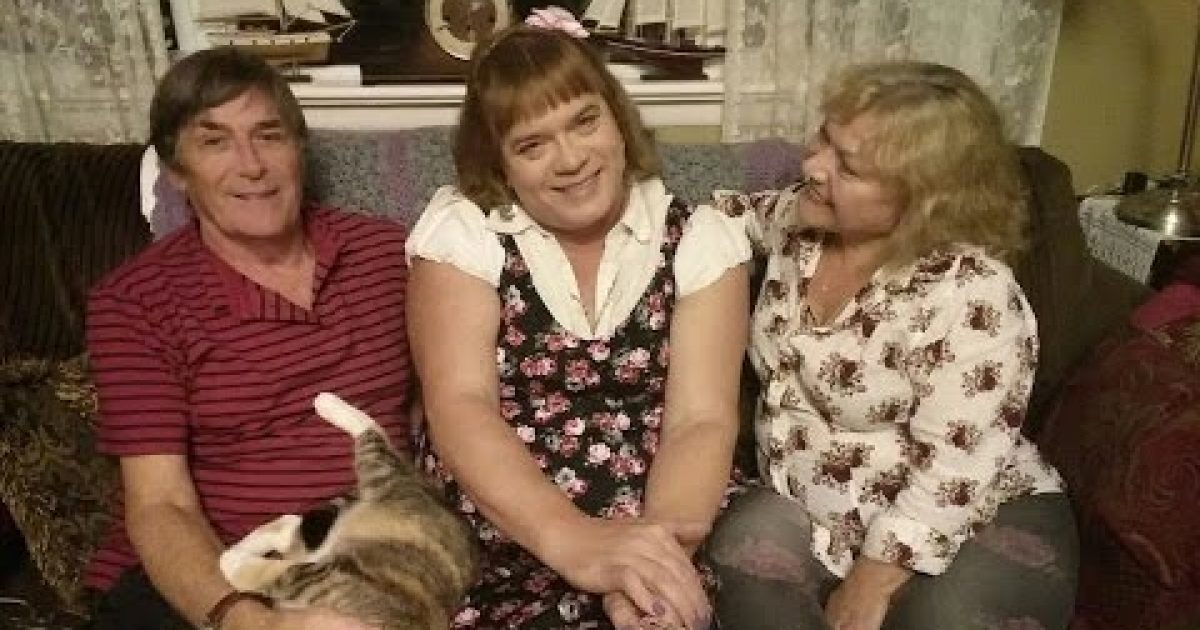 Who knows what tomorrow may hold in store for him!

Only Stefonknee Wolscht, a father of seven, is well past weaning. As he (or she or whatever) explains in a video produced by something called The Transgender Project (below) he doesn’t “want to be an adult right now.”

Before he gets around to sharing his delight in his latest transformation, Wolscht opens up about the painful event that obviously drove him over the edge: His wife ordered him to “stop being trans or leave.”

The money portion of the video begins at around 3:37:

I can’t deny I was married. I can’t deny I have children, but I’ve moved forward now and I’ve gone back to being a child. I don’t want to be an adult right now, and I just live my life like I couldn’t when I was in school.

I have a mummy and a daddy, adopted mummy and daddy who are totally comfortable with me being a little girl. And their children and their grandchildren are totally supportive.

In fact, their youngest granddaughter, when I was eight, a year ago I was eight, and she was seven, and she said to me, ‘I want you to be the little sister, so I’ll be nine.’

I said, ‘Well, I don’t mind going to six.’ So I’ve been six ever since. But we have a great time. We color, we do kids stuff, it’s called play therapy.

No medication, no suicide thoughts, we just get to play.

The Transgender Project website described itself as “an online collection of profiles designed to record, share and celebrate the personal stories of transgender women and men from across Canada; stories of struggle, of courage and of triumph.” Somehow, they omitted stark raving lunacy.

Several years back, we ran a story about “adult babies” — fully grown men and women with an overpowering urge to escape essentially to the safety of the womb: to dress up in baby clothes, suck on pacifiers, and while away their time in cribs or high chairs.

I don’t know if that fetish remains current, but people who succumbed to it did so for an hour, maybe two, then returned to their normal adult lives. It doesn’t take a licensed psychologist to recognize that those people probably needed mental help, although I wouldn’t be surprised to learn their condition was treatable.

I doubt that the same can be said for Stefonknee Wolscht.

Cross-posted with permission from Liberty Unyielding