The Fat Kid Video And The Time My Mom Punched Mrs. K in the Face

The video below is one of those internet movies that become viral.  It shows a fat kid (in Australia) being bullied, punched a few times till he finally decides to fight back.  Like most of these viral videos, the viewer can figure out what led to this point in the story. It is obvious that this wasn’t the first time the “fat kid” in this video was bullied; it was simply the first time he stood up to the bully.

This video touched me greatly because, well when I was growing up, I was that fat kid.  Please indulge me for a moment and read the story below the video. It tells of the first time this fat kid stood up to a bully.

Growing up I was that fat kid, bullied every day. Once, while walking home from Mrs. Ritter’s third grade class I was attacked by a bully (it was safe for kids to walk home from school alone in those days). I can’t tell you why, maybe someone put something in the mystery meat that was served for lunch) but I chose that day to fight back. As soon the battle was engaged,  I learned a  fat guy could use his weight to pin a bully to the ground.

There I was, sitting on top of Sheldon  (Its sick that I don’t remember what I had for breakfast an hour ago, but that kid’s full name is tattooed on my cerebral cortex). Anyway, yours truly was on top of Sheldon and for the first time in my long nine-year life—fighting back, that’s when Sheldon’s mom came over and kicked me in the nose to get me off her son.

Now, you might think that’s where the story ends, but there’s more. You see, my mom, may she rest in peace, was the typical Jewish mom. The  ensuing years have taught me that the only difference between Jewish moms and ones of other backgrounds are the language they use when they don’t want the kids to understand what they are saying (in mom’s case it was Yiddish, but Tommy Pellegrino’s mom used Italian).  The other difference is the examples they use when they want to send their child on a guilt trip (how many Jewish moms does it take to screw in a light bulb?  “No, don’t bother I will sit here in the dark) 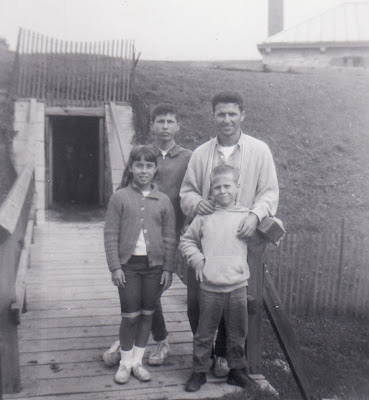 When I walked through the door and my Jewish Mama Grizzly saw my face, it was time to share with her the humiliation my nose received at the foot of Mrs. K (Sheldon’s mom). Without saying a word, she raced over to the cabinet over the oven and pulled out on of the many yellow-paged phone books, all of them were for the same territory but we never threw one out (hey they may forget to bring us one next year, you never know).

Mom opened the phone book to retrieve Sheldon’s home address then turned in my direction saying very abruptly “Get in the Car!” When my mom gave an order you followed it without asking questions. She had the fastest back hand In NY. Whenever my mouth would unleash something to anger her she would demonstrate her backhand prowess. If you were there and saw her, you wouldn’t see her hand move, only the tell-tale white (and then red) hand impression on my cheek It happened very often, even back then, the snarky gland in my brain was hyper-active.

Jumping into the car (just following orders) I got in the car as my mom took off to Sheldon’s house.  Now some of you might be wondering if I skipped the part about putting on the seat belt.  Back there we had an automatic restraint system. When the car was making a jolting stop, mom’s right arm (the one with the back hand) would stretch out in less than 3 microseconds and stop the child passenger from going through the windshield.

When we arrived at Sheldon’s house (back then homes were named after the kids not the parents), I followed mom out of the car and watched as she rang the doorbell. When Mrs. K. opened the door, mom turned to me and said, “Is that her?” Nodding in the affirmative, I knew what was coming next. Using the fastest hand in New York, mom gave Mrs. K a right jab that would have made Muhammad Ali proud.

“Nobody hits my kids except for me,” she snarled at Mrs. K. With that she turned toward me and said “Get back in the car!” Like I said, no one argued with my mom especially when she was angry and nothing made her angrier than someone hurting one of her kids or my dad (in that order).

Dad was lucky; at least he came before the dog.  The years brought six grandchildren and dad moved from 4th to 13th. Her kids moved behind the grandchildren to a 3-way tie for 7th, then came the two daughters-in-law and son-in-law. Of course that never fazed dad, he felt then and still feels now the kids come first.

When we were growing up each one of the kids felt we were the favorite child, my older brother because he was the first, my older sister because she was one of only two girls amongst all of the children of my generation of the family, and me because, well…I was the baby.  Mom always said to me that even when I was a hundred years old, I would still be her baby. 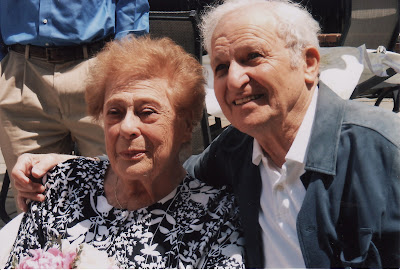 Mom passed away 17 months ago in mid-October 2009.  I don’t know whether it was because of the cancer that was ravaging her body, or the medication to keep her out of pain, but two days before she passed away she was “out of it.”  My father was taking one of his very few breaks during those last weeks, down in the hospital coffee shop, and I was sitting next to my mom’s bed watching her sleep when she suddenly called out for my father.

Not knowing if she recognized me, I looked at her and said, “Mom, it’s me, your baby, I will always be your baby.” She looked at me nodded her head and smiled.” that was her last lucid moment before she slipped away.

One-and-a-half-years later I am still my mom’s baby. That’s why that video touched my heart, not because I was the fat kid who was bullied all of the time, but because it reminded me how lucky I was to be raised by two parents who did not have the “Dr. Spock” guide to being a parent, but raised us with one important rule in mind.  No one can be the perfect parent, but showing your children love and a hearty supply of hugs is the most important part of raising kids.

Passover is a month away. Like most sacred holidays, this one involves being with family. This will be the second Passover without chopped liver my mom made every year (she made poor dad chop the liver by hand, which may the cause of the bursitis in his shoulder). We would make jokes that we couldn’t eat store-bought liver because it didn’t have the gristle my mom’s home-made liver had.  I will miss that liver, but I won’t miss my mom, because she will be there in the pictures, the stories and the jokes about gristle. And should Mrs. K (who is gone also) show up, she better watch out, because I am sure that mom has lost nothing off her backhand especially when it comes to protecting her family.