Democrats Condemn Fake ICE University: But It Started Under Obama 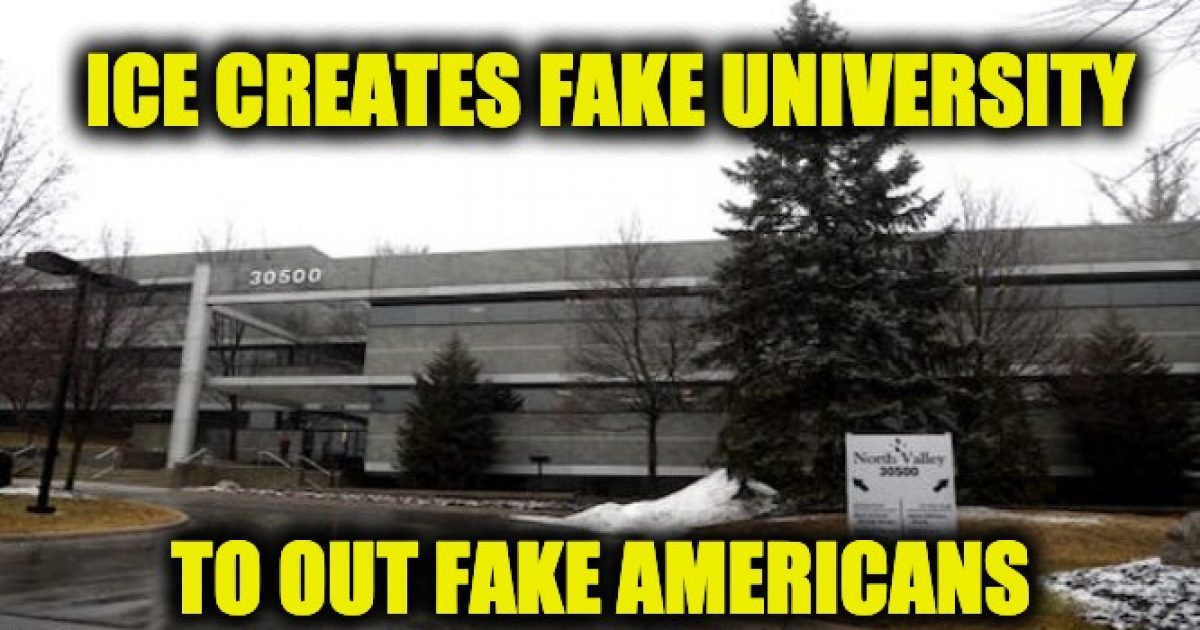 On Monday, we were informed that U.S. Immigration and Customs Enforcement (ICE) had arrested roughly 250 students since January on immigration violations as part of a sting operation involving a fake university, actress Alyssa Milano, a fervent opponent of ICE, tweeted, “OH MY GOD. ICE has arrested about 250 students who were enrolled at a fake university set up by ICE to lure in students.”

ICE has arrested about 250 students who were enrolled at a fake university set up by ICE to lure in students.https://t.co/2P8iZtnMGB

I thought liberals like Alyssa Milano weren’t allowed to recognize God. Is she complaining about the fake university, or is she kind of tense because she’s still observing that sex strike she started.

I saw members voting YES w/o even a summary of the bill. Nobody cared then how we’d pay for it.

Now ICE is setting up fake universities to trap students.

Yet we were called radical for opposing it.

Come on, AOC, think of it as free college. You socialists love free stuff, even though you don’t want us to call it free stuff.

This is cruel and appalling. These students simply dreamed of getting the high-quality higher education America can offer. ICE deceived and entrapped them, just to deport them. https://t.co/t6kQLiV5oh

But Pocahontas, it’s no crueler than your wealth tax plan which will result in taxing some rich people over 100%. Or your proposal to create at least 20 new bureaucracies.

Progressives unleashed on Immigration and Customs Enforcement (ICE) Wednesday over reports that the agency arrested 90 foreign-born students who had enrolled in a fake university, but someone forgot to tell them that the sting operation predates their favorite target, President Trump.

Rep. Alexandria Ocasio-Cortez, D-N.Y., and others reacted to news of the arrests by accusing ICE of entrapping students and implying that the tactic was new under the Trump administration. As it turns out, former President Obama’s administration not only founded the fake university, it engaged in a similar operation in New Jersey in 2016.

“Earlier this year, Congress rushed to approve BILLIONS more $ for ICE + CBP,” Ocasio-Cortez tweeted. “I saw members voting YES w/o even a summary of the bill. Nobody cared then how we’d pay for it. Now ICE is setting up fake universities to trap students. Yet were [sic] called radical for opposing it.”

Just like Obama’s policy of separating families and putting children in detention but no outcry from the left until now. Now there’s a mad scramble to spin it when it’s pointed out to them this started before the Trump Presidency.

Police set up sting operations law enforcement efforts. I don’t see a problem with them enforcing the law and using the tools that are available to them.

What’s wrong with creating a fake University to draw out fake Americans?