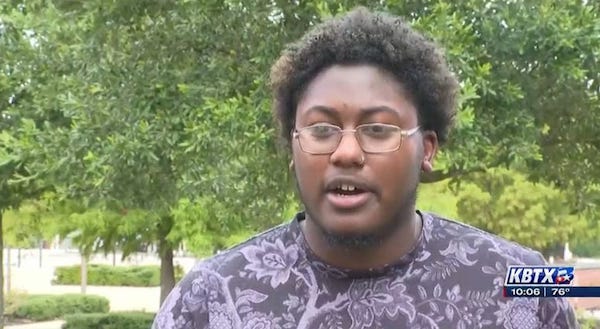 From ‘poop swastikas,’ to the pull rope on a garage door, to bogus hijab-pullers, to Jussie Smollett, and so many others there has been a parade of people with their noses out of joint because ‘America is Racist’ who — on closer inspection — weren’t the victims of anything more than their own myopic need for attention and outrage.

And it’s looking like we’ve got another such case at A&M. 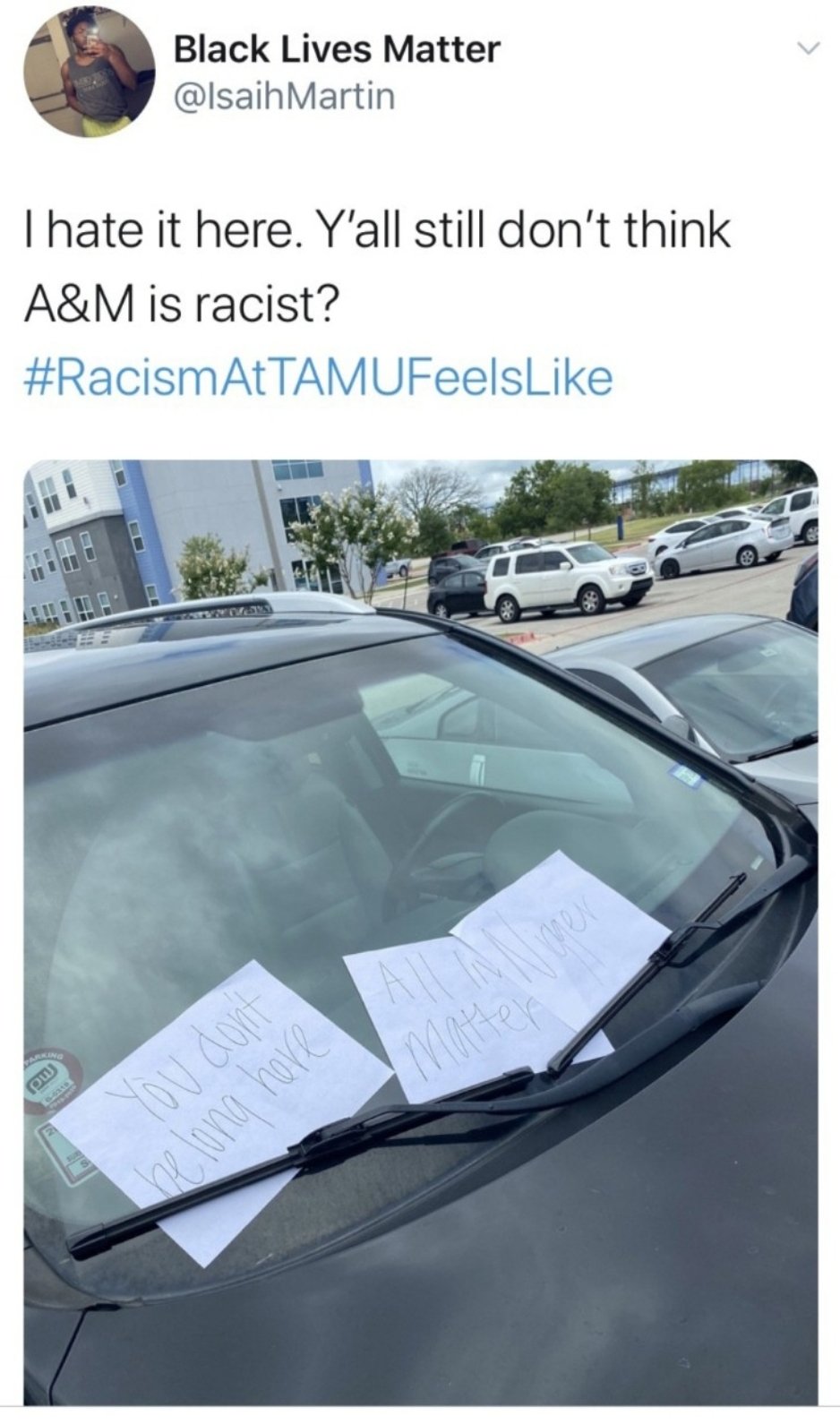 He went on the local news and said that if he knew that attending college at Texas A&M would be like this, he wouldn’t have come.  He implied that the display of hate left him positively “shook” as the kids say.

Isaih Martin, a senior at A&M, called police on the afternoon of Wednesday, June 24, to report finding three handwritten notes on his car that said “All lives matter” and “You don’t belong here.” The third note contained the N-word.

According to the report, Martin parked his car at his apartment complex on George Bush Drive just after 11:00 a.m. and walked into a nearby apartment. Roughly 90 minutes later Martin returned to his car where he claims he then found the papers.

…Police said in their report there was no nearby camera to clearly show what happened, but there was surveillance video from a nearby pool camera that showed a couple of people walking near Martin’s car during that time frame, but they were only near the car for a few seconds each.

Police said in the report it was “difficult to distinguish any characteristics of the suspect in the video” but “based on video evidence, no other person had enough time to place the messages on Martin`s car other than himself.”

The report goes on to say, “the other individuals that walked past Martin`s vehicle were not hidden for more than 5 seconds, and would have had to reach over the hood to place the notes.” — KBTX

So we’ve probably got another Jussie on our hands.

And there was an ‘All Lives Matter’ written on the page as well. How convenient for a BLM activist’s narrative that wanting every life to hold equal value is somehow ‘bigoted.’

Martin, who believes the notes were left by one of the men seen in the video walking a dog, has taken to social media to share his side of the story. There, he’s been faced with increased skepticism, especially after announcing this week he consulted with an attorney and was no longer speaking with police.

Oh, ok. He’s off to find the REAL culprit.

Maybe he could enlist OJ Simpson in his quest for justice. Or write a book about the incident… perhaps called, ‘If I Left It.’

A&M’s president offered a $1200 reward for information leading to who the culprit was. Perhaps the cops should ask if they are eligible.

The real problem with these hate hoaxes is not that some maladjusted SJW gets his nose out of joint, but that the endless droning on about racism has a couple of serious negative societal repercussions.

First, it numbs us all to the words ‘racist’ and ‘bigot.’

There was a time — in my lifetime — that even invoking the word ‘racist’ would cause a hush to fall on a room. They use it as a weapon because every civilized westerner knows that mistreating someone, solely over the color of their skin is a Bad Thing.

But if everyone and everything is racist… well, look what happened to the Boy Who Cried Wolf. When the wolf DID come, nobody listened to him anymore.

Second, it creates needless tension and division between groups that need not be in conflict. There is the real possibility that the constant drip-drip-drip attacks demonizing the majority population as inherently ‘evil’ will have the unintended (or is it intended?) consequence of generating real feelings of resentment and causing mutual protection pacts to form — naturally along ethnic lines.

Do we REALLY want prison culture to spill out into broader society?

Or can we all just dial it back now and find some way to get along?