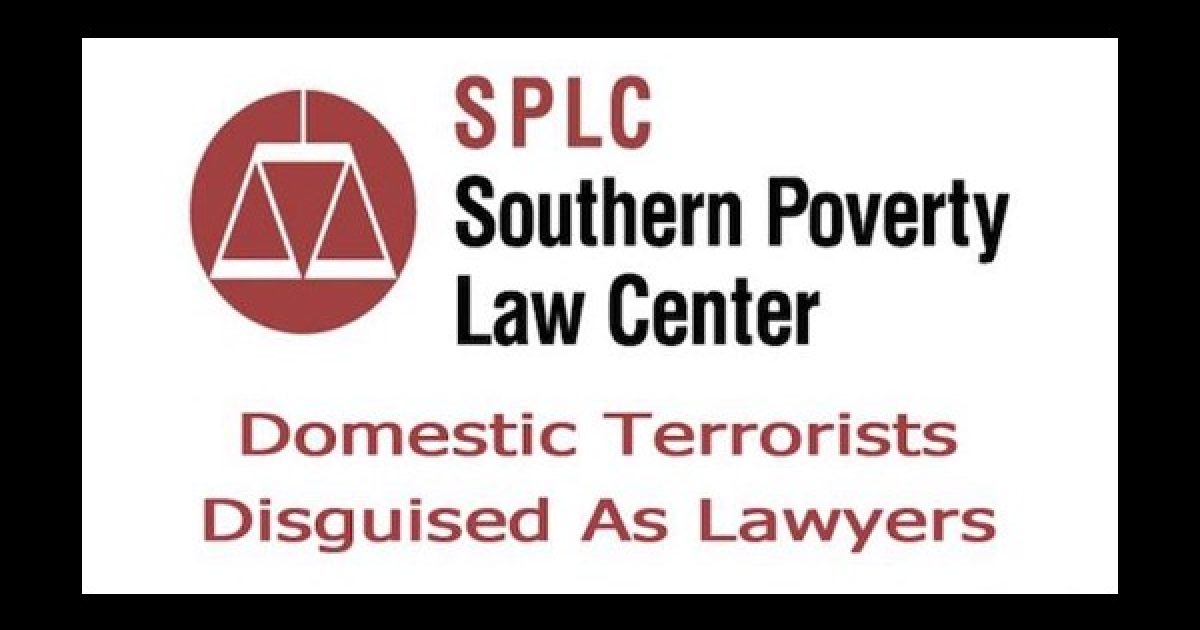 Last week it was learned that tech groups such as Facebook and Amazon.com have turned to the so-called “hate group tracker,” the Southern Policy Law Center (SPLC), to help them track “fake news” and societal trends.

And this week moderate Islam advocate Ayaan Hirsi Ali charged the SPLC with “running a scam.” But the group is far more dangerous than that.

On June 7, Fox News writer Brian Flood notes that a group of tech giants in Silicon Valley is working with and consulting with the SPLC in policing their various platforms.

Spokespeople for Facebook, Amazon and Google confirmed a relationship with the SPLC when reached by Hasson. Twitter declined to comment but told the Caller the company is “in regular contact with a wide range of civil society organizations and [nongovernmental organizations].”

The investigation determined that Amazon gives the group the most power.

Amazon’s Smile program allows customers to donate a percentage of proceeds to various charities and the SPLC determines which charities receive the cash, according to the Caller, which reported last month that a prominent Christian legal group was barred from the Smile program, while openly anti-Semitic groups were allowed to participate.

Founded in 1971 by attorney Morris Dees, the Southern Poverty Law Center claims to have dedicated itself to fighting hate and bigotry and to seeking justice for the most vulnerable members of our society. By that, they don’t mean just anyone who is oppressed but only the liberal-approved minority grievance groups whose cause it wants to flog.

Stossel isn’t alone. As noted above, mild-mannered civil rights activist Ayaan Hirsi Ali — whom the SPLC has labeled an “anti-Muslim extremist” — has also attacked the group.

Recently she defended herself against the SPLC’s attacks:

“I’ve never met anyone from the Southern Poverty Law Center. I didn’t know they existed until they put my name on that list,” Hirsi Ali told reporters at a Hoover Institution media round table Monday, reflecting on the SPLC’s decision to categorize her as an anti-Muslim extremist. “Since 9/11/2001, I was used to being put on lists, and in so many different ways being vilified. So, at first, I didn’t think anything of it until I realized their level of influence, that they were actually saying you can’t invite this woman because she is an extremist. And then I went on their website and I saw who the other extremists are — white supremacists, and all the fringe, really, really radical extreme fringe groups — and I thought, who on earth are these people, and why are they taken so seriously?”

If anyone is a victim of Muslim extremism it is Ali:

Born in Somalia, where she grew up a “devout Muslim,” Hirsi Ali was subject to genital mutilation, ultimately fleeing to the Netherlands in her early 20s to escape a forced marriage. Her career has subsequently focused on fighting Islamic extremism, especially in the context of women’s rights and, among other pursuits, she’s held positions at the American Enterprise Institute, Harvard University, and Hoover, where Hirsi Ali currently works as a research fellow.

“It’s really kind of a scam that these people are pulling off. At one point they started off with crucial issues like civil rights groups and stood up for these people, but after that, it’s just one big fundraising machine,” Hirsi Ali said.

Worse, the U.S. media treats the SPLC like it is handing down gospel from the Burning Bush. Journalists are supposedly taught to have two or more sources for its stories, but when it comes to the SPLC, the whole of the old media complex takes the group’s word without any attempt to double check its proclamations.

The SPLC calls itself a “watchdog” group that fights “hate” and “racism.” But in fact, it is a fake watchdog group.

Indeed, the SPLC does all it can to make the purported problem of hate look worse than it actually is just to serve its fundraising needs. For instance, to you and me the KKK is a single thing. To us, the Klan is the same in Georgia as it is in Indiana. But to the SPLC, each KKK outlet is a whole new “hate group.” In other words, the SPLC would take ten Klan affiliates and call them ten separate hate groups. Where you and I would see one hate group with ten offices or clubs, the SPLC sees multiple groups. That makes its reckoning seem like there are literally thousands of hate groups when there really aren’t. So, it doesn’t just watch for hate, it invents it to make itself seem more important and necessary.

Back in 2010, for instance, I looked at the SPLC’s so-called hate map, and in Illinois it made the same groups appear to be many groups. The Illinois National Socialist Front, for one, was listed three different times in three different cities. The Nation of Islam was recorded five times, and the United White Knights of the Ku Klux Klan was also listed three times. The same was true in nearly every other state. Chapters of the same groups were listed multiple times as separate groups instead of once.

So, the goal isn’t to root out hate. It is to inflate its statistics for its fundraising scare tactics. Members of the SPLC once actually said this. In the 1980s a large number of the SPLC’s own legal staff quit because of founder Morris Dees’ obsession with the utterly powerless and disorganized Ku Klux Klan. These workers resigned because they said attacking the Klan was absurd since there are so few actual Klan members around and wasting resources on the Klan took away their ability to track more active, larger, and more powerful hate groups. But Dees pushed the Klan angle anyway because it brought in donations from frightened liberals, not because it was a real threat.

We also found that the group’s employees were almost 100% white. Apparently, the SPLC wasn’t much in to “diversity.”

Furthermore, we know for a fact that the SPLC isn’t about “tolerance” by looking at how they treat Christian groups. Any group with a traditionally Christian view of gay marriage or abortion is titled a “hate group” by these people. Christian groups like the Family Research Center, for instance, are labeled as a hate group because of their Bible-based ideals. On top of that, SPLC refuses to mark any of the Antifa groups as hate groups despite their many calls to violence. So, it isn’t about “hate” so much as it is about pushing left-wing politics.

As to its funding, Morris Dees himself once said that his group would stop fundraising if it ever reached an endowment of $55 million dollars. But, this is a multi-hundred-million-dollar concern today. It reportedly has a more than $200 million endowment these days which is many millions more than its operating costs. And fundraising has become a significant part of its organization. It seems more like a perpetual political campaign as opposed to a research group. It has also become a big honey pot for Morris Dees. He rakes in nearly $400,000 a year as its chief.

In the end, what the SPLC has turned into is a dangerous mix of big money serving an anti-American, far left agenda. But you can help stop it.

The best way to defeat the SPLC is to attack any media outlet for using the SPLC’s opinions as “expert analysis.” Again, journalists are supposedly told to look for at least two sources for something before reporting it, yet in every single case when using the claims from the SPLC reporters are violating that golden rule. And that is because they take the SPLC’s word without making any attempt at all to substantiate anything the SPLC says. It is just accepted as gospel without any incredulity at all. If as consumers of news we all vociferously deny the legitimacy of the SPLC, that will go a long way toward taking these dangerous people down.