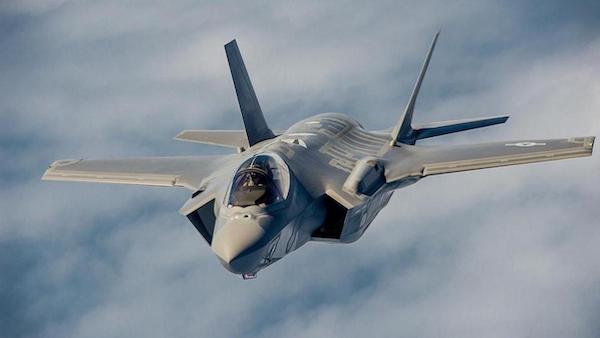 Is it safe to put sophisticated American weapons—such as F-35 fighter-bombers—in the hands of an Arab dictatorship—such as the United Arab Emirates? The historical record points to three dangers that raise questions about the wisdom of the current proposal to provide these jets to the UAE. F-35s

The first danger is that the UAE’s current dictator could be overthrown and replaced by someone hostile to America and Israel. The Islamic-Arab world is legendary for its revolutions and violent coups.

Providing weapons to a stable democracy is generally safe because they have built-in safeguards that ensure continuity. Even if a new party comes into power, free nations honor the treaty obligations of their predecessors. There are exceptions, of course, but generally, that’s how it works—because otherwise, nobody would ever sign a treaty with another country. But deals with dictators are inherently very risky. And when the agreement involves the world’s most advanced fighter aircraft, then the risk is all the greater—because the consequences would be devastating.

The second danger is that the UAE will, for whatever reason, decide to transfer some of those planes to another country. Recall this news report in the New York Times on July 11, 1982, during the Lebanon War:

“Israel has given United States intelligence officials documents and other information obtained in Lebanon…[concerning] what they considered the surprisingly large stores of weapons seized by Israeli troops in Lebanon. Among those weapons, the Israelis said, were American M-16 rifles that had been sold to Saudi Arabia. Copies of the documents, most of which were given to President Reagan late last month by Prime Minister Menachem Begin, were made available here by Israeli officials.”

How, one may wonder, did those American combat rifles end up in the hands of the PLO terrorist army in Lebanon? Did the PLO steal them, Saudi Arabia? Did the Saudis give them as a gift? Who knows? The point is that weapons which were given to an American “ally,” a regime that was supposedly “moderate,” ended up in the hands of anti-American, anti-Israel terrorists in a country far away.

Obviously, transferring rifles is much easier than transferring an F-35. But the principle is the same. Once the planes are in the hands of an unscrupulous dictator, there is no way to guarantee they will stay there.

The third danger is that the UAE itself will turn against Israel. The precedent is Jordan. In the 1960s, the Kennedy and Johnson administrations insisted that King Hussein was “moderate” and should be given advanced American weapons. They provided him with M-47 and M-48 Patton tanks and other weapons.

Then the “moderate” decided to join the Arab war against Israel in 1967. Lenny Ben-David, a former senior Israeli diplomat in Washington, describes what happened next in a recent study for the Jerusalem Center for Public Affairs:

“The Jordanian army moved U.S.-supplied M-47 and M-48 Patton tanks, long-range ‘Long-Tom’ artillery, and mechanized infantry (M-113 APCs) into the West Bank to face Israel… According to Yitzhak Rabin’s memoirs, Israel had dropped its objections to the U.S. provision of offensive weapons to Jordan after King Hussein pledged that the U.S.-supplied tanks to Jordan would not cross the Jordan River to threaten Israel.

“When the war broke out, Jordanian artillery and tanks blasted the Jewish side of Jerusalem and the Ramat David military airbase in Israel’s north. Jordanian Hunter aircraft bombed Kfar Sirkin, Netanya, and Kfar Saba. On the evening of June 5, 1967, Jordan dispatched its crack 40th Armored Brigade with 90 M-48 tanks from the Jericho area north along the east bank of the Jordan Valley to the Damya (Adam) Bridge. After traveling all night, the Jordanian force crossed into the West Bank toward Nablus (Shechem). A major tank battle ensued in the Dothan Valley. The IDF lost 33 soldiers; its tank brigades were equipped with inferior Sherman tanks.”

Meanwhile, on the outskirts of Jerusalem, an Israeli unit “encountered Jordanian infantry and some 30 Jordanian Patton tanks at the strategic high point of Tel el-Ful (“Hill of Beans”), where King Hussein was building a palace to overlook Jerusalem. The elite Jordanian armored unit was commanded by King Hussein’s cousin, Brig. Sharif Zayd bin Shaker, a graduate of the U.S. Army Staff College. Israeli ground and air forces destroyed many of the Patton tanks that were advancing from the Jordan Valley, and the Jordanian forces withdrew.”

Whether as a result of a coup, a malicious arms transfer, or a change in attitude in the UAE, Israel could find itself one day fighting American F-35 aircraft just as it found itself fighting American Patton tanks. Giving the UAE the fighter-bombers is an amazingly lousy idea.

[Moshe Phillips is the national director of Herut North America’s U.S. division; Herut is an international movement for Zionist pride and education and is dedicated to the ideals of pre-World War Two Zionist leader Ze’ ev Jabotinsky. Herut’s website is www.herutna.org]