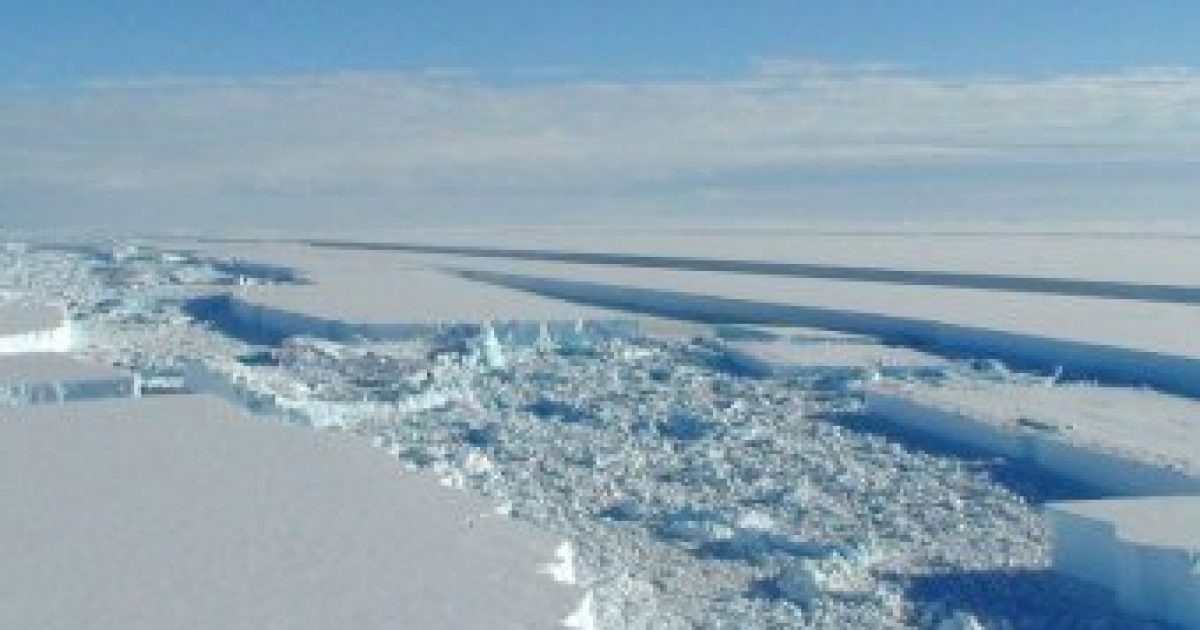 According to scientists from the Antarctic Climate and Ecosystems Cooperative Research Centre (CRC) there is more sea ice surrounding Antarctica than at any other time since scientists began keeping records.

Satellite imagery reveals an area of about 20 million square kilometres covered by sea ice around the Antarctic continent.

Jan Lieser from the Antarctic Climate and Ecosystems Cooperative Research Centre (CRC) said the discovery was made two days ago.

“This is an area covered by sea ice which we’ve never seen from space before,” he said.

“Thirty-five years ago the first satellites went up which were reliably telling us what area, two dimensional area, of sea ice was covered and we’ve never seen that before, that much area.

“That is roughly double the size of the Antarctic continent and about three times the size of Australia.”

The formation of sea ice around Antarctica every year is one of the biggest seasonal events on Earth.

The ice is generated in what scientists refer to as “sea ice factories” or polynia – areas of the ocean surface where currents and wind patterns combine to generate sea ice.

“As soon as sea ice is produced in these polynias it is actually transported away from that so more sea ice can be produced,” Dr Lieser said.

Of course those same scientists are afraid of losing income so what do they blame the increased sea ice–global warming (what else?).

“The extent of sea ice is driven by the winds around Antarctica, and we believe that they’re increasing in strength and part of that is around the depletion of ozone,” he said.

I wonder if that’s the same Ozone layer that scientists say is recovering?

Finally, some good news about the environment: The giant hole in Earth’s ozone layer is shrinking.

The atmospheric layer that protects Earth’s inhabitants from the sun’s harmful ultraviolet rays is slowly rebuilding itself, according to a United Nations report published Wednesday.

The strange part is if the hole in the Ozone layer peaked in 2006 why didn’t those winds spring up eight years ago? And If it’s closing why is the ice growing? And if warming is causing the growing sea ice shouldn’t it have stopped 17 years and 11 months ago?