Ex-Mexican Pres. to Trump: We’re ‘Not Paying For That F***ing Wall 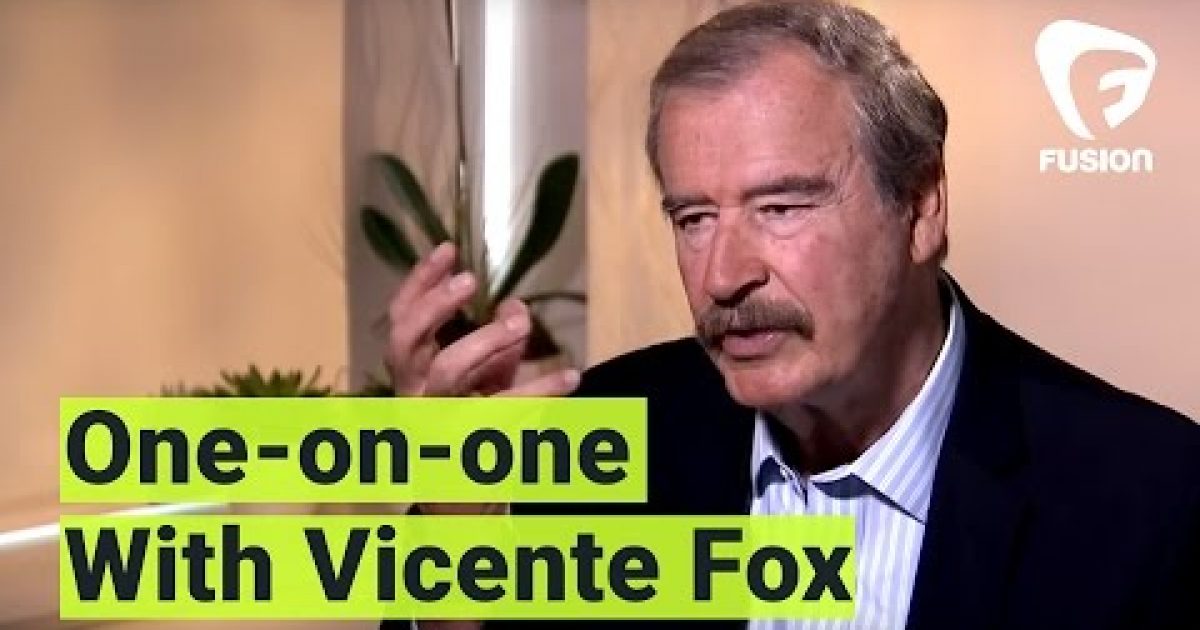 Former Mexican President Vicente Fox was interviewed by Jorge Ramos on Fusion  Thursday and had a little message to “The Donald.” When Ramos asked Fox about Trump’s plan to build a wall on the boarder, the former President said, “I’m not going to pay for that fucking wall! He should pay for it. He’s got the money,” Fox said.

“Are you afraid that he’s going to be the next President of the United States?” Ramos asked. “What would that mean for Mexico?” Fox said no because Trump is crazy:

“No no no, democracy can not take that, crazy people that don’t know what is going on in the world today. This worries me, the last caucus in Nevada… he won 44 percent of Hispanics I’d like to know who those Hispanics are, because they are followers of a false prophet. He’s going to take them to the desert, and if they think that they will benefit with an administration led by Donald Trump, they’re wrong. They must open their eyes. Please, you Hispanics in the U.S., open your eyes.”

Fox is not alone, former Mexican President Felipe Calderón said the same thing but in less colorful language, he  recently told CNBC there’s no way Mexicans are going to pay for a “stupid wall.”

For those of you who believe that Donald Trump will be able to bully foreign leaders the way he tries to bully everyone else, that is not how foreign relations work.   You have to build consensus not threaten.