Will Ethiopia Be Biden's Next "Afghanistan Disaster" 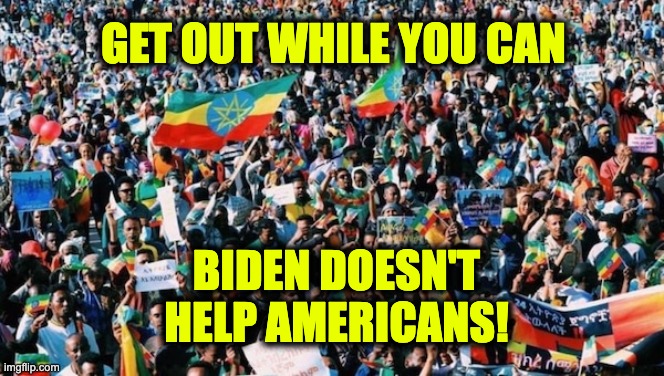 Millions of people are marching in Addis Ababa in support of the government of Prime Minister Abiy Ahmed. Tigrayn rebel fighters are encroaching on the capital. The US warns Americans and nonemergency diplomats to leave Ethiopia as soon as possible via commercial flights. (CBS) But what is the truth? The US news media and our politicians are being accused of twisting what is occurring there.

Orchestrated media propaganda against #Ethiopia is escalating. Once notable entities regurgitating a biased narrative. Integrity in reporting has not been under such threat & anyone who believes in accurate reporting should be concerned. Despite it all #Ethiopia will overcome!

Billene Seyoum, one of the Prime Minister’s Press Secretaries

Photos below from Ugandan media host @adam_kungu on today’s protest in Addis’s Meskel Square which reports say many from both the city and the regions attended to protest against misreporting on the conflict in northern Ethiopia and to demonstrate support for the Govt. https://t.co/boHB6AW3eL

US Warns Americans To Leave Ethiopia

The TPLF of Tigray were once in charge of Ethiopia for around 27 years. According to locals, the Tigray regime “ruled with an iron fist.” In 2018, a general uprising of the people forced a regime change, and Prime Minister Abiy Ahmed took the reins of the government. The people believe he has been moving the country toward Democracy. But since 2020, the TPLF and alliances have flipped that idea and managed to make the current government look evil. The narrative being promoted by the Western Press is that the Ethiopian government is committing “genocide” against the Tigrayn people, and numerous politicians in the US are advocating sanctions against the Ahmed government. But what is really going on? Depends on who you listen to.

7 November massive protest against TPLF & its enablers, the largest protest ever in Ethiopia history, Masses to say #NoMore pic.twitter.com/uvJ1O9jUSD

The people of Ethiopia say they suffered greatly under the thumb of the TPLF for 27 years. They liked how their nation was moving toward a Democratic form of government. Ahmed made peace with neighboring countries like Eritrea and assumed the United States was on that track with them. Not so much. Never assume.

Three points of contention have cropped up to create a different narrative: the hydroelectric dam that now supplies electricity to Ethiopia, mainstream media bias, and politics. Egypt doesn’t like the dam built by Ahmed, and Egypt is a powerful broker in the Middle East. President Trump once said that he expected them to blow up the dam. 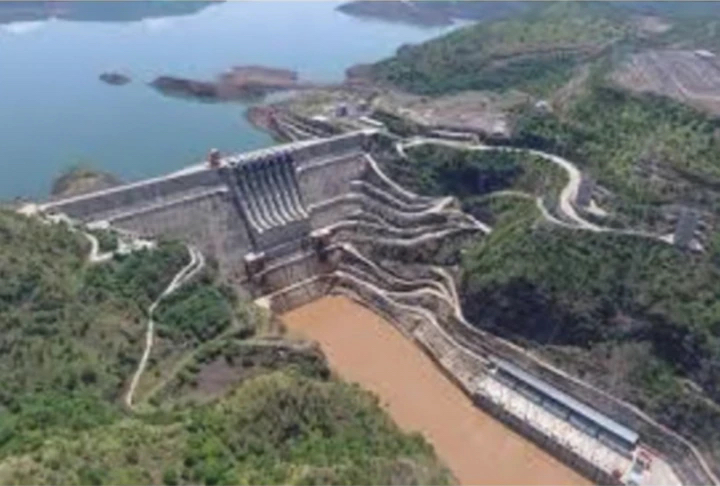 According to the pro-government folks, the TPLF has an arm of media-savvy people who are busily spinning everything that happens against the government, some of whom are quite cozy with the MSM.

The third leg is that these pro-government folks say that US politicians who have no clue what has gone on seem to have bought the media’s lies. Presidents to Senators and now the Biden administration. The truth could be buried in the bias.

From the number of people demonstrating, it would appear that the citizens of Ethiopia like their Prime Minister (reminding everyone that a government can bring out the demonstrators any time they want). Ethiopia was once an ally of the United States but is now under severe sanctions for the “genocide” of Tigray. According to the video below, when the TPLF was in power, even women and children were under threat.

Now the TPLF and its alliance with terror groups are moving swiftly toward Addis Ababa. And the US warns Americans to leave as soon as possible. 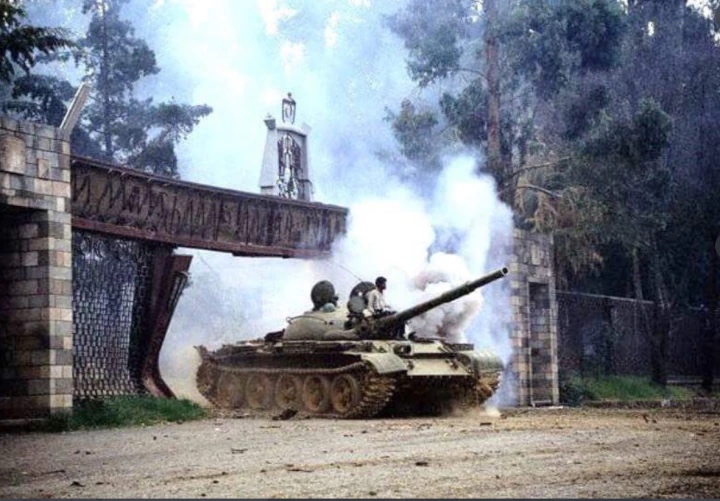 The Caption of this screenshot from Twitter reads, “Today you will wake up in a new reality.”

Keep in mind that reporters for the MSM have great cameras and can capture images that paint a picture, regardless of whether that picture is accurate or not. The war has continued between pro-government forces and the TPLF and its terrorist allies for an exceedingly long time. Hundreds of thousands of people have died on both sides. Hundreds of thousands have been displaced. Food is becoming scarce. Suffering is everywhere. The TPLF wants to be in power again, and the US is apparently aiding them, maybe even unwittingly. Sounds kind of familiar.

The following video gives an entirely different side of the conflict than what is promulgated by the Mainstream Media.