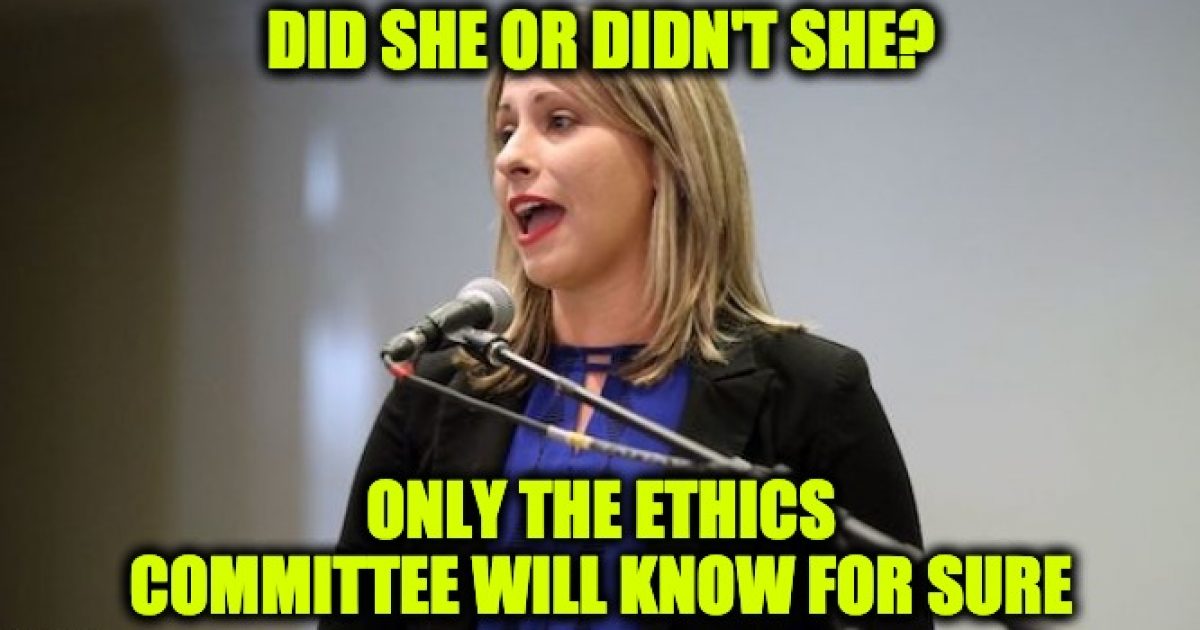 The House Ethics Committee has opened an investigation into Rep. Katie Hill (D-CA)regarding allegations that she may have had a sexual relationship with a member of her staff. As we reported on this site last Thursday, Ethics Committee Katie Hill

A day after we posted the story, Red State ran the story of her affair with Graham Kelly, her legislative director, and former campaign finance director. It included a picture of a naked Katie Hill brushing the hair of a female campaign worker.

In a letter to constituents obtained by Fox News, Hill acknowledged that in the final years of what she called an “abusive marriage,” she began a relationship with the unnamed campaign staffer.

“I know that even a consensual relationship with a subordinate is inappropriate, but I still allowed it to happen despite my better judgment,” Hill wrote. “For that I apologize. I wish nothing but the best for her and hope everyone respects her privacy in this difficult time.”

She continued, “I am going through a divorce from an abusive husband who seems determined to try to humiliate me. I am disgusted that my opponents would seek to exploit such a private matter for political gain. This coordinated effort to try to destroy me and the people close to me is despicable and will not succeed. I, like many women who have faced attacks like this before, am stronger than those who want me to be afraid.”

Hill repeated her denial that she had an affair with a congressional staffer but stated that she was “fully and proactively cooperating with the Ethics Committee.”

She blamed the entire mess on her soon to be ex-husband:

The freshman congresswoman also flatly denied having an affair with Kelly, adding that her estranged husband made the “vindictive claims.”

“Allegations that I have been involved in a relationship with Mr. Kelly are absolutely false,” Hill told Fox News. “I am saddened that the deeply personal matter of my divorce has been brought into public view and the vindictive claims of my ex have now involved the lives and reputations of unrelated parties.”

In announcing the investigation, the ethics committee pointed out:

The Committee notes that the mere fact that it is investigating these allegations, and publicly disclosing its review, does not itself indicate that any violation has occurred, or reflect any judgment on behalf of the Committee.  No other public comment will be made on this matter except in accordance with Committee rules.

We will soon find out the truth of what’s going on. The voters of the 25th congressional district of California deserve to know.

Below is the letter Rep. Hill sent to her constituents.