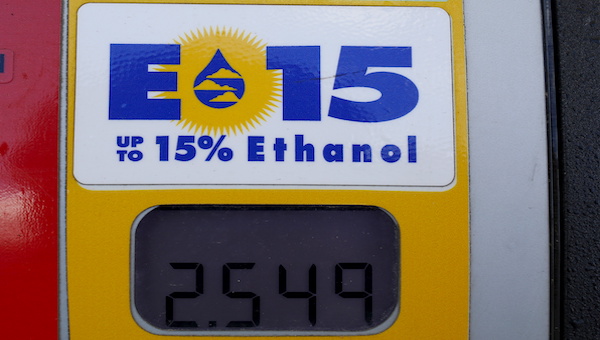 Anticipating Biden’s energy strategy on election day 2020, the average price of regular gas was $2.11/gallon. On Inauguration Day 2021, the day he started canceling Trump’s programs to lower gas prices the average cost of a gallon of regular gas was $2.38/gallon.  Thirteen months later after canceling Keystone, eliminating drilling opportunities—Valentine’s day 2022, which was ten days before the Russians invaded Ukraine, the price was $3.64/gallon, $53% higher than inauguration day. By the time Russia started the war days, the price had already increased by 73% since commodity traders began to freak out because they anticipated what Biden would and wouldn’t do.

Biden tried to reduce prices not by increasing production but by raiding the oil America keeps in case of an emergency, the Strategic Petroleum Reserves. Biden was one of the few people who thought it would work—and it didn’t.

Now dementia Joe is trying something new.. As a number of troubling economic indicators appear to becoming just over the horizon, Biden is taking new drastic steps in order to reduce the price at the pump.

Of course, if plan A didn’t work it’s hard to believe plan B will help:

President Biden on Tuesday is set to announce that the Environmental Protection Agency will allow E15 gasoline—gasoline that uses a 15% ethanol blend—to be sold in the United States this summer in an effort to expand Americans’ access to affordable fuel supply amid the surge in gas prices across the nation.

The EPA is set to issue a national, emergency waiver. Without the action, the White House said E15 cannot be used in most of the country from June 1 to September 15. The EPA is expected to take final action to issue the emergency waiver closer to June 1

E15 is currently offered at 2,300 gas stations in the country, where administration officials say it can serve as an “important and more affordable source of fuel.

The waiver is set to help increase fuel supplies, give consumers more choice to get lower prices, and offer savings to American families, the White House said.

The EPA may also consider a way in which they can authorize E-15 year-round, but no details have yet to be provided in that regard.

We can’t return to pre-Biden oil production immediately. But reducing regulations, allowing drilling on federal land, the oil-rich ANWR area in Alaska, and allowing the building of pipelines, would be a good start way to reducing gas prices.

Part of this post was first seen at Flag and Cross