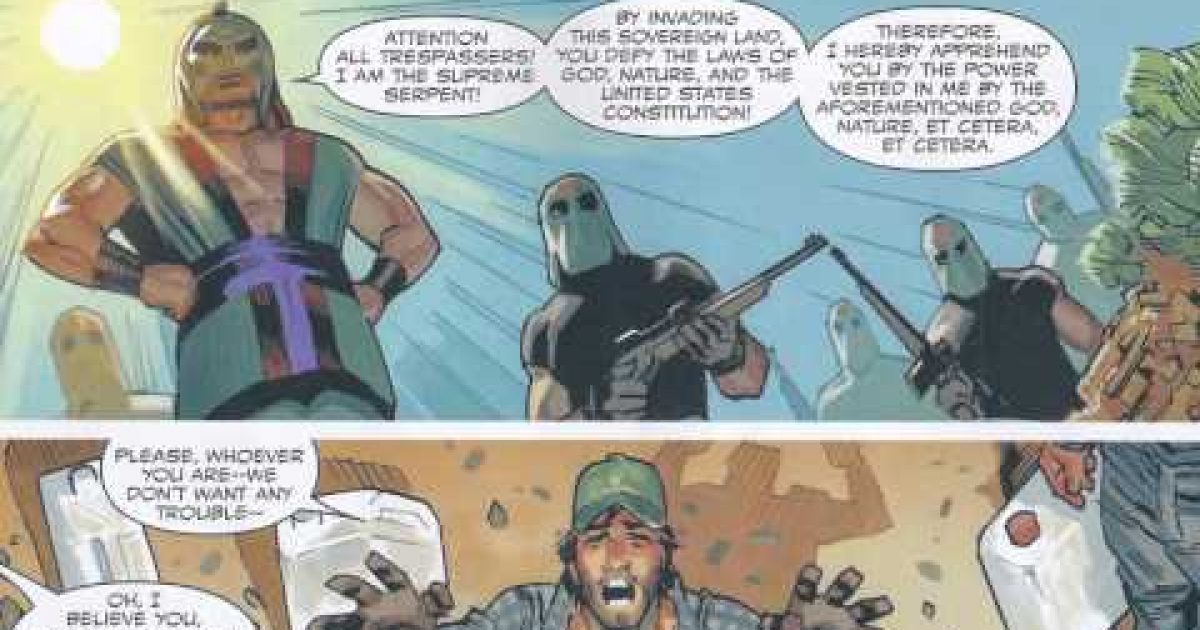 In the latest issue of Marvel’s revamped Captain America, the iconic superhero takes on a group of right-wing conservatives trying to stop illegal immigrants from crossing the border. Released last Wednesday the latest incarnation of the Captain has Sam Wilson taking over the Red, White, and Blue uniform of patriotic hero.

Wilson was formerly the Falcon, a hero who wore a pair of jet powered glider wings that allowed him to fly at speeds up to 250 miles per hour.

Captain America is supposed to be the iconic American hero. The original captain, Steve Rodgers  fought the Nazis in WWII and much more recently (in 2010) the Marvel storytellers had the  U.S. president appointing the Captain as “America’s top cop” and head of the nation’s security.

The new captain, Sam Wilson is also supposed to be an all-American law and order guy, or at least he was as the Falcon. But in“Captain America: Sam Wilson #1,” the superhero also known as Sam Wilson heads to the border to take on an “evil” militia group known as the Sons of the Serpent, who are patrolling the area between Mexico and Arizona. Not only is Marvel teaching that conservatives are evil, beyond that if they were going to remain true to the Captain character, they would have had Wilson help prevent illegals from entering the country. But then again Marvel comics editor-in-chief Axel Alonso did grow up in liberal San Francisco.

Below is a video summary of the anti-conservative story created by the Maciver Institute.

Rep. Tlaib on Israel Not Vaccinating Palestinians: ‘Important to Know Israel Is a Racist State’
January 20th, 2021 The Mental Recession