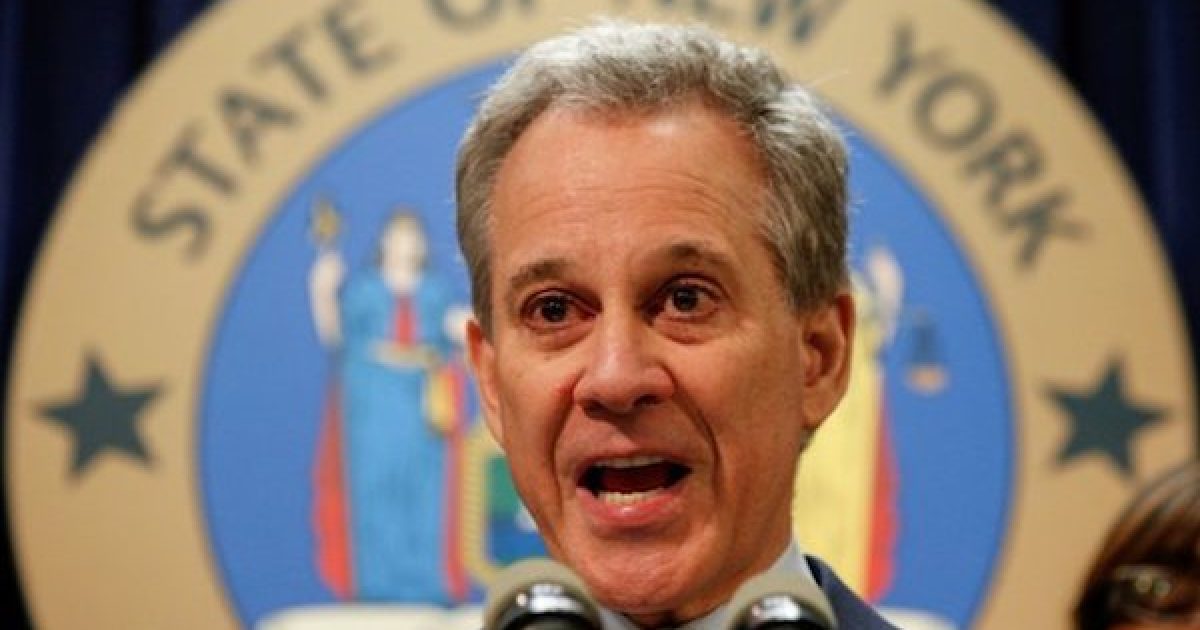 Attorney General Eric Schneiderman has resigned following a damning report in the New Yorker about four different women accusing him of sexual assault and violence:

“It’s been my great honor and privilege to serve as Attorney General for the people of the State of New York. In the last several hours, serious allegations, which I strongly contest, have been made against me. While these allegations are unrelated to my professional conduct or the operations of the office, they will effectively prevent me from leading the office’s work at this critical time. I therefore resign my office, effective at the close of business on May 8, 2018.”

One of the women Harvard-educated activist writer Tanya Selvaratnam said Schneiderman called his Sri Lankan girlfriend his “brown slave” and wanted her to refer to him as “Master.”

Selvaratnam told the New Yorker magazine that her yearlong affair with Schneiderman “was a fairytale that became a nightmare” — and quickly escalated into violence in the bedroom, even as he begged for threesomes.

“Sometimes, he’d tell me to call him Master, and he’d slap me until I did,” Selvaratnam said.

Another ex-girlfriend Michelle Manning Barish explained to the New Yorker

About a month into their relationship, after a boozy night, the pair fell into bed, still fully clothed, in his Upper West Side apartment — and he called her a “whore,’’ Barish said.

Then “all of a sudden, he just slapped me, open-handed and with great force, across the face, landing the blow directly onto my ear,” she said.

“It was horrendous. It just came out of nowhere. My ear was ringing. I lost my balance and fell backward onto the bed. I sprang up, but at this point, there was very little room between the bed and him.

“I got up to try to shove him back, or take a swing, and he pushed me back down. He then used his body weight to hold me down, and he began to choke me. The choking was very hard. It was really bad. I kicked. In every fiber, I felt I was being beaten by a man.

The soon-to-be former AG was not only a bully toward women. Schneiderman’s term as Attorney General has shown him to be a bully who abused his power whether it was going after Hank Greenberg a hero of both WWII and the Korean War because he donated to conservative causes, trying to ban free speech about climate change, or trashing President Trump for obeying a court order. Not everything Schneiderman did as attorney general was bullying, he did allow the Clinton Foundation to hide its foreign donors, and he mourned the death of Gawker was sort of kindred spirit (in destroying lives)

Sadly,  the comment I heard most as the news developed was, ‘it couldn’t have happened to a nicer guy.”