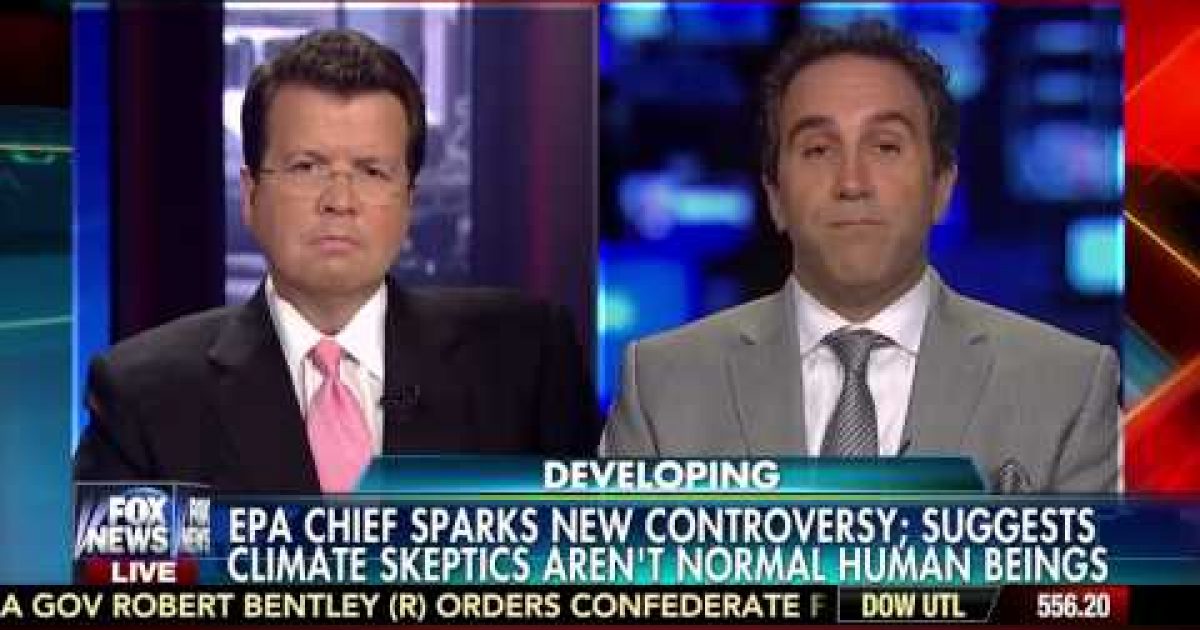 Yesterday the White House held the “White House Public Health and Climate Change Summit” to explain why man made climate change puts public health at risk and that more needs to be done to mitigate that threat. Of course first they have to prove their hypothesis that there is man made climate change. According to EPA chief Gina McCarthy anybody who disagrees or is skeptical of the climate change hypothesis is not a normal human being. Something at least in the case of this reporter, my wife agrees with whole-hardheartedly (but that’s for a different day).

According to The Daily Caller, McCarthy addressed a group of doctors, health professionals, and others about why the EPA feels climate change is a public health issue.

“I am doing that not to push back on climate deniers,” McCarthy said, reports The Daily Caller, alluding to the EPA’s practice of releasing reports to inform the public about climate change. “You can have fun doing that if you want, but I’ve batted my head against the wall too many times and if the science already hasn’t changed their mind it never will.

I vehemently object to the term deniers which usually is used to refer to people who say the Holocaust never happened (which has real proof, pictures, survivors, etc.) while the man-made climate change has not been proven except in the flawed computer models of those trying to force feed the world with their plan for worldwide income redistribution.

However if McCarthy is correct, as a climate change skeptic (the preferred term), I am simply not normal. As I indicated earlier based on my sense of humor and the fact that I spend six days a week writing about news and commentaries from a conservative perspective which is outside the mainstream, well at least about me, she is probably correct. But it has nothing to do with climate change.

You see based on the satellite data which the early climate change theorists insisted would be the more accurate data, the Earth hasn’t warmed in eighteen and a half years:

Think about that for a moment, the last time the Earth warmed, Bill Clinton was the POTUS, investors were raving at the incredibly high DJIA as it broke 6,000 (today it’s around 18,000), the Mets sucked (ok that hasn’t changed), Neil O’Donnell led the NY Jets to a 1-15 season and most of the students graduating high school this week were either being conceived or still in their mothers’ uterus.

Not only is the temperatures stable, the ice caps are not melting:

And many scientists believe we are approaching a mini-ice age. For example Vencore Inc. which has worked closely with a number of government agencies on weather-related projects, including NASA, NOAA, Naval Meteorological and Oceanographic Command, Naval Postgraduate School and the Intelligence Community, is now suggesting that the extreme lack of sunspot activity may be an indication of a major cooling period for the Earth.

So in the end I admit, there are things about me that aren’t normal, like my love for oreo cookie ice cream, or the fact that I am Jewish and never went to medical or law school.  But unlike Gina McCarthy the EPA administrator, I do not declare the end of discussion when the man made climate change hypothesis has so much scientific evidence weighing against it…I  would suggest that it is Ms. McCarthy who has issues with normalcy.

Climate Depot’s Marc Morano was on Neal Cavuto’s Fox News program on Wednesday and discussed Gina McCarthy’s “not normal” statement. You can watch the appearance on the video below: