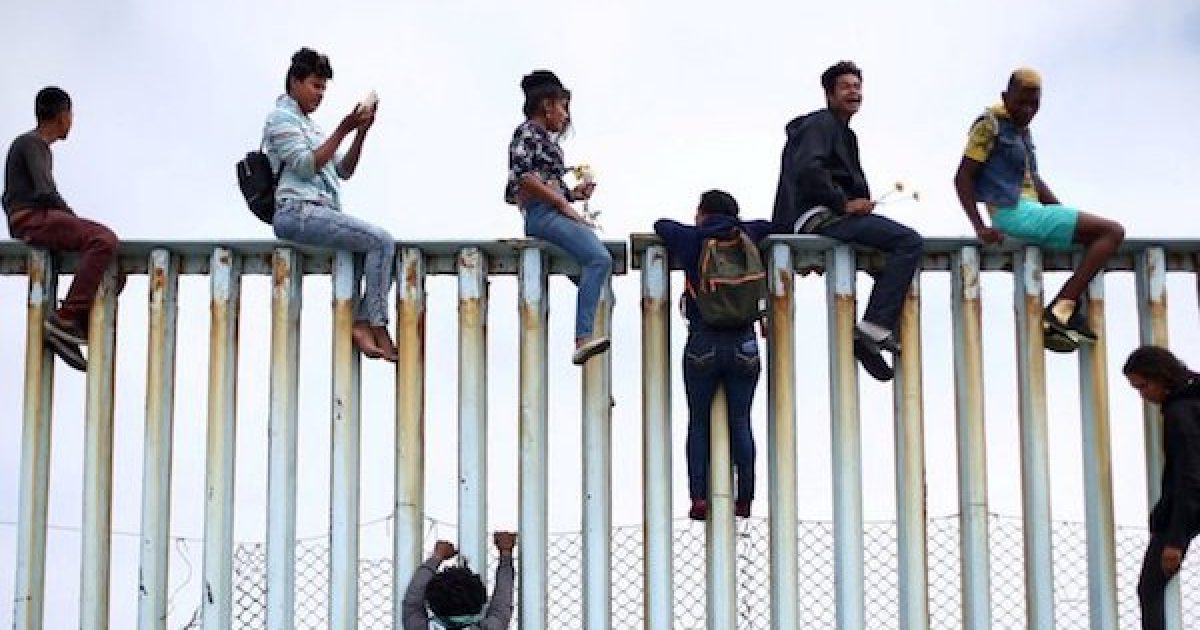 Illegal immigration across the southwest border reached record levels last month as the administration was forced to end its zero-tolerance policy. With the end of zero-tolerance, smugglers and er criminally trespassing aliens raced to take advantage of renewed “catch-and-release” loopholes.

Border officials acknowledged a “crisis” as the number of families reached record levels, topping even the worst days of the Obama administration.

With a month still to go in this fiscal year the Border Patrol has already caught more than 90,000 “family units” of parents and children traveling together, higher than the approximately 77,700 nabbed in 2016.

Border officials expressed frustration at their lack of power to stem the flow, saying that until Congress or the courts impose serious penalties such as detention and swift deportation, the families and children are going to keep coming.

In August number of families alone, arriving at the Mexico border reached 15,955, up from 12,274 in July, according to CBP. By comparison, from March through July, the Border Patrol apprehended well under 10,000 family units each month, per DHS. Families accounted for more than one-third of people who were stopped at the border. 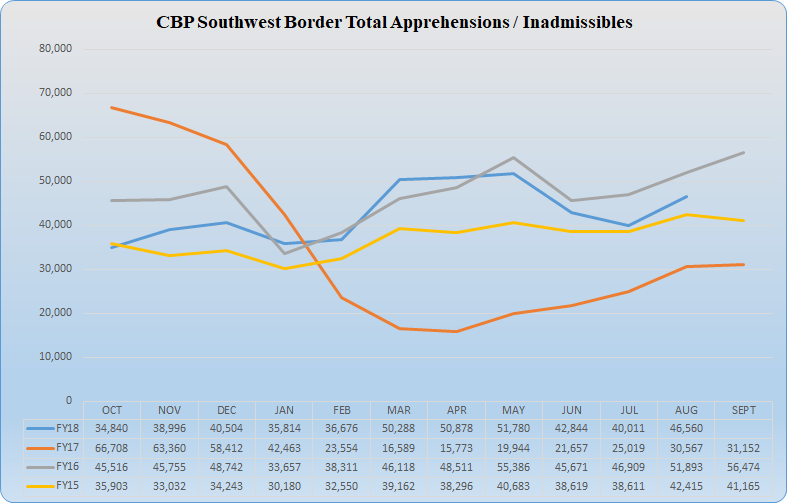 “August Southwest Border Migration numbers show a clear indicator that the migration flows are responding to gaps in our nation’s legal framework.  While the overall numbers are consistent with an expected seasonal increase, the number of family units along the Southwest border increased 38 percent – 3,500 more than July and the highest August on record.  Smugglers and traffickers understand our broken immigration laws better than most and know that if a family unit illegally enters the U.S. they are likely to be released into the interior.  Specifically, DHS is required to release families entering the country illegally within 20 days of apprehension.

“We know that the vast majority of family units who have been released, despite having no right to remain in any legal status, fail to ever depart or be removed.  Through the third quarter of FY 2018, only 1.4 percent of family units have been repatriated to their home country from noncontiguous countries such as El Salvador, Guatemala, and Honduras.

In mid-June, President Trump signed an executive order halting the family separations that began in the previous administration combined with the Flores Settlement Agreement which prevents children from being held for over 20 days, even with their parents, have combined to tell potential  er criminally trespassing aliens breaking into the U.S. will be easier than ever.

We need to build that wall we were promised,