Heh! What These Kids Did with Elizabeth Warren’s Lemonade Money is GREAT 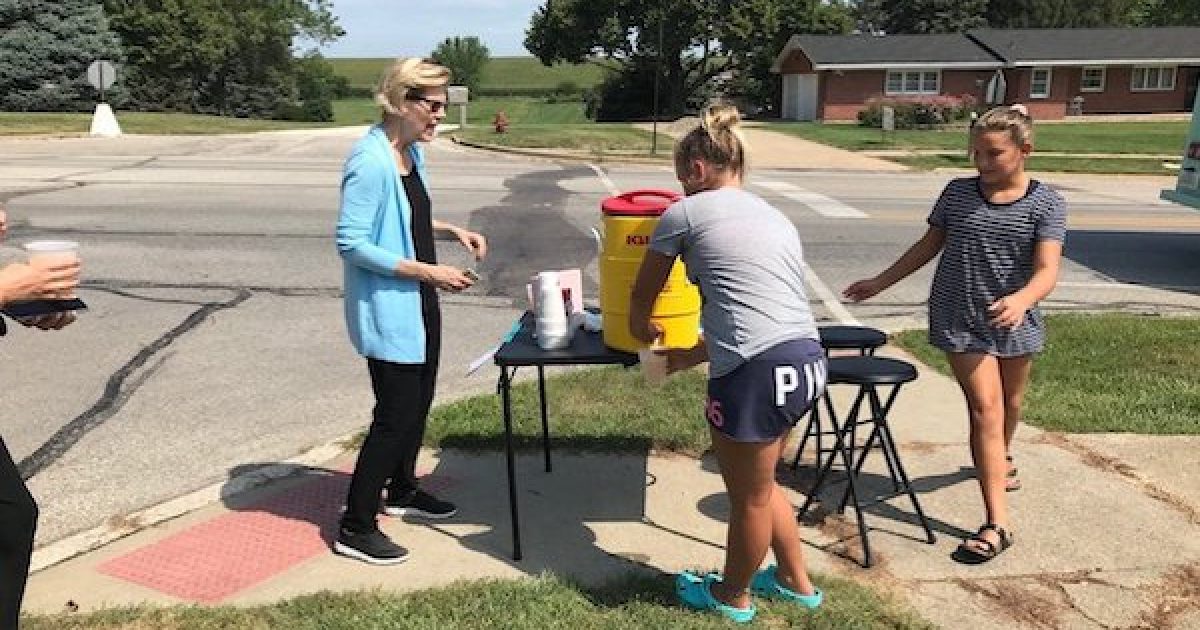 Last month as she traveled Iowa, Elizabeth Warren stopped at a kid’s lemonade stand and bought a cup of juice. But what the kid’s family did with Warren’s cash is a hilarious burn.

After buying the lemonade Warren handed the girls a ten-dollar bill and then tweeted about the encounter.

Stopped for a quick drink at a lemonade stand in Harlan, Iowa. When life gives you lemons, make big structural change! pic.twitter.com/rp1PMyzwKX

Just happened to come across ⁦@ewarren⁩ buying lemonade from some girls in Harlan. It was $7 — she gave them $10.

But now, the family has decided what to do with the Democrat’s money and she will not be happy with the choice.

The family has announced that it intends to donate Liz Warren’s ten bucks to a pro-life organization.

The family is giving the money to the March for Life Education and Defense Fund. And they are making the donation as a direct response to Warren’s support for abortion, according to the Washington Free Beacon.

“Our daughters thought [Warren] was nice,” Dan Michels, a Trump supporter and a father to one of the girls, said. “She came by and told us we should vote for her. And our daughters told us she was a nice person, but we don’t align with her politically and … because she’s pro-choice, we said we should donate her money to a pro-life [cause].”

The father said he had a talk with his daughters about the whole situation.

“My daughter told us she wanted us to vote for her,” Michels said. “We talked about the abortion part of things and said maybe we should donate money to stop abortion, and my daughter was all for that.”

The girls said they made about $80 from their lemonade stand. But now ten of that haul is going to the pro-life movement. And you can bet Warren is horrified.

As she traveled Iowa, Elizabeth Warren stopped at a kid’s lemonade stand and bought a cup of juice. But what the kid’s family did with her money was Great!