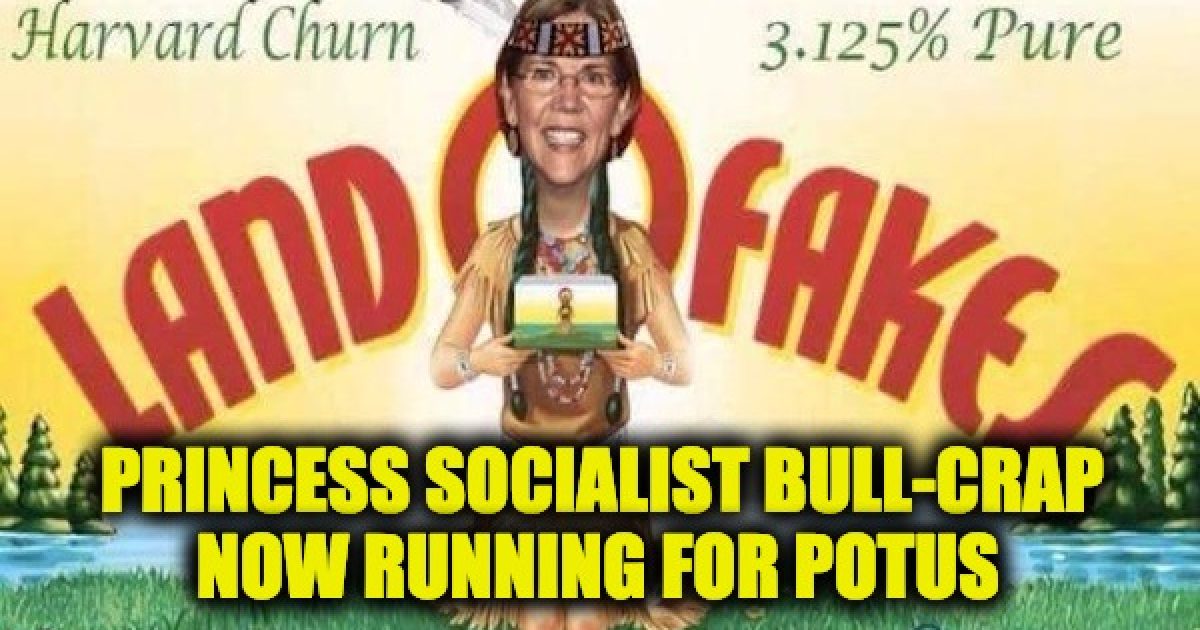 For those of you who missed a presidential campaign season, never fear..2020 is here. Sen. Elizabeth Pocahontas Warren has announced she has formed an exploratory committee for president, making her the first of the top-tier Democrats (and the first fake Native American) to take formal steps toward the 2020 nomination. She joins Maryland Rep. John Delaney, who announced his candidacy in 2017, and Julián Castro, the former U.S. Housing and Urban Development secretary, who formed an exploratory committee three weeks earlier.

The anti-Business radical gave a hint of what was coming on Saturday when she changed her campaign Twitter handle dropping the reference to Massachusetts, her home state

Instead of the anticipated smoke signals, Fauxahontas announced her exploratory committee with a four-minute video (embedded below) that says in part

“Today, I’m launching an exploratory committee for president because the outcome of this election will depend on you, For the last two years, millions of people have done more than they ever thought they would protect the promise of America. And here’s what we learned: If we organize together if we fight together if we persist together, we can win. We can and we will.”

By forming an exploratory committee, Warren can start raising money without launching a  formal campaign. The rumor is if she doesn’t get the nomination she will take the unused campaign funds and build a casino.

One group that won’t be happy with her announcement is one of the biggest newspapers in her state. At the beginning of Dec. 2018, A Boston Globe editorial opined that Warren’s time has passed and that she wouldn’t be the strongest candidate Democrats have to offer.

Several other Democrats as many as three dozen are expected launch campaigns or exploratory committees in January to begin raising money before the first significant fundraising deadline on March 31.

I thought we would have a bit more time before the 2020 campaign started, but to paraphrase President Reagan in a different context, “Well, Here we go again.”