A Dean Of America’s Intellectual Pro-Israel Defenders Has Died 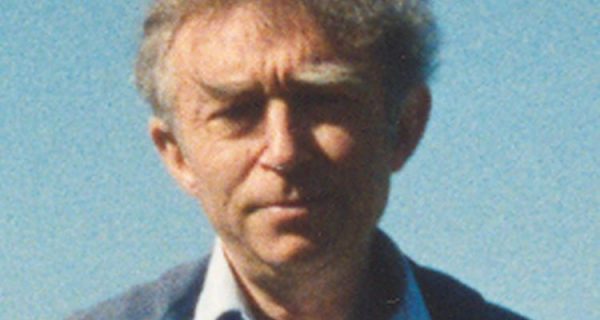 Edward Alexander, the Jewish scholar, and author who passed away last week at age 84, was called “Seattle’s Jeremiah” by his hometown newspaper. An Israeli publication once hailed him as “Jewry’s premier polemicist.” For more than half a century, Alexander fought for Israel and the Jewish people in the trenches of the battlefield of ideas.

Alexander grew up in the heavily-Jewish Brownsville section of Brooklyn. The “most vivid and satisfying memory” of his childhood occurred in May 1948, when he was eleven years old. It involved Brooklyn Dodgers star Jackie Robinson, whom he and his boyhood pals regarded as “the greatest man in the world,” and David Ben-Gurion, who was “a close second to Robinson in our esteem.”

“These two heroic figures came together for me almost magically when I heard Robinson address a block party to celebrate Israel’s independence,” Alexander recalled.

“I consider myself lucky,” he wrote, “never to have been disillusioned about what my parents taught me: that both men symbolized the belated righting of ancient historical wrongs, that Robinson was indeed a uniquely courageous figure and that the birth of Israel just a few years after the destruction of European Jewry was one of the greatest affirmations of life ever made by a martyred people…”

After earning his bachelor’s degree in English literature at Columbia, Alexander completed his master’s and Ph.D. at the University of Minnesota. That was where he met his future wife, Leah. She, too, was a scholar of English literature, and her senior thesis, on Henry James, was published as a book. Leah passed away in 2017.

The young couple settled in Seattle in 1960, where Alexander became a professor of English at the University of Washington and, later, the first chairman of the school’s Jewish Studies program.

Alexander’s academic career began in conventional fashion, teaching a full load of courses and authoring books that were well-regarded in his field. However, they did not attract the attention of the wider public.

He wrote volumes about such noted 18th-century literary figures as Matthew Arnold and John Stuart Mill as well as more recent giants, including Lionel Trilling and Irving Howe.

But the U.N.’s 1975 Zionism-is-racism resolution and the rise of the Soviet Jewry protest movement in the 1970s inspired the Alexanders to dive headfirst into the world of Jewish controversy.  In 1976, Edward and Leah traveled to the Soviet Union to assist refuseniks.  They were detained by the KGB for 24 hours, and then summarily expelled.

A photo of the Alexanders taken shortly after their expulsion from the USSR, looking weary but unbowed, appeared in the Jerusalem Post. It would not be the last the Jewish world would hear from Edward Alexander.

Jeremiah in the Pit

An introductory note appended to the first “From the Pit” column explained the significance of the name: “Jeremiah, who prophesied in the period immediately before the destruction of the First Temple…sought to impress upon the Jews that their neighbors wished to destroy them,” the editors explained. “His countrymen refused to act to stave off this danger. They chose, instead, to silence Jeremiah by flinging him into a pit.”

Alexander, Lipstadt, and Loewenberg took upon themselves the task of trying to awaken their readers regarding the threats facing Jews on campus, in the community, and beyond.

Their hard-hitting columns make for especially fascinating reading today because they show how little has changed. Topics included anti-Zionism on the University of Washington campus, hostility toward Israel from the political left, and attempts to enforce racial categories in Seattle’s public schools.

Some readers appreciated “Jeremiah” ‘s frankness. Others reacted more like the Jews in the days of the original Jeremiah and put pressure on the editors to cancel the column. Eventually, an installment that was going to strongly criticize the Vatican’s hostility toward Israel unnerved the editors so much that they discontinued “From the Pit.”

For a time, Alexander, Lipstadt, and Lowenberg continued working together as members of the Academic Advisory Committee of Americans For a Safe Israel / AFSI. Then they went their separate ways. Lipstadt launched a career in Holocaust studies, while Lowenberg created a think tank in Israel to promote free enterprise. At the time of his death, Alexander was serving on AFSI’s five-member Advisory Council.  And Alexander, however, continued to fight for Israel at the University of Washington, and beyond, with his most potent weapon: his pen.

By the time the Jewish Transcript stopped publishing Prof. Alexander, his writings were already attracting a following in the broader community, and he had a fast-growing list of editors who were delighted to run his witty and sharp-tongued essays in defense of Israel, whether or not they agreed with his point of view.

A visit to campus by the anti-Israel journalist Alexander Cockburn prompted Prof. Alexander to denounce him, in a Seattle Times op-ed, as a “basilisk, exhaling poison.” That essay not only “sent Times readers to their dictionaries” to find out what a ‘basilisk’ was, a local reporter noted, but also triggered a series of “vituperative” and threatening phone calls to the Alexanders’ home.

They reportedly bought an answering machine before Alexander’s next article was published.

Cockburn later called Alexander a “deranged Holocaust revisionist,” after Alexander wrote, in an American Jewish Congress publication, that while several groups were persecuted by the Nazis, the Jews were targeted uniquely because the Nazis were determined to murder every Jew on earth.

Alexander is unfazed by the enemies he has made while defending the Jewish state in periodicals around the world, starting with the Arab-American Anti-Discrimination Committee (ADC).

The ADC called Alexander “the intellectual hit man for the Israeli right-wing” after he wrote an essay in Commentary exposing the pro-terrorist positions taken by Edward Said, who was then a rising young star in the academic world.

ADC president Abdeen Jabara tried to orchestrate a counter-strike against Alexander by mobilizing academics to write ostensibly independent letters to the editor of Commentary. Jabara sent a form letter to numerous professors, alerting them about Alexander’s critique of Said and imploring them, “It is important that Commentary receive feedback in response to this unconscionable piece…The most effective response is to ensure that individuals with professional credentials such as yours respond directly to the magazine.”

Michael Lerner, the editor of the left-wing magazine Tikkun, accused Alexander of “verbal violence” because Alexander uncovered a series of extreme statements that Lerner made in the 1960s. Among other things, Lerner had written, “The Jewish community is racist, internally corrupt, and an apologist for the worst aspects of American capitalism and imperialism” and “The synagogue as currently established will have to be smashed.”

In response to Alexander’s article, Lerner said that he was sorry he had made those statements, but they were part of his “adolescent rebellion,” although he was 27 at the time. Lerner announced he would sue any newspaper that published Alexander’s article. The Jewish Voice and Opinion of New Jersey published it anyway. Lerner did not sue.

During the Q & A, the chairman of the event, invited Prof. Alexander, who was in the audience, to offer a brief comment. Alexander later described what ensued:

“Even before I reached the floor microphone, Lerner began bellowing into his microphone that he wouldn’t stand for this, that it violated the ‘rules of the discussion’…Every time I tried, Lerner would raise his voice to interrupt. When I said that ‘it’s clear Mr. Lerner hasn’t forgotten the tactics he learned in the Free Speech Movement at Berkeley,’ all hell broke loose…Bedlam continued for 15-20 minutes.” When the next questioner criticized Lerner, he “rose in a rage and stormed out of the hall.”

A star in the field of English literature studies, Alexander was repeatedly invited to serve as a visiting professor at Hebrew University. He and Leah lived in Jerusalem for several years, and their home became the center of a group of influential Zionist intellectuals. Alexander was particularly close to Shmuel Katz, the former member of the Irgun High Command and biographer of Revisionist Zionist leader Vladimir Ze’ ev Jabotinsky.

Although Alexander’s literary scholarship continued over the years, an increasingly large portion of his time was devoted to what he termed “the Jewish wars.”

His books included The Jewish Idea and Its Enemies (1988), With Friends Like These: The Jewish Critics of Israel (1993), The Jewish Wars: Reflections by One of the Belligerents (1996), and Jews Against Themselves (2015). Earlier this year, he stood for election as a candidate to be a delegate to the World Zionist Congress with Herut Zionists, the slate associated with the activist Zionist ideology of Jabotinsky.  It was the first time he was a Zionist Congress candidate.
[Moshe Phillips is the national director of Herut North America’s U.S. division; Herut is an international movement for Zionist pride and education and is dedicated to the ideals of pre-World War Two Zionist leader Ze’ ev Jabotinsky. Herut’s website is www.herutna.org]
Edward Alexander, Edward Alexander.Edward Alexander
https://lidblog.com
Facebook Twitter Flipboard