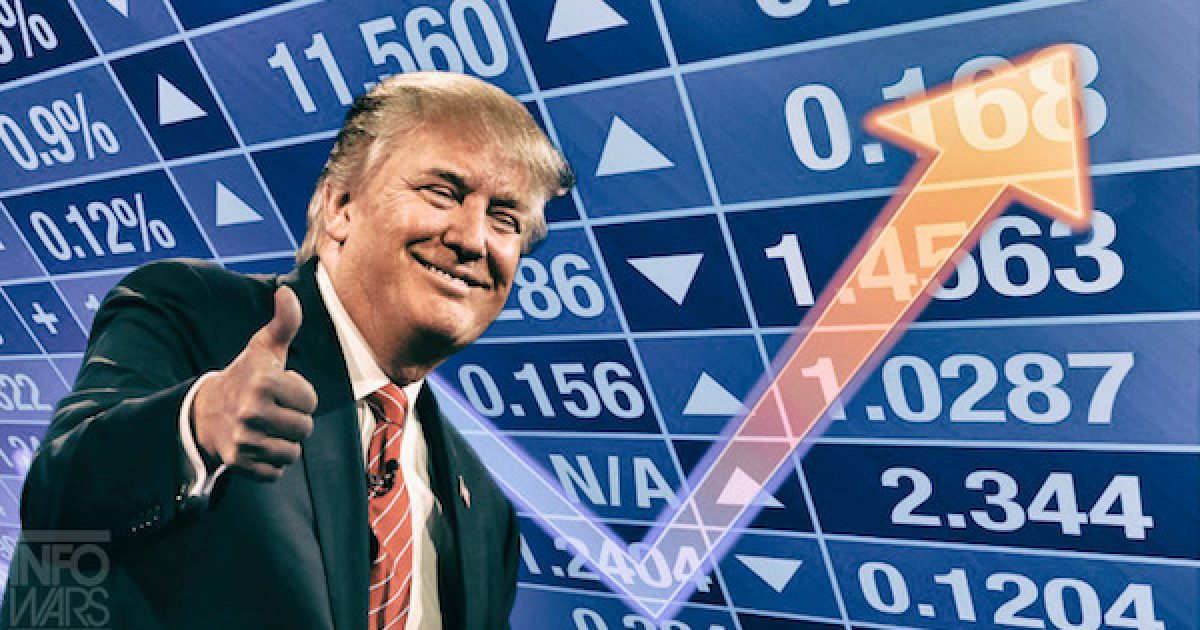 Yesterday, I reported that the Trump economic boom which has been humming along for over a year now was actually picking up steam thanks to the recent passage of the largest tax cut in American history.

We learned that the Dow Jones was breaking records, that the nation was hiring new jobs out at amazing speed, and that the unemployment rate was continuing to fall.

Today, economic news that is more specific is providing even more evidence of how Trump policies really do benefit everyone.

For years, minority groups have voted (particularly African-Americans) have voted more for Democrats than they have for Republicans. This truth is odd considering that minority groups are more prosperous under Republican leadership than they are under Democrats. For example, African-Americans had lower unemployment during the George W. Bush era than they did during the Obama era. (You can see the pertinent data here, and here.)

A few months ago economist Stephen Moore explained that President Trump had done more for the black community in his first 8 months in office than President Obama had done in 8 years.

It’s early for sure, but so far Trump has done more for black economic progress in six months than Obama did in eight years. The other issue that is critically important to black and Hispanic economic progress is good schools. No president has done more to advance school choice so that every child can attend a quality school public or private. In cities like Washington D.C. and Milwaukee, 90 percent of the children who benefit from these programs are black.

Trump wants to increase these vouchers and scholarships more black children. The idea is that good schools should be available to all children regardless of race or income. As the black parents I spoke to who participate in these scholarship programs have told me, “Why does Barack Obama get to send his kids to private schools, but not us?” Good question and one that no liberal has ever been able to answer…

So is Trump a racist who doesn’t care about the future of black Americans? He is creating jobs, higher incomes and trying to give a better education to every disadvantaged child in America. That is a pretty darn good civil rights record.

A week later, in the Chicago Tribune, Moore went into greater depth on how Trump’s policies were boosting the black community economically:

No one cared more about the plight of black Americans than Barack Obama — our first African-American president — who won well more than 90 percent of the black vote. But the sad paradox of Obama’s presidency is that a president who was going to lift up black America economically didn’t deliver. From 2009 to 2015, the incomes of black Americans fell by more than $900 per family adjusted for inflation.

What about other metrics of black economic progress under Trump? It’s early for sure, but we have some preliminary results since Election Day, when the stock market started its latest bull market run.

The black unemployment rate has fallen by a full percentage point in the last year, black labor force participation is up and the number of black Americans with a job has risen by 600,000 from last year. Preliminary data show black wages and incomes are up since the election.

The rate of job growth per month for blacks under Trump has so far been 40 percent higher than the monthly average under ‎Obama. Trump has averaged nearly 30,000 new black jobs per month. That’s especially remarkable because Obama was elected when employment was way down…Trump also wants more infrastructure spending, more energy jobs and more apprenticeship programs so our youth have access to better jobs and better training. Disproportionately, blacks and other minorities will benefit from these programs, because fewer have the financial capability to go to a four-year college.

On Friday morning we got confirmation about the numbers Moore was touting back in August 2017.

The Bureau of Labor Statistics released a report showing that black unemployment had just fallen to historic lows, and the Department of Agriculture announced that since Trump’s inauguration more than 2 million Americans had been able to move off of our food stamp rolls.

The black unemployment rate of 6.8 percent in December was the lowest since the Bureau of Labor Statistics started tracking it in 1972, a year in which the rate ranged from 11.2 percent to 9.4 percent. In the 45 years the data has been tracked, the unemployment rate for black or African-American workers aged 16 years and older has never fallen below 7 percent.

On raising the poor out of poverty and off of food stamps:

Even Warren Buffet is sounding more optimistic about our future. He recently wrote an op-ed in TIME magazine’s online edition where he explained that the next generation of Americans WILL be better off than the last.

I have good news. First, most American children are going to live far better than their parents did. Second, large gains in the living standards of Americans will continue for many generations to come…

In 1776, America set off to unleash human potential by combining market economics, the rule of law and equality of opportunity. This foundation was an act of genius that in only 241 years converted our original villages and prairies into $96 trillion of wealth.

The market system, however, has also left many people hopelessly behind, particularly as it has become ever more specialized. These devastating side effects can be ameliorated: a rich family takes care of all its children, not just those with talents valued by the marketplace.

In the years of growth that certainly lie ahead, I have no doubt that America can both deliver riches to many and a decent life to all. We must not settle for less.

As an aside, Buffet is brilliant and has been making money for many people, for many years. I tend to agree with him about our economic outlook, particularly if we can continue to eschew socialist policies for conservative economic principles. However, I take umbrage at his assertion that the market system has “left many people hopelessly behind.” America’s poor are still among the wealthiest people in the world. Even in the most poverty-stricken parts of America, the poor have air conditioning, indoor plumbing, telephones, television, and even internet access. I’m not saying that life isn’t hard for poor Americans, but without the market system, our poor would be as poor as the poverty-stricken in Asia and Africa who not only don’t have any of the luxuries mentioned above – they also live in dirt floor homes on pennies a day.

Yes, the market system benefits some more than others… but it also benefits ALL.

Anyway, back to the original point…

The Trump economy is booming and every new indicator that gets reported is proving that conservative economic policies OBVIOUSLY work better than the leftist ones that were employed throughout the Obama era.

Rasmussen’s latest poll numbers show that more Americans are confident in the economy, and that has led to the President receiving the highest approval rating he’s seen in months at 44%.

The big question most conservatives are wondering now is – will our economic resurgence be enough to convince voters that keeping the GOP in power is in their best interests? The GOP faces an uphill battle heading into the 2018 midterms, but if we can keep building on our economic successes, one has to think that the voters will take note and vote accordingly. After all, isn’t it still “the economy, stupid”?