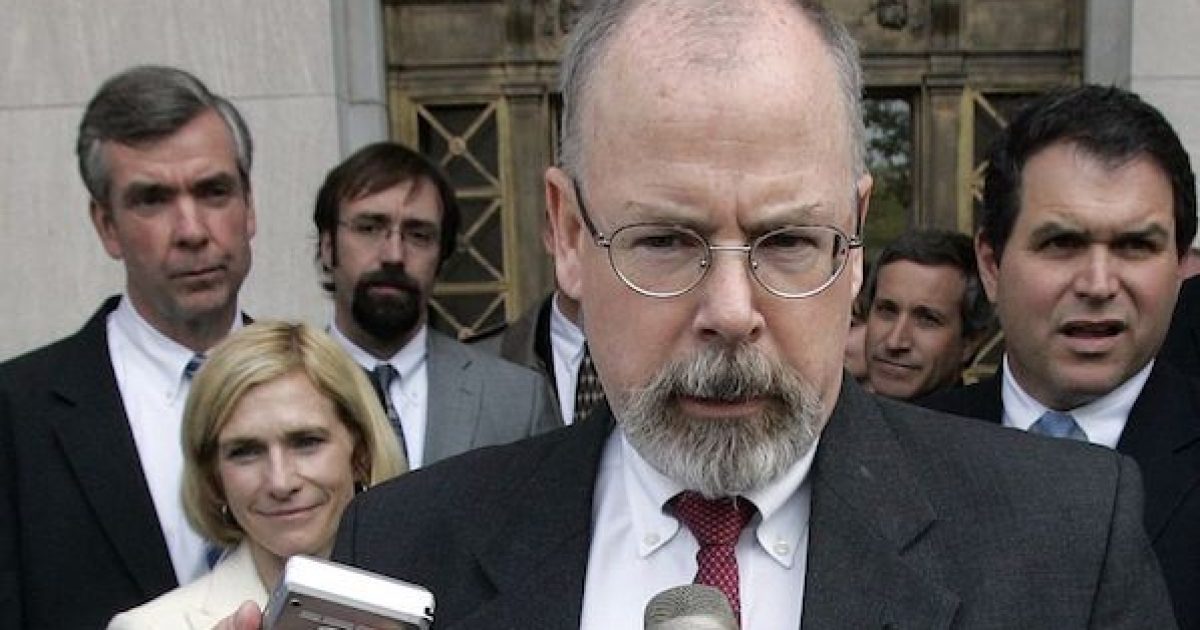 As expected the 476-page Inspector General Horowitz report (embedded below) found many mistakes by the FBI and DOJ in the investigation of the Trump campaign but said its beginning was justified, and there was no political bias in its origins, As rumored, Attorney General Barr disagreed with the Horowitz conclusions. The shocking development is that U.S. Attorney John Durham released a statement disagreeing with Horowitz’s conclusions. Durham disagrees Horowitz conclusions

U.S. Attorney Durham is conducting a wide-ranging investigation of the origins of the Trump-Russia probe is a full-fledged criminal investigation. Unlike the Horowitz report, Durham’s inquiry is broader beyond the DOJ and FBI, he can subpoena people who don’t presently work for the government and can impanel a grand jury. Durham not only disagreed with the Horowitz conclusion but told Horowitz about his disagreement last month:

“I have the utmost respect for the mission of the Office of Inspector General and the comprehensive work that went into the report prepared by Mr. Horowitz and his staff.  However, our investigation is not limited to developing information from within component parts of the Justice Department.  Our investigation has included developing information from other persons and entities, both in the U.S. and outside of the U.S.  Based on the evidence collected to date, and while our investigation is ongoing, last month we advised the Inspector General that we do not agree with some of the report’s conclusions as to predication and how the FBI case was opened.”

Barr’s also released a statement that he disagreed with the Horowitz conclusion:

“Nothing is more important than the credibility and integrity of the FBI and the Department of Justice.  That is why we must hold our investigators and prosecutors to the highest ethical and professional standards.  The Inspector General’s investigation has provided critical transparency and accountability, and his work is a credit to the Department of Justice.  I would like to thank the Inspector General and his team.

The Inspector General’s report now makes clear that the FBI launched an intrusive investigation of a U.S. presidential campaign on the thinnest of suspicions that, in my view, were insufficient to justify the steps taken.  It is also clear that, from its inception, the evidence produced by the investigation was consistently exculpatory.  Nevertheless, the investigation and surveillance was pushed forward for the duration of the campaign and deep into President Trump’s administration.  In the rush to obtain and maintain FISA surveillance of Trump campaign associates, FBI officials misled the FISA court, omitted critical exculpatory facts from their filings, and suppressed or ignored information negating the reliability of their principal source.  The Inspector General found the explanations given for these actions unsatisfactory.  While most of the misconduct identified by the Inspector General was committed in 2016 and 2017 by a small group of now-former FBI officials, the malfeasance and misfeasance detailed in the Inspector General’s report reflects a clear abuse of the FISA process.

FISA is an essential tool for the protection of the safety of the American people.  The Department of Justice and the FBI are committed to taking whatever steps are necessary to rectify the abuses that occurred and to ensure the integrity of the FISA process going forward.

No one is more dismayed about the handling of these FISA applications than Director Wray.  I have full confidence in Director Wray and his team at the FBI, as well as the thousands of dedicated line agents who work tirelessly to protect our country.  I thank the Director for the comprehensive set of proposed reforms he is announcing today, and I look forward to working with him to implement these and any other appropriate measures.

With respect to DOJ personnel discussed in the report, the Department will follow all appropriate processes and procedures, including as to any potential disciplinary action,”

Embedded below is the full Horowitz report, after reading we will add our comments. Let us know yours: