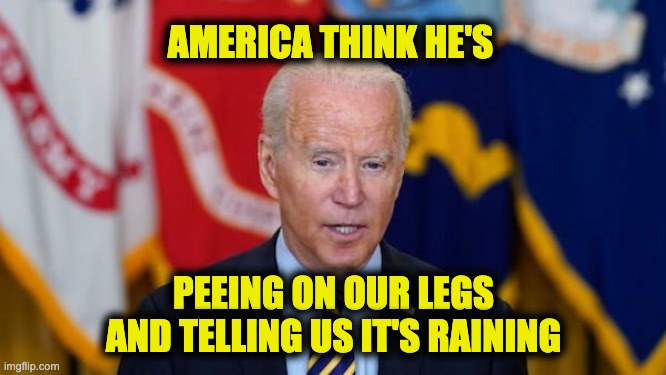 Only 34 percent do, and the partisan breakdown is predictable, with Democrats (60%) trusting the Biden administration while 79 percent of Republicans and 63 percent of Independents not trusting the president at all on this issue.

If that poll were taken Thursday, as 12 American soldiers and Marines lay dead, the numbers would likely be far worse.

According to the Jerusalem Post, at least 60 Afghan civilians were also killed in the blast. ISIS, the terror group, decimated by the Trump administration but now evidently flexing its muscle in the wake of the Taliban takeover of Afghanistan, is taking credit for the mass killing.

According to the new Rasmussen poll, “Most Republicans (82%) believe the current situation in Afghanistan is worse than Biden administration officials are saying, as do 34% of Democrats and 66% of unaffiliated voters.”

And the survey also revealed, “Seventy percent (70%) of Republicans, 32% of Democrats, and 59% of unaffiliated voters don’t trust what the news media are reporting about the current situation in Afghanistan. Republicans (76%) are more likely than Democrats (38%) or unaffiliated voters (58%) to believe the situation in Afghanistan is worse than the media portrays it.”

That is not good news for the Biden-Harris administration, and conservative talk radio and evening commentators at Fox News will likely have a field day with this latest disaster.

Now Fox News is reporting that U.S. military officials have coordinated with the Taliban to prevent such attacks.

Writing at National Review online, David Harsanyi contends Joe Biden may have been trying to score a political win by leaving Afghanistan before the 9/11 anniversary. Still, instead, he has created a catastrophe. And he owns it.

Fox News also reports that former United Nations Ambassador Nikki Haley has called for Biden to resign, and she’s not alone. Fox said, “a long list of GOP politicians want Biden to quit or be impeached, but Haley cautioned that the consequence would be “leaving Vice President Kamala Harris in charge.”

Harris would suddenly find herself in a position where a sneer and cackling laughter wouldn’t deflect attention away from her perceived inability to cope with a crisis that can’t be blamed on the previous administration.

“To say that today’s loss of American lives in Kabul is sickening does not begin to do justice to what has happened,” Hawley said, according to Fox News. “It is enraging. And Joe Biden is responsible. It is now clear beyond all doubt that he has neither the capacity nor the will to lead. He must resign.”