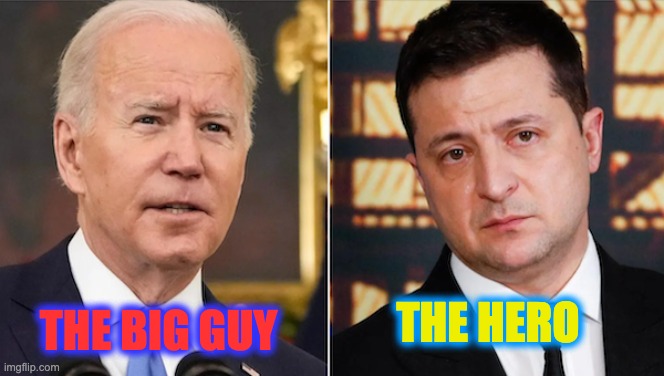 Fifty-four percent of likely voters do not believe Joe Biden’s response to the Ukraine crisis has been effective, according to a new Rasmussen survey released Thursday, showing only 40 percent think the president has acted effectively.

The survey also revealed that only 26 percent of voters “believe economic sanctions will be enough to stop Russia’s invasion of Ukraine, while 48% think the United States and its allies will have to intervene with military force to stop the invasion.”

A separate survey released earlier in the week revealed a whopping 80 percent of U.S. voters “believe it is likely that the Russian invasion of Ukraine could lead to a wider European war, including 34% who think it is Very Likely the war could spread.

Only 13% say a wider European war is unlikely,” Rasmussen said.

In the aftermath of Biden’s State of the Union address, for which he received a mixed reaction—liberal media liked it, conservative media blasted it—Russian aggression in Ukraine has continued, with a rising casualty count and reports of war crimes allegations involving schools.

Perhaps that SOTU address had something to do with voters’ mistrust of Biden’s handling of the Ukraine crisis. The president mentioned he’d been to Ukraine but didn’t remind people the reason for his trip, protecting his son Hunter and Burisma, the company he worked for from a prosecutor who was building a case.

Fox News is reporting how “some experts warn Russia might escalate the conflict further either in Ukraine or against the western nations supporting it, with the goal of forcing those nations to capitulate to its demands.”

In the middle of the drama, Georgia gubernatorial candidate Stacey Abrams was “mocked online after comparing herself and progressive Democrats to Ukrainian President Volodymyr Zelenskyy and his people fighting off a Russian invasion.” The effort to inject herself and her campaign into the discussion about Ukraine is being derided, according to Fox News. Does she realize it’s not the same Georgia where she ran for governor? And Stacy why compare yourself to Zelensky, hasn’t the poor guy suffered enough?

Back in the real world, Rasmussen’s survey also had an alarming revelation.

“Seventy-seven percent (77%) think that if Russia’s invasion of Ukraine succeeds, it’s likely China will be encouraged to invade Taiwan,” Rasmussen reported, “including 49% who say such an impact is Very Likely. Only 10% don’t think a successful Russian invasion would likely encourage China to invade Taiwan, while another 13% are not sure.”

Whichever scenario people believe, a lot of critics still believe Biden’s handling of earlier problems, including the Afghanistan evacuation, sent a signal to Putin his aggression would not be all that difficult. But as Biden noted during his SOTU speech, the Russians didn’t count on the vigorous resistance from Ukraine.

When the government hands out guns to its citizens, that’s a signal to an enemy they’re walking into a fight where there are no rules except to win.

Biden’s popularity got a bit of a bump in the latest Rasmussen Daily Presidential Tracking Poll. According to the poll, “44% of Likely U.S. Voters approve of President Biden’s job performance. Fifty-four percent (54%) disapprove. The latest figures include 25% who Strongly Approve of the job Biden is doing and 45% who Strongly Disapprove. This gives him a Presidential Approval Index rating of -20.” His numbers have dipped as low as -30. The man must discover a way to save his presidency and protect the United States.