Donald Trump Talks About His Faith And His Mother 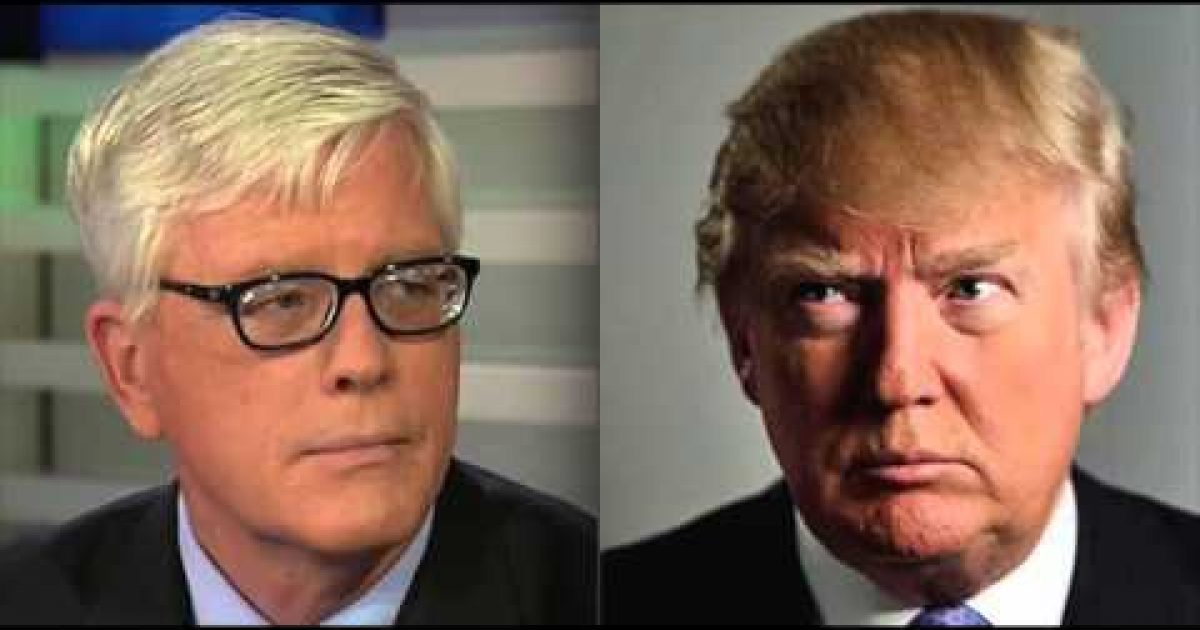 The Bombastic Billionaire of Birtherism, Donald Trump was a guest on Wednesday night’s Hugh Hewitt show, but it was a different kind of interview.  Sure Hugh started with the usual stuff, will he promise not to run via a third party, his conflict with Jorge Ramos, China etc.  But the middle section of the interview focused on something I had never heard “The Donald” talk about before, his religious mother (even Donald Trump has a mother),  his faith, and how his faith influences his life and how would it influence his presidency. Kudos to Hugh Hewitt for taking him in a different direction than the average interviewer.

Hewitt: Oh, you know what the most interesting part of that presser was, Donald Trump, when you brought up Normal Vincent Peale.

Trump: Yeah. Well, I was, and I just, I just Norman Vincent Peale. You know, he would talk, and we go to church, and you go to church, and as good as we are, sometimes, you know, you could, you can leave church and you’re not so upset. I used to be, I used to love his sermons. I used to love his, he would speak, and he’d bring things from the Bible, Hugh, he would bring them into modern day territory. I remember he was talking about Alfred Sloan, who had tremendous difficulties as a young man. He founded General Motors. And he would talk about Alfred Sloan, who was a friend of his, a great friend of his. He had great friendships with very substantial people. And he’s talk about him, and Alfred Sloan had an alcohol problem, and he had lots of difficulties. And he got rid of these difficulties, and he’d bring it into sort of a modern day feeling, meaning, you know, bring it updated. And he would give, he was one of the best speakers I’ve ever seen. And you would literally leave church, and you would say I could listen to another three sermons. I was there when he made his last sermon, and it was very sad, because he became, you know, he was very old, and he was almost unable to finish the sermon. He was clutching, you know, the podium. And he was reading, and he was clutching, and he said, I can’t go on any further. I was there in that room. You know, the amazing thing about Norman Vincent Peale, when some churches were empty, his church always had overfill areas. Maybe that’s why I’m always glad that I always have overfill areas, right?

Hewitt: Did he leave you…

Trump: But he would always have, they had rooms throughout the church, Marble Collegiate Church, where they’d have like cameras, they’d have closed circuit televisions. And if you didn’t get there early, you wouldn’t be able to sit in a fairly large church. You’d have to sit on one of the rooms, one of the conference rooms where they had the closed circuit. But he was a fantastic speaker, a wonderful speaker.

Hewitt: And given that, that you had this great preacher all those years, and your mom was a Scots émigré, I learned. Did you get your reformed roots from her?

Hewitt: It was reformed, yeah.

Trump: But I was actually Presbyterian, and then I came into Manhattan, and I joined Marble Collegiate.

Trump: Well, she was from Scotland, and she came over at 19, met my father. They were married for, I guess, about 65 years. They had a great marriage. She was a terrific woman. She was a very beautiful woman, they tell me, as a young man. They said she was like a real beauty, of great beauty, and my father was a builder in Brooklyn, in Queens, And he was build houses, and they met, and she never went back to Scotland. Now she would go back to Scotland every year. She loved Scotland. But she never officially went back, because she married my father, and they had five children.

Hewitt: But she was the religious one.

Trump: And it was a terrific marriage, actually.

Hewitt: What I’m trying to get at, if she’s the religious one, do you think today the Gospels have any role in shaping public policy? You said you’re doing very well with the Evangelicals.

Trump: Well, the Evangelicals, they’re sort of interesting. I mean, I am a religious person, I would say not formally like some might be, you know, like some would talk about it. But I am, you know, somebody that believes, and I am, it’s very interesting, because I noticed that the polls came out. The one in New Hampshire, Public Policy Polling, where it said 35%, and it sort of said it leads across with Tea Party, with Evangelicals, with moderates, with just about everything. They even said with Democrats, I mean, just lead straight across the board. And I think a lot of people were surprised. They thought it would be very conservative, and which I lead big in the very conservative. But I lead straight across. And one of the things that made me very happy was that I actually lead, and you’ve seen this even in Iowa where I lead with Evangelicals. And I was so happy to see that, because they think that’s the real me, but I don’t think people see that as me.

Hewitt: Do you think they expect you to, but do you think the Gospels have some way of informing your public policy choices? Or is that just a different category?

Trump: I don’t know. I think that maybe so, you know, down deep, maybe they do. I think what’s happening in the country where it just seems that you know, the word Christmas is being taken out. I see these stores like Macy’s and so many others. They’re afraid to use the word Christmas now. Maybe they can’t use it, legally. What’s going on is outrageous, and I would try and, not only try, I will do things about it. You’re going to have to go through court systems. That’s the problem. I mean, you have to go through actually courts now to use names that you should be able to use automatically. But you know, the whole thing is changing, Hugh, so much toward religion and what you can say and what you can’t say, and what you can put up in a beautiful public area, where for years you’d have the manger, and you’d have, you know, Mary and Jesus, and now you’re not allowed to do it.

Hewitt: I’m on the campus of a Colorado Christian college today. In Denver, where we’re close to, their city councils have said Chick-Fil-A, maybe they can’t build at the Denver International Airport because their founders are Evangelical and have traditional marriage views. It’s blatantly unconstitutional.

Hewitt: Have you heard that story, yet?

Trump: I haven’t heard it, but it doesn’t surprise me. It’s horrible. What’s going on is horrible. I mean, you can’t do, you can’t do anything having to do with really deep-seated, incredible beliefs that really, to a large extent, made our country great. You know, these, the beliefs in the Bible had a lot to do with our country. And I mean, a week doesn’t go by where there’s not some negative ruling on something having to do with Christianity. It’s getting, I think it’s outrageous, and I’ll tell you what.