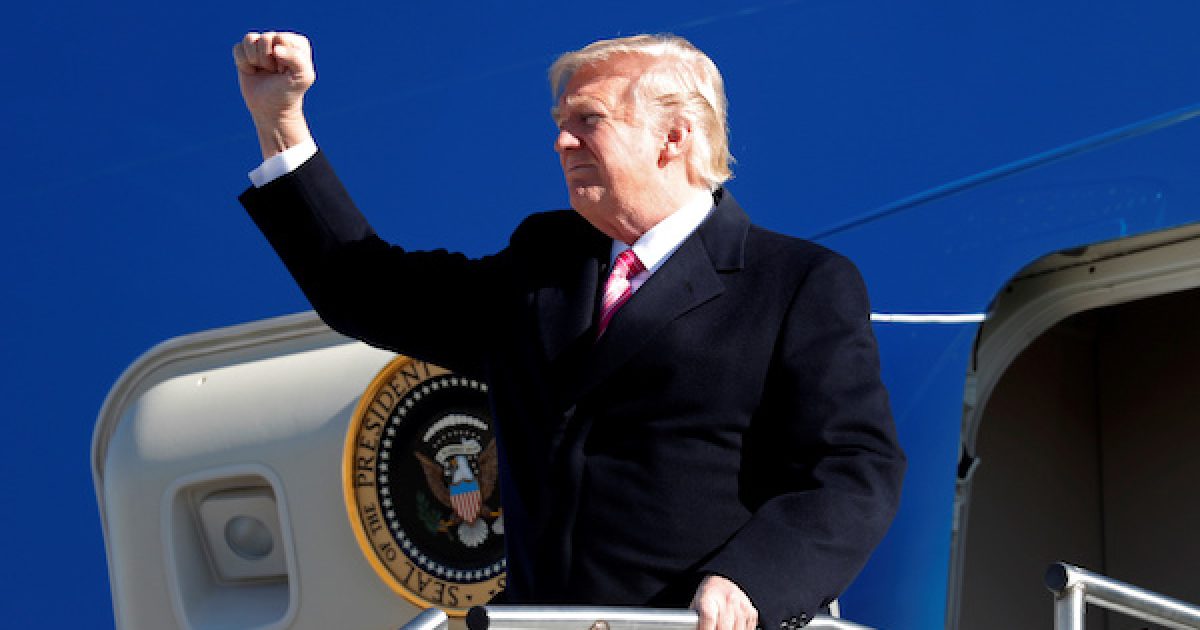 One of the most important successes of  President Donald Trump so far in his presidency is his amazing achievement in the federal courts.

Thus far, Donald Trump has put more conservative judges on the bench than any president in history, and this is his most important achievement of all because it will wipe out a lot of liberal influence on the bench for generations to come. For a man who didn’t really have any hard and fast ideological opinions before stepping into the Oval Office, his effort putting conservative-minded judges to work in our courts is simply astounding.

Trumps started his work on the courts by emplacing Neil Gorsuch on the highest court in the land. And, according to a dour CNN, Gorsuch is delivering as Trump’s promised conservative on the U.S. Supreme Court.

From his first day on the bench when he dominated oral arguments, to Monday, when he wrote a dissent in a case related to gay marriage, joined his conservative colleagues in a fiery response to the travel ban case and possibly provided the necessary fourth vote for the court to hear a major religious liberty case, Gorsuch has broken the mold.

Also remember, Trump will likely have at least one SCOTUS appointment to come — if not more. The battle(s) may be tough, but he will likely put yet another conservative-leaning judge onto the highest court in the land at some point.

While it was good and important that Donald Trump replaced Antonin Scalia with another conservative so as not to throw the court to the left, it is his achievement at the lower court level that stands out as just as important, if not more so.

To date, Trump has appointed and gotten confirmed more federal appeals judges than any president in history. By December, Trump got 12 Appeals Court judges appointed which beats the previous presidential record of 11.

Axios told us why this is important:

Trump has also succeeded in emplacing 6 U.S. District Court judges, and three judges for the United States Court of Appeals for Veteran’s Claims. And he has a long list of other judges he has fingered to take seats on a range of federal courts, so, as we roll into 2018, Trump will put many more young conservative judges on the bench.

As Axios said, the influence of these judges will last many decades longer than Trump’s term(s) in office. And that is his most important legacy thus far.

Then there is his record 15 circuit court judges put on the bench.

Sadly, the left mounted strong attacks on all 15 of these judges and Trump’s nominees saw more downvotes than other presidential nominees. However, he still got them approved, so, if I can steal a phrase, a win is as good as a mile when it comes to judges gaining lifetime appointments!

To date Trump has succeeded in confirming the following circuit judges (in order of confirmation):

Thus far, Trump’s judicial wins have been massively important and will lead to a conservative revolution in the federal courts for many decades to come. And he isn’t done yet. He has at the very least three more years of appointments to go.

So, why is this so important? Because liberals have developed a policy of using the law as a weapon to push their far left, un-American agenda and with liberal judges on the bench, that policy has been far more successful in imposing liberalism on this country than any 10 politicians who are supposed to be making the law. The more conservative — or even moderate — judges Trump can stack the courts with, the better to blunt the left’s highly successful campaign to tear down this country and rebuild it in Marx and Engels’ image.

Amusingly, the left has spun its wheels for over a year now in one desperate bid after another to torpedo Trump’s judges, but so far they have had only piddling success in stopping his transformation of the federal courts. This is a great success for the right, for sure.

But folks, make no mistake. If you allow more Democrats to win office in 2018, Trump’s judicial success will slow to a crawl and there are many more assignments to the bench needed to further cement the great change that we need to secure.

So, come on you Trump voters, don’t let the media get you down. You have already been proven right to have voted for Donald J. Trump. Hold your head high and prepare for even more consequential years to come.