Donald Trump Is Acting As If He Was TRYING To Lose 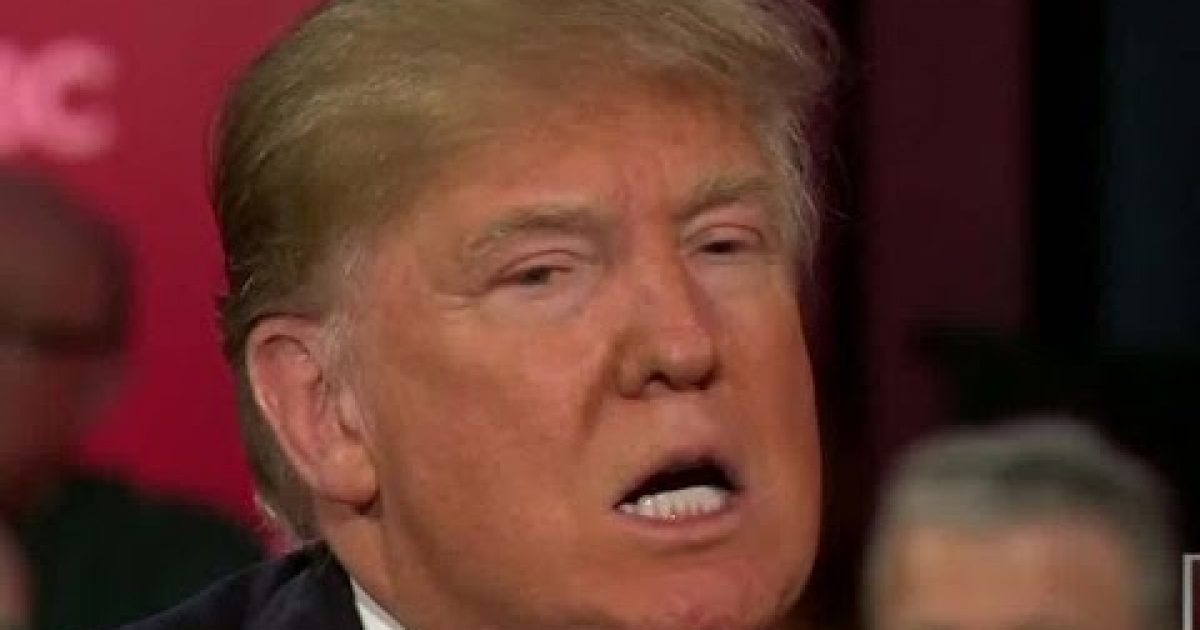 Perhaps Donald Trump should change his campaign slogan from “Make America Great Again,” to “Holy Crap! Did He Really Say That?”  With his comment about “punishing” women who have had an abortion should it become illegal, Trump has met one of his campaign promises, he has brought people together, both pro-life and pro-abortion forces found his statement abhorrent.

The exchange with Matthews exposed two Trump weaknesses. First that he is not experienced enough to handle the Matthews type of aggressive quick-fire questioning. Second and perhaps more troubling is that Trump doesn’t have the depth of knowledge to speak/understand complex issues.  This isn’t to mean that the billionaire isn’t intelligent enough to understand the issues in depth, but because his position recently changed (like abortion), or the issue is new to him (such as foreign policy) he hasn’t spent enough time considering issues to have an in depth understanding of a particular issue. I don’t know a pro-life candidate or activist who believes women who have aborted a child should be thrown in jail even if abortion is illegal.

One question most voters ask themselves before pulling the lever is, “who do you feel most comfortable having their finger on the nuclear button?”  On this issue also Trump seemed a bit too cavalier this week. For example, it has always been the U.S. position to prevent other countries, even the friendly ones from developing nuclear weapons. That is one of the reasons we guarantee to protect some non-nuclear countries, as a trade-off. In a town hall on CNN Tuesday, Trump suggested that we allow countries such as Japan, South Korea, and/or Saudi Arabia to become nuclear so they could protect themselves–clearly an answer without nuance.

Trump compounded what can be seen as his lack of understanding of nuclear issues during a Chris Matthews Town Hall, when he vacillated on the nuclear question. Trump went back and forth between “I would never use them” and I wouldn’t take them off the table.” A more nuanced approach would have been to state something like “use of nuclear weapons is not something a POTUS should ponder publicly.”

Don’t forget that in a recent debate Mr. Trump had no idea of what the nuclear triad was. The nuclear triad is a huge part of America’s deterrence. It refers to the fact that the United States is able to conduct nuclear attacks using airplanes, using missiles launched the ground, and/or from our nuclear subs. So if one is wiped out we have second strike capability in the other two.

Another example is the Middle East. Trump’s position on “being neutral” in Israel/Palestinian negotiations belies his pro-Israel history.  But he was speaking as a business negotiator, most candidates would a term like “fair arbitrator.” When he spoke to AIPAC last week Trump referred to “Palestine,” an indication of his lack of knowledge about the issue.  Some might say there is little difference between Palestine which doesn’t exist and Palestinian the term for the people who want a state, and in many cases they would be right. However, he was speaking before AIPAC where an understanding between the two terms is a key to convincing the audience of one’s support of the pro-Israel position.

Trump’s lack of anything more than peripheral understanding of the most serious issues facing America is a major problem with the Trump campaign. It has nothing to do with political correctness or the Republican establishment (although once this post is up, it will receive comments accusing me of each). It’s all about what a potential president does or doesn’t know. This isn’t a few friends talking politics over a few drinks, it’s someone running for president not having an understanding of the depth and nuances of important issues.

Mr. Trump may be correct when he says that he could shoot someone and his supporters wouldn’t abandon him.  But that only applies to the Republican nomination. If he does secure the nomination Donald Trump’s lack of understanding of key issues all but guarantees he will lose by the biggest margin in presidential election history. That’s despite the fact that his most probable opponent is under investigation from the FBI, for corruption and being cavalier with America’s secrets and the other one is a socialist.

If I didn’t know better, I would say that Donald Trump is trying to lose.